Kevin Morby, or a warming genuineness for a magical night at the Trabendo 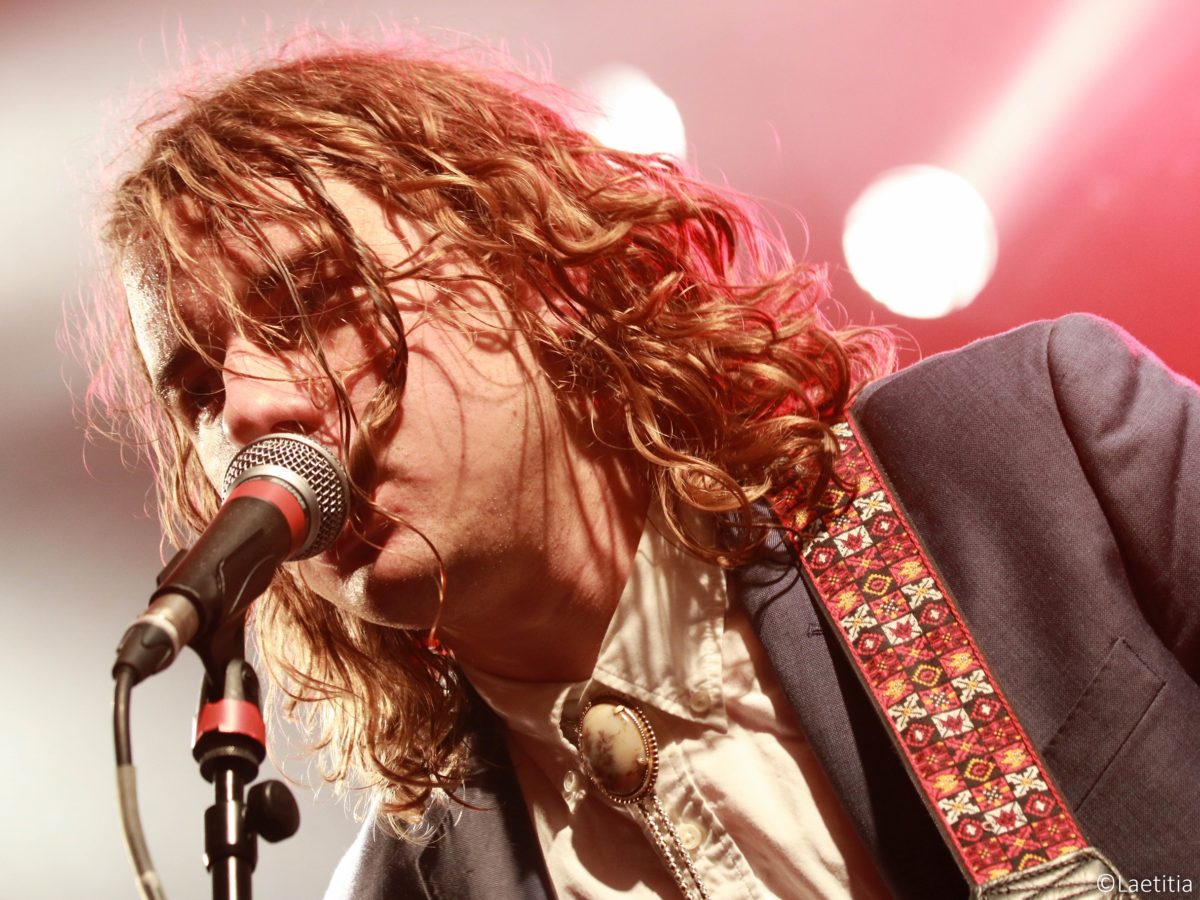 Thank you Paris for perhaps the most magical night of my career, or whatever you wanna call it. This is what Kevin Morby shared on his Facebook page the day after his concert at the Trabendo on November 11. And it seems pretty sound to say that the audience – including myself – would not disagree with this statement. Just two days before the tragic anniversary of the Bataclan‘s massacre, everyone in the room needed the warming genuineness taking place that night.

Although often categorized as folk music, there is a definitive edge to Kevin Morby‘s live performances, prevalent as of the band’s very entry. In front of an audience already warmed up by the fierce guitars of the opening act Steve Gunn, the band barged in and immediately drew the attention of the audience to the stage. Like on the new record “Singing Saw”, out now via Dead Oceans, the track “Cut Me Down” initiates the show calmly, but with a quiet energy to it. It is made clear, however, that the musicians are amongst those who mean business. The bass and drums are strong and steady, but it is Meg Duffy, guitar shredder and backing vocalist who would have stolen the show if Kevin was not a so good performer.

It would not be completely honest to call him a showman, but this is perhaps what makes him so entertaining to listen to. Most of the times, he seems utterly immersed in the words he’s singing, bleary-eyed, and looking into space. And the audience, rather than being turned off, looks equally engaged in response, even for those who cannot understand the lyrics. Yet for all the importance given to the content of the verses, the music too was honored by lots of instrumental breaks, and we all had our fill of solos during the night.

It is with the psychedelic ending of “Harlem River”, the eponymous hit of his sophomore solo album, that the concert really started to lift off. Responding to the cheering of the crowd, more familiar with this song, on stage the musicians began to dance, to make more eye-contact, and most of all Morby‘s curls, now shoulder-long, went flying around his head. Despite the pauses between songs (god do they like tuning their guitars), the energy never fell back, carried on by the balmy sound of the Fender Deluxe amps. Overall, Meg‘s work on guitars was outstanding, reminiscent of Jeff Beck’s musicality when soloing and George Harrison’s melodic taste when accompanying.

Yet the emotion certainly reached its peak with the more intimate moment. For despite his seeming timidity, Kevin Morby has its way for speaking with his audience, engaging them easily by his let’s-grab-a-beer-together attitude. Hence when he raised gloomier topics, such as Leonard Cohen‘s death or Trump‘s election, it felt like it just strengthens the cohesion in the room. And when alone with his guitar, he went on to play “Beautiful Stranger”, the song he dedicated to the victims of massacres and which sales profits go to the association Everytown For Gun Safety, the emotion became sensible, climaxing with the line “Pray for Paris”.

Thankfully, he never fell into the trap of sentimentality, and the best way to describe the nature of the emotions being shared there would be to qualify them as tender. Tender, the benevolent ways of singing songs of love and pain ; tender, the way that the band played together, or with the opening acts for a moving rendition of Leonard Cohen‘s “Passing Through”; and most of all, tender the welcome of an audience so happy to find the feeling of togetherness that had seemed to go missing during the past week.

Kevin Morby is still on tour in Europe. Check the dates below: