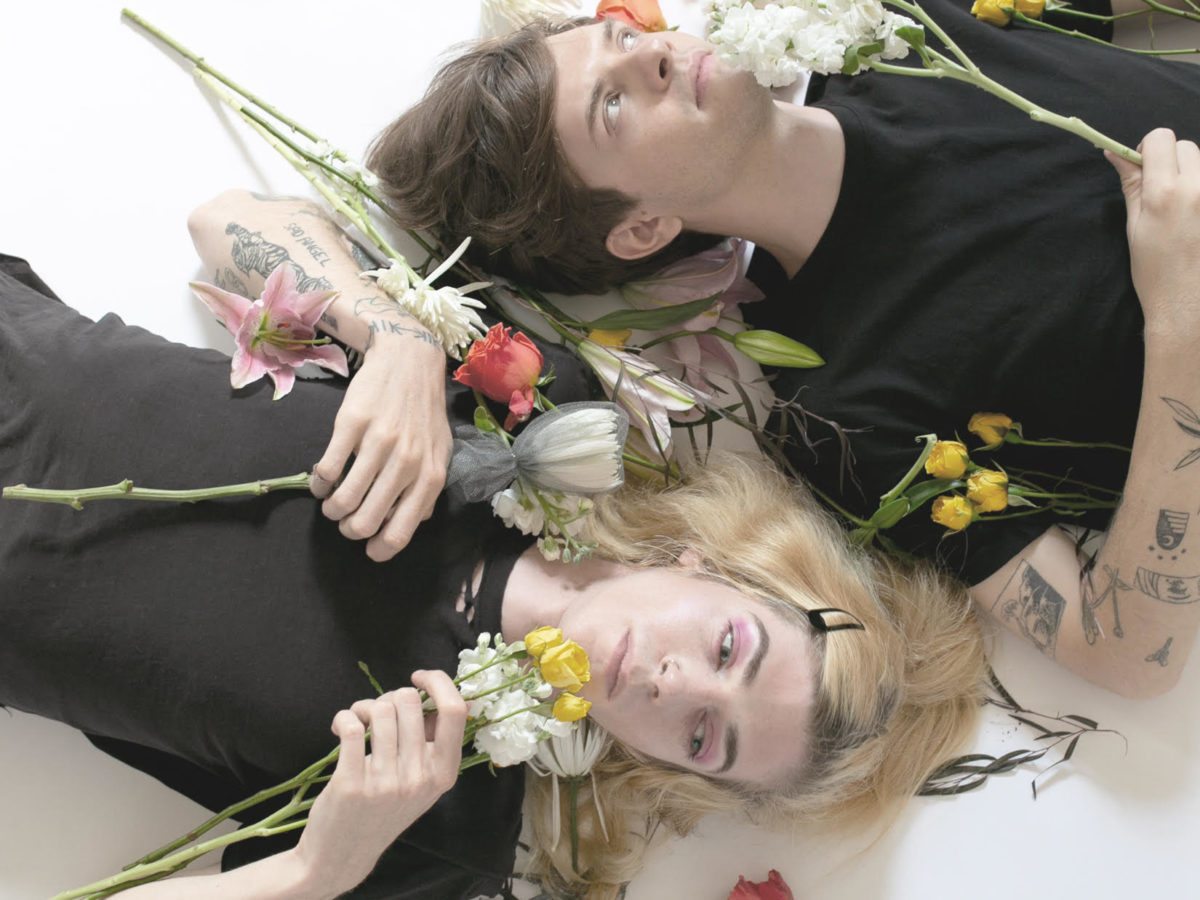 We all know 80s music is never going away. People talk about the 80s revival of recent years, but the truth is that the sound of bands like The Cure, Depeche Mode or The Smiths have lingered on for the most part of the past 30 years or so. A duo formed by Morgy Ramone and Trey Frye, Korine faithfully subscribe to the more electronic-tinged sounds of the 80s, channelling the dance-y yet melancholy vibes of the British new romantics and the more post-punkish side of New Order. If you are disappointed by the lack of activity in Cold Cave’s camp, this duo might be just the new act for you.

Korine are putting out their debut album “New Arrangements” in late October, and the first track they’ve premiered is “Heaven’s Servant”, a lush and epic song that, like most 80s-feeling tunes, is powered by a prominent rhythm section played with a synthesizer. And in case people weren’t convinced of how genuinely 80s Korine are, the video for the song includes footage of themselves playing and dancing during the headbang-deserving chorus while a woman dances in a graveyard. At a point where pretty much anyone with an internet connection can make a new wave song in a couple hours, it’s getting harder and harder to find bands that can nail the whole 80s thing without being ironic or tongue-in-cheek about it. The most honest compliment that can be given to “Heaven’s Servant” is that you could just slip it through an 80s playlist and people would eat it up without complaining.