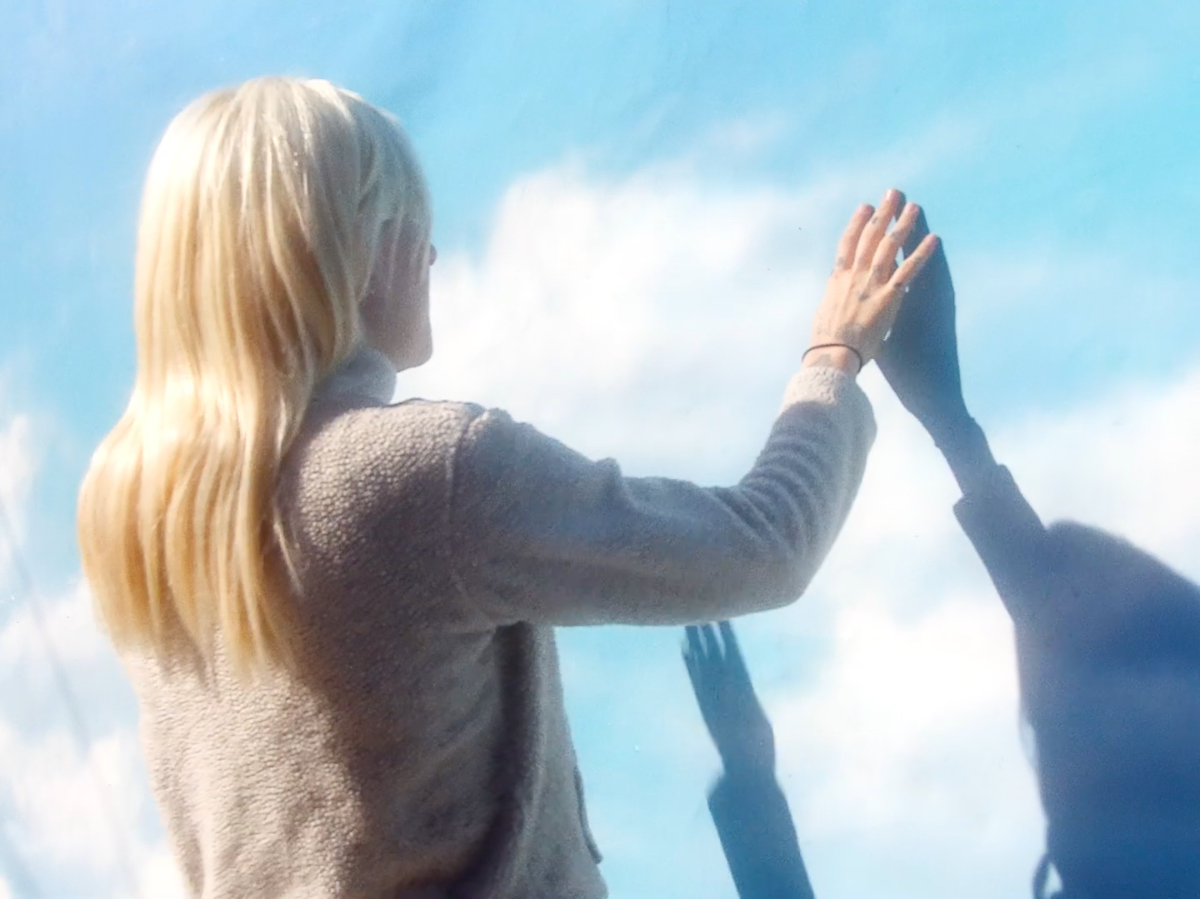 Fans of Lala Lala have come to rely on the Midwest outfit for radical straightforwardness. The project– a brainchild of Chicago-by-way-of-London’s 24-year-old Lillie West— offered a debut album that earned attention for its relatability with songs about boring conversations at boring parties, smoking too much, and dads. On this 2016 record, West ricochets between funny quips and cutting criticism; in the particularly biting standout track “Nothing,” West demands, “Look at my face when I’m talking / This is not funny / I won’t be nothing.” More recently, West garnered attention for “Siren 042”– a collaboration with producer WHY? that ended up amongst our Best Tracks of 2019— wherein she serenely admits, “And I’m sorry I was evil / I don’t do that anymore / I just copy other people / Try to forget what was before.” Her uncanny ability to capture futuristic ennui in a jar has given West a place at the table among today’s most exciting new acts.

That said, Lala Lala‘s newest single is devoid of snarky quips about cigarettes, as the track covers more nebulous, complicated territory. Listeners are reintroduced to West as she sits somewhere between a dream and a nightmare, set against a lush background of wispy synths. West ethereally sings, “What height is the ceiling this time? / It doesn’t change the manner of it.” She continues, “I stumble like a dog / On these jagged rocks / While hawks hang overhead. / Who will I love in the end?” Here, West exhibits her ability to create an immersive scene before asking a signature cutting question about the nature and direction of everlasting love. Though short in length, the track represents a large shift for the singer-songwriter.

This single is the continuation of her partnership with WHY?‘s Yoni Wolf, a collaboration that has succeeded in presenting West’s greatest strengths as a vocalist while also exposing her skills as a formidable songwriter. “Legs, Run” is certainly West‘s strongest vocal offering yet, truly showcasing her power as a performer beyond just providing a voice for the strung out and over it. While early releases were treasured for their grimy, gritty, off-the-cuff nature, the latest with WHY? have showcased a sophistication, focus, and durability that earlier projects have perhaps lacked. In the past, West always seems to be either whispering a secret or yelling an insult. On this newest release, she finds balance: she just sings. Check out Lala Lala‘s new direction below, including a stunning music video that draws inspiration from the dissociative cult classic The Truman Show.