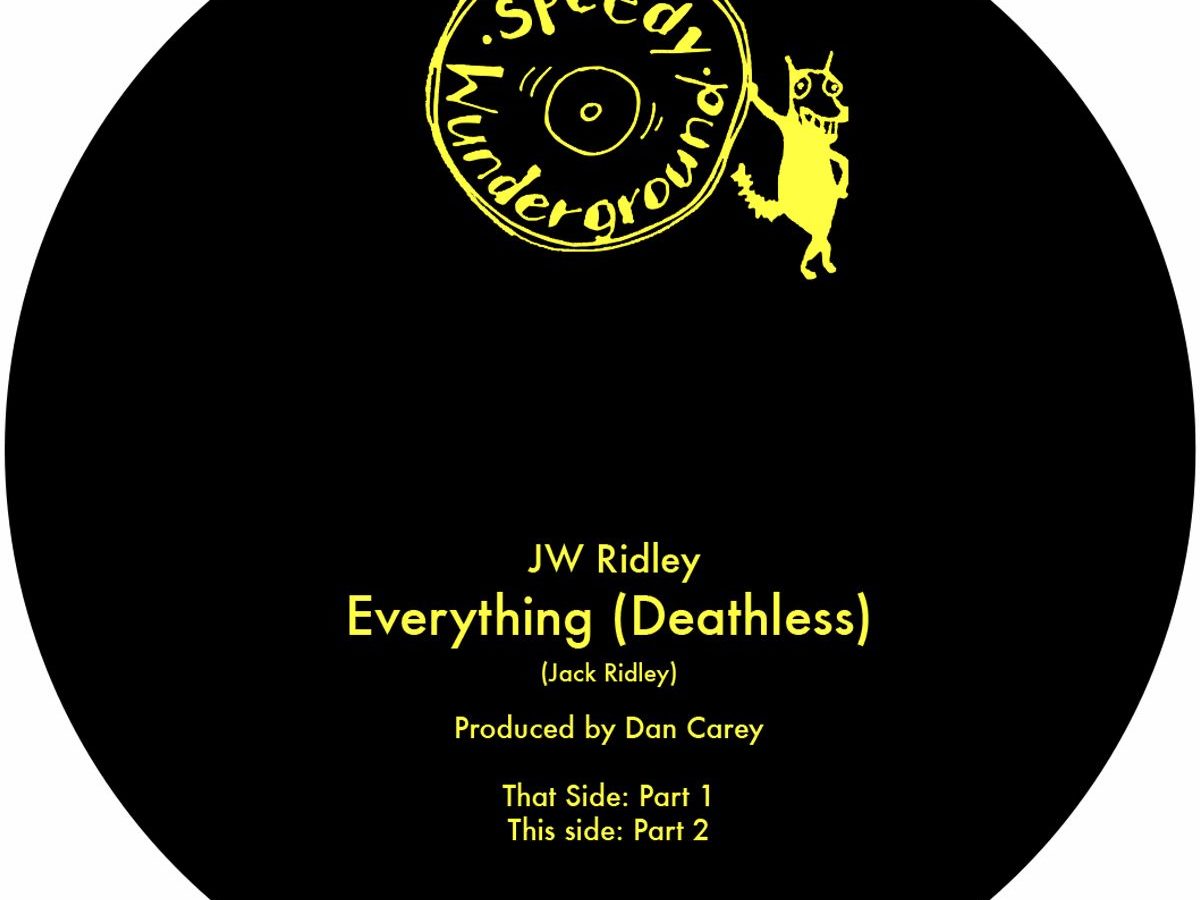 JW Ridley is the stage name of London-based artist Jack Ridley, a former art school student who started to make music in his bedroom as a way to overcome personal issues. His improvised studio enabled him to record 4 demos. These four tracks eventually made it to the ears of Speedy Wunderground‘s Pierre Hall and one thing leading to another, the label’s 20th track will be JW Ridley‘s debut single “Everything Deathless”.

Since its release, the track has received a lot of love from the blogosphere but also support from BBC Radio 1’s Huw Stephens and has been played on Beats 1. Moreover, the artist is now managed by the PIAS Team, like Ten Fé and Petite Noir. Obviously, JW Ridley has now everything to stack the odds in his favour.

JW Ridley‘s debut “Everything (Deathless)” is an instant indie classic

“Everything (Deathless)” was produced by Dan Carey who has already worked with Django Django, Hot Chip, or Bat for Lashes. It is an indie gem that actually sounds like an instant classic. The artist drew inspirations from The Cure and the electronic arrangements bring the relevancy and the freshness of now. The rendition is powerful and it will become the soundtrack of your nocturnal high-speed drives on the motorway.

JW Ridley‘s debut “Everything (Deathless)” will be available via a limited 7″ on Speed Wunderground on February 10.