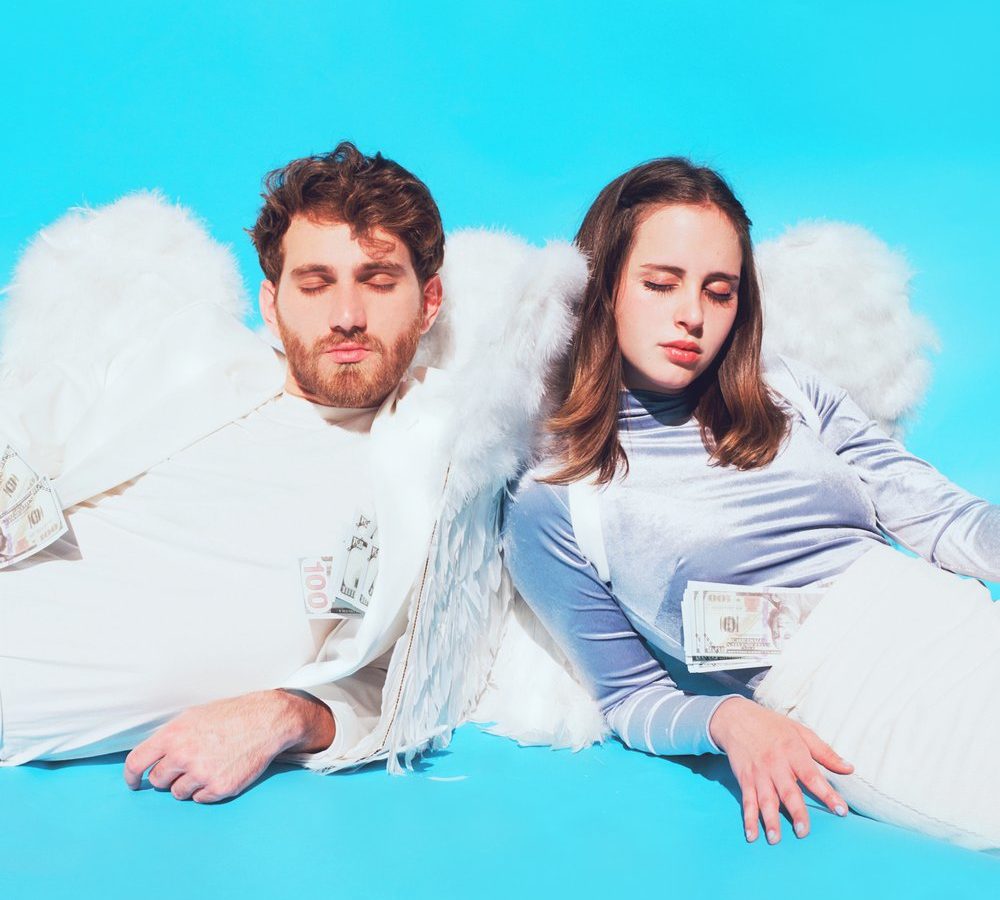 Los Angeles-based pop team Magdalena Bay blend old and new with their newest single “Only If You Want It”.

Britney is back. Okay, not really, but the next best thing is here. Miami-born and LA-based futuristic pop duo Magdalena Bay‘s newest single “Only If You Want It” pays testament to the the saccharine sweetness that defined the early ’00s music landscape with a sprinkle of what the later ’30s might sound like. The marriage between nostalgic and futuristic results in an incredibly delightful, delectable, and danceable listen.

The track begins with blossoming synths and a pulsating beat that explode into a sugary sweet song about a sick obsession with a new lover and sexual cannibalism, or when a female cannibalizes her mate prior to, during, or after copulation (your choice). Lead vocalist Mica Tenebaum sings about a relationship wherein one partner seems to take advantage of the other, quipping, “Pushing your buttons up and down / Draw on the walls / Won’t kick me out / It’s something magic and I won’t quit / You’re my obsession.” Songwriter partner, backup vocalist, and producer Matthew Lewin provides the sonic spine of the song– including an incredible bridge featuring inventive, twinkly computer effects– that never ceases to surprise.

It’s difficult to make such mindlessly exuberant pop music without verging into camp, which is certainly a pitfall that fun-focused contemporaries like Confidence Man and Poppy have fallen into. Somehow, Magdalena Bay succeed in straddling the line between paying homage to the old without ever sounding stale, pushing towards the future without seeming overly edgy. Like all of their tracks since 2018’s debut EP night/pop, this release shows the most elegance when meshing the sounds of the old with the vibe of the new. Watch the accompanying self-directed video below, only if you want it.