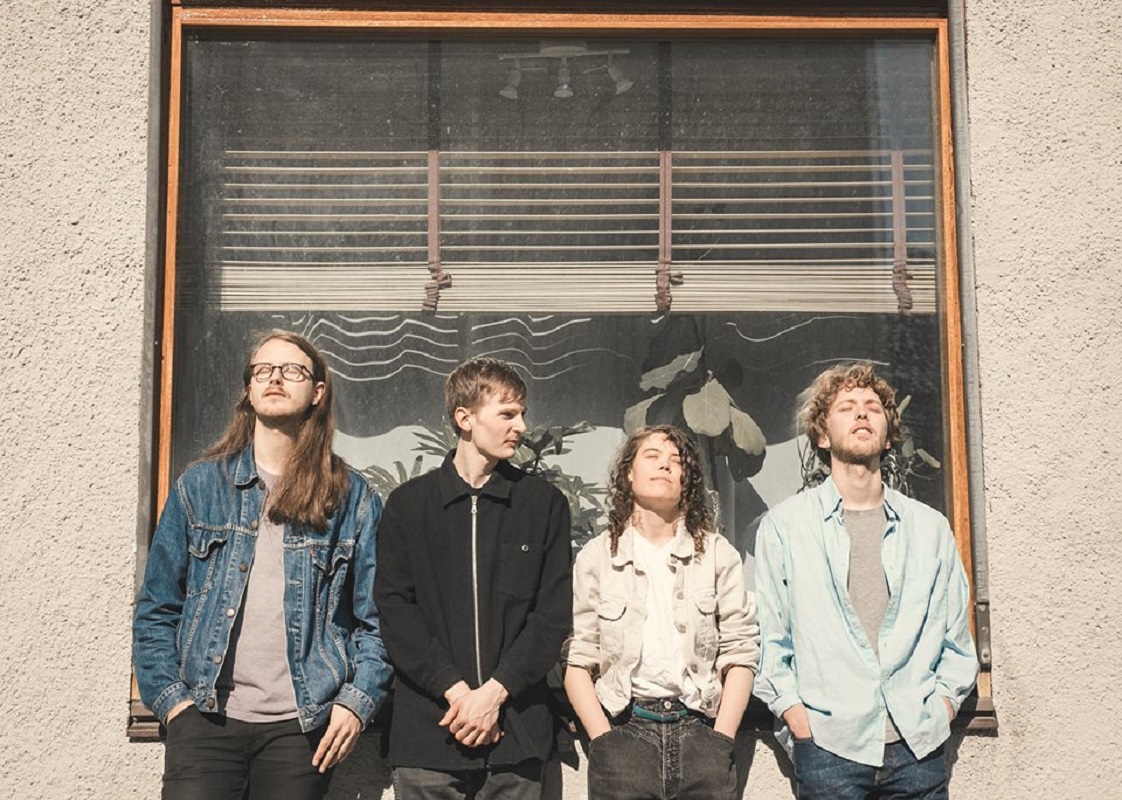 Stockholm’s Melby share lead-off track from debut album, None of This Makes Me Worry, due in April via Rama Lama Records.

There are many reasons to love the music of The Beatles, one of which is the simple fact that nearly their entire discography can be enjoyed by both children and adults of any age. Often, older folks wish for youngsters to “turn off that infernal racket,” while the kids are bored by the “old fogey” tunes their elders sing along to. But pretty much everyone can agree on The Beatles, who managed to create a catalogue of music that’s at once childlike and mature. And Swedish psych-pop outfit Melby‘s new single “VCR,” the lead-off track from their forthcoming debut LP, just may have a similar ability to bridge that cross-generational divide.

One could be easily tempted to loop the first thirty seconds, the opening is so gorgeous. A charming keyboard plays a descending chord progression before drums, bass, and organ join in to fill out the arrangement. At the risk of hyperbole, imagine a mash-up of the beginning sections of “Dear Prudence” and “Lucy in the Sky with Diamonds” — from the chords to the instrumentation — and it would sound a lot like this. But then singer Matilda Wiezell‘s exquisite, wise-beyond-her-years voice enters the mix, and “VCR” tells an endearing story of finding the family’s old video cassette player and re-watching forgotten home movies of her childhood.

Melby‘s songwriter and guitarist Are Engen Steinsholm says about the song:

I tried to write lyrics for it a lot of times, but they never got any good. Until I sent a sketch to my sister, and in some hours she had written this wonderful childhood-story. It is not autobiographical, but I really get where she is coming from when she writes it, which makes the whole thing very sentimental to me. The themes of the lyrics also gave us some ideas for the production of the song. We used a toy-synth, and the buzz and clicking-sound of inserting a tape into the VCR in the intro, to give it some kitschy growing-up-in-the-90’s vibes.

With only an EP and a handful of singles to their name, this impressive, young quartet already sounds fully formed, confident, and poised for greater success with April‘s amazingly titled None of This Makes Me Worry. And if Melby‘s lovely “VCR” is any indication, we should certainly be excited for spring.