Moses Sumney finds clarity after the storm in “Indulge Me” 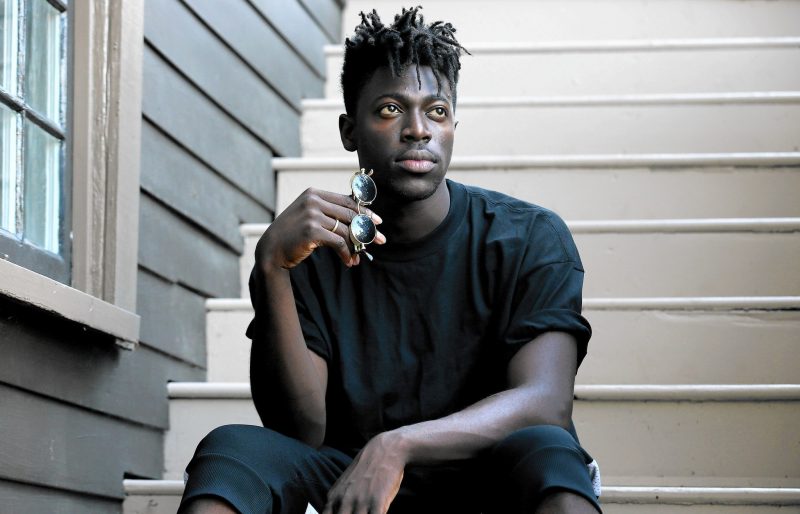 To indulge in being alone but not feeling lonely is a gift that we all must accept at some point in our lives. Indulging in that loneliness and creating a clear head space from that once sorrow or confusion. Where the resolve from ending a love with someone is indulging in oneself and admiring the calm after the storm. Moses Sumney has created this clarity in his latest track “Indulge Me.”

The title proving to be a reflection of the harmonies and soothing guitar strums, the track is aligned with a simple, soft melody that carries you like a wistful wind.

Sumney opens his first verse by saying, “All my old lovers have found lovers,” words that are simple yet bare a grave magnitude. Where love coincides with risk of it being unrequited, The artist conveys a peace that he’s made with his lovers unrequited love. Now he’s separated himself from romantic endeavors while his old lovers move on. Yet, he isn’t troubled and it seems to be somewhat satisfyingly indifferent to him.

Moses Sumney accepts his anxieties and finds himself in loneliness on “Indulge Me”.

Creating pleasure from loneliness is a process of forgetting and admiring your solitude by completely becoming it. Not loneliness per say, but the art of accepting your anxieties and finding yourself in that loneliness. Where nobody can trouble you, your body or your mind. Where you can get completely lost in indulging in whatever you may desire. This track is soothing in more ways than one. It switches up from the tension and heightened malaise that rings throughout “Quarrel” and it creates more of a defining moment. “Indulge Me” turns into a moment of peace. For Moses Sumney, it seems to be a resolve to his past demons. The solitude of the guitar strums carries the wistful desires of the synths. The track bares no weight and it’s honest and pure.

Having released “Doomed” and “Quarrel” before “Indulge Me,” these tracks have released ahead of his upcoming LP titled “Aromanticisim”. With a word that powerful, yet undefined in the dictionary, his tracks released thus far are arranging this word as a defining moment to his music. Moses Sumney seems to be separating himself from romanticism and the tortures that come with, and he’s fulfilling his own pleasures. He shifts from questioning whether he’s doomed by living his life without a purpose because of his idle heart. Then he awakens his fight in “Quarrel.” “Don’t call it a lovers’ Quarrel,” he says. His fight ends with peace and solitude in “Indulge Me.” Where he’s indifferent, where he doesn’t have to think. It’s just him, his heart wrenching vocals and his guitar, strumming to the beat of his idle heart. He no longer has to question his unrequited love, his lack of feeling for his past lovers. In reality there isn’t anything wrong with his lack of love. He has realized that he does bare and idle heart, so his resolve was to write an album.