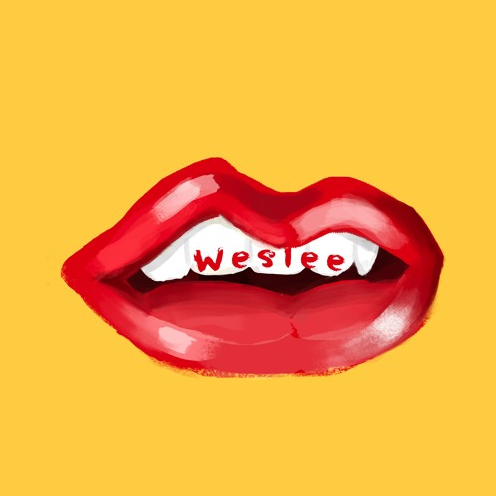 London based duo Weslee is a mysterious enigmatic double persona, with an enveloping sound of electric suspense. Their music brings you from one crescendo to the next, to a heightened experience. Their flow is an escapade of synthetic sounds and a rush of adrenaline that peaks at the height of their song “Gassed” which was featured on BBC’s “Hottest Record in the World.”

Weslee, comprised by Josh and Emma, are an unknown pair that bring you from one beat to the next in an allure of sounds and seduction. Their latest track will not be their last, their charm is apparent and their faces are unknown, yet they created that diversion to allow the music to speak for itself. Josh explained about it:

Neither of us wanted it to be about us.. it was all about the music.. we were shy and introverted and we were like how do we be artists without showing who we are..

Weslee’s’ up and coming EP will be out this Summer according to what Josh told BBC radio in a recent interview. Once they release the tracks, they have to reveal themselves at some point. Until then, they’ve managed to keep us all on the edge.