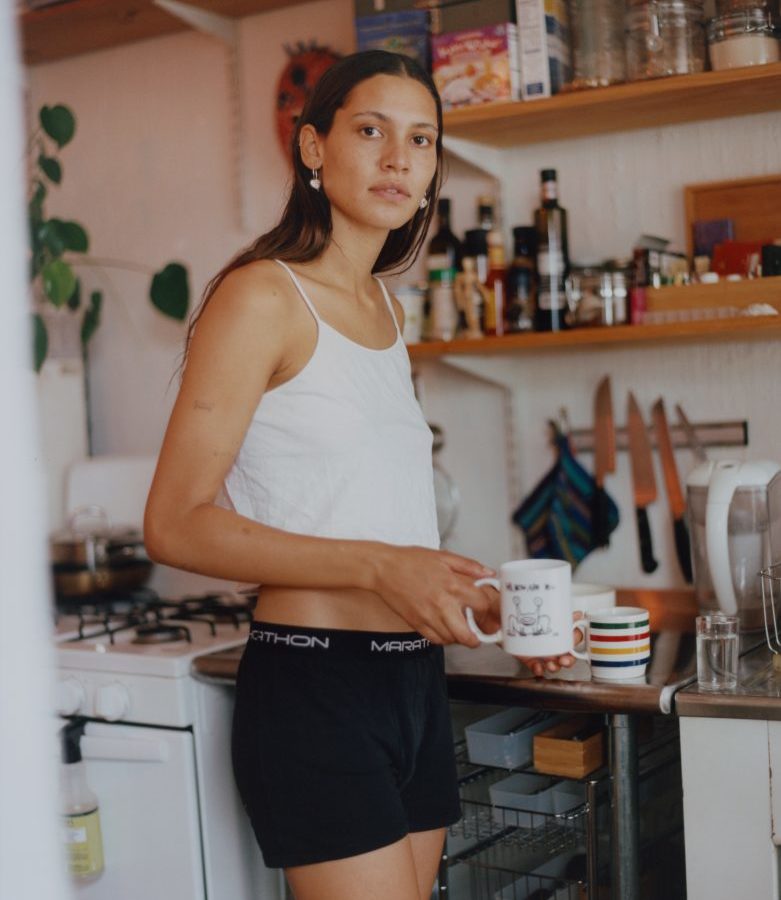 Kaya Wilkins AKA Okay Kaya is never one to let her music go stagnant. It’s therefore unsurprising that in her final single before the full drop of her album, she would mix it up entirely.

The single prior to “Psych Ward”, “Asexual Being,” was a throbbing ode to 80’s dance music inflected with new wave synths, an upbeat rumination charged with sexual frustration. However, Okay Kaya strips it back with her brand new single. Relying almost entirely on one repeated guitar riff to make up the body of the song, “Psych Ward” sounds like a jaunty indie-pop banger. As a track, it evokes flashes of Pixies in the ringing electric guitar that swells to hold the song firm. Wilkins vocals, layered and harmonic, possesses a buoyancy that creates a delicious joviality; whilst the song is about a psych ward, it’s surprisingly fun in tone.

The video accompaniment sees a despondent and catatonic looking collection of patients following instructions in various group activities, including “dance”, painting and ping pong. This is interspersed with a playfulness, shown in one shot where a “patient” sticks her tongue out at Wilkins to have her return the gesture.

True to Okay Kaya’s unorthodox nature, the visuals also have shots of the “patients” writhing around in the dark, shot in night mode to give the bodies an ominous luminescence. This is followed by a glaring red and blue light, which turns out to be sourced at a strip club, as Kaya Wilkins swings around a pole under the pulsating lights.

The entire vibe of the song, the dichotomy of the very real experience Wilkins had in a mental health institution paired with the impishly fun tone constructed by the soundscape, creates a tongue in cheek listening experience. Watch the accompanying video, that she co-directed with Adinah Dancygerand, and pre-order the album via Bandcamp below.