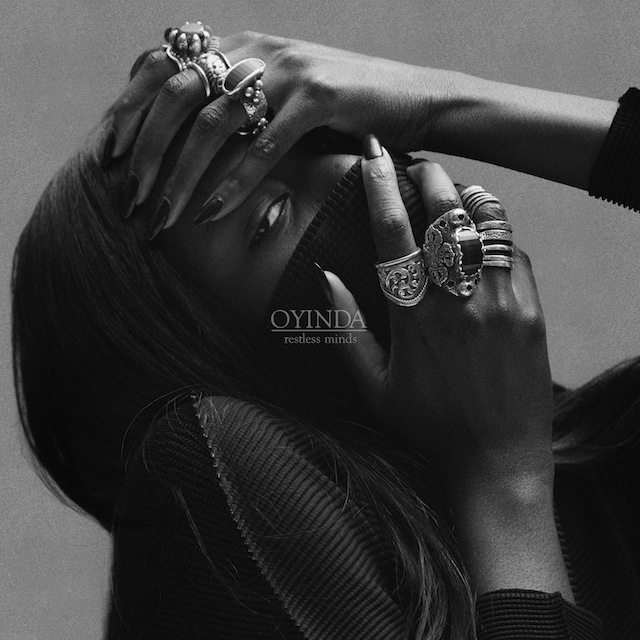 Mysterious Nigerian singer-songwriter and producer Oyinda, that we follow since her amazing track “The Devil’s Gonna Keep Me”, just released her second EP “Restless Minds”, via her own label Blood & Honey. The 5-track project demonstrates that the young artist is a must-watch act this year. Indeed, 2016 will be an important year for her and her EP “Restless Minds” is a solid project that should give her the best possible odds!

Oyinda was born in Nigeria but she moved to London with her family when she was young in order to escape the political instability. She finally chose the Big Apple to start to develop her skills across songwriting, vocals, production, and music video direction. She is still based in New York now, where she lives with her two cats. I don’t know why but I could have guessed Oyinda has cats. Maybe I base my premonition on this dark and bassy side that you can find in her music, and probably even more on “Restless Minds” than on her 2014’s debut “Before The Fall EP.”

The opening track, “Serpentine” was self-produced and mixed by American electronic musician Henry Laufer aka Shlohmo. It is an irresistible and sensual avant-garde R&B song where the rhythm suddenly breaks to give life to something that almost sounds like another track. It’s like if you were observing a flower which was blossoming in front of you.

Oyinda’s “Restless Minds EP” owns a visual atmosphere but you don’t even need a video to see the pictures appearing. Her voice and her productions are better than any screens.

Like FKA Twigs, she offers smart and original creations and her voice is convincingly bringing them to your ears.

Of course, the EP features the infectious “Never Enough” and the hypnotic “Flatline“, that were previously released. “Days Fast Forward” is a misty dark piece of R&B that features a mystical sound of flutes. “Out Of Touch” is a mix of 90s R&B influences and modern low-key vocals.

What is really appreciable about the EP is that there is a sonic continuity: the end of “Days Fast Forward” is perfectly introducing “Never Enough”, like “Out Of Touch” and “Flatline.”