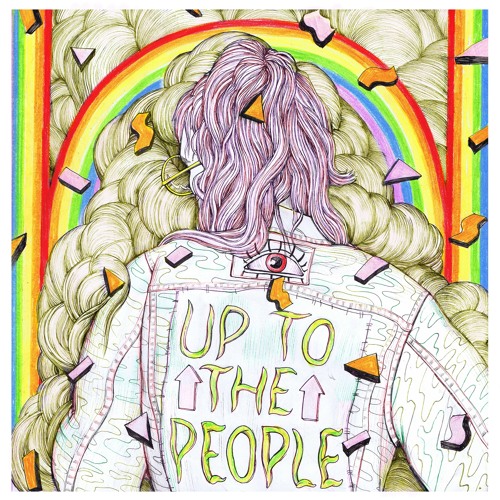 In less than a month, art-pop artist Petra Glynt will be releasing her new album “This Trip”. The artist has just shared the third single taken from this LP. “Up To The People” also comes with a Doldrums remix and a list of concert dates.

Following up to “This Trip” and “Fell In A Hole“, Alexandra Mackenzie aka Petra Glynt shares a new single before the release of her upcoming album. Once again, the uptempo track has a social dimension as the artist is – almost – rapping about capitalism’s fails. About the track, she detailed:

“Up To The People” comes from the year 2013. It’s about the end of the Occupy Movement and the globally internalized realization that the world is controlled by a 1% elite and how strong we really are as the 99% for our sheer numbers and diversity. There’s power and beauty in feeling that. That year was a poignant brain shift for me and I was empowered by my own rage and in awe of brave people and community organizing for the sake of challenging capitalism and the 1% elite. This song is basically giving props to those people.

The Canadian artist has also collaborated with her friends of Doldrums for a twisted and tougher version of the track.

Now, we know everything about the album “This Trip”, which is set to be released on October 27 via Damian Taylor‘s imprint Vibe Over Method. Check the final tracklisting of the album below.

Lastly, Petra Glynt will hit the road to promote this new project. Here is more info about her itinerary:

~ with Bobbypin
* with Doldrums
^ with EMA, The Blow