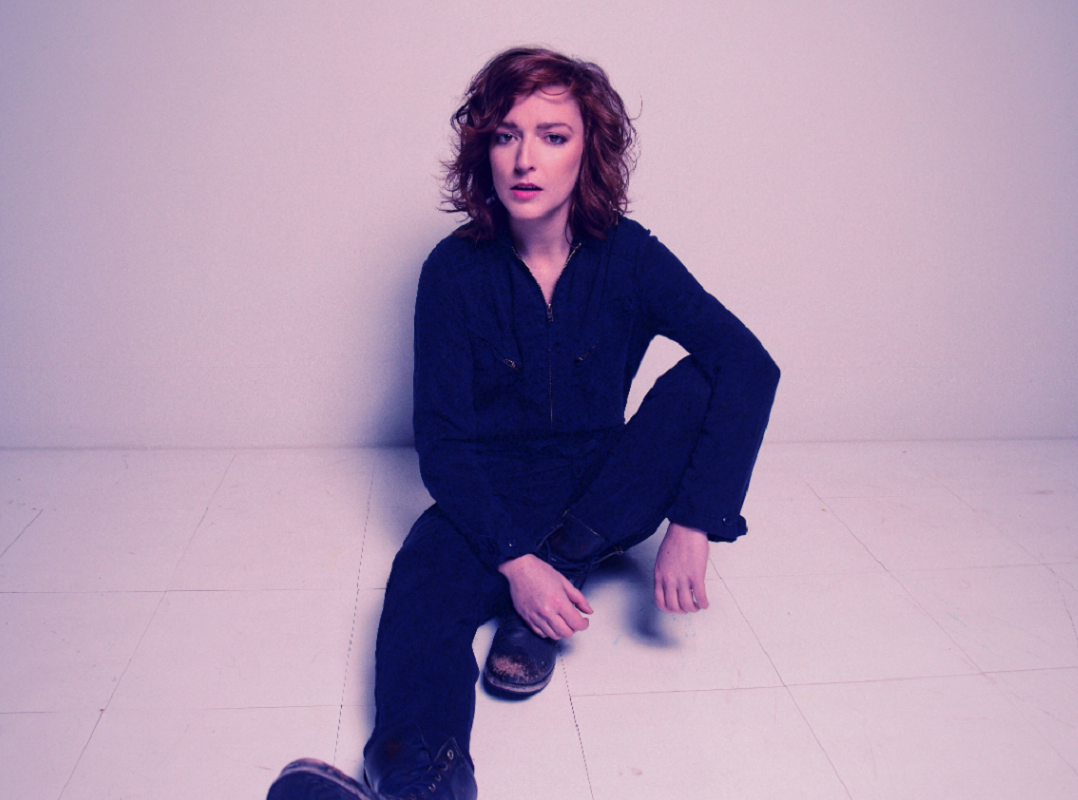 Pronoun‘s full-length debut album, I’ll show you stronger, is out on Rhyme & Reason Records this May.

Hooray! If you are in need of some good news, look no further: pronoun has announced her debut album, i’ll show you stronger, set for release on May 24! And accompanying this exciting announcement, she has also shared a new single, “stay,” the latest taste of what we can expect from the new album! Hence, all the exclamation points!

For those unfamiliar, pronoun is the Brooklyn-based, one-woman-band project of Alyse Vellturo, whose 2016’s debut EP There’s no one new around you was fifteen minutes of beat-heavy, melodic, propulsive heartbreak. Then a few months back, she collected three new songs to tease the upcoming full-length, including standout track “wrong,” one of the most irresistibly catchy earworms of last year. Which brings us to her new offering “stay,” a frenetic, uptempo dazzler that, despite being firmly rooted in indie-pop, almost begs to played in an arena.

In “stay”, a series of fuzzy and shimmering guitars intertwine with a driving bass line and synth ornamentation. They all played against a relentless, manic drum beat with steady open-close-open-close hi-hats reminiscent of Old World Underground-era Metric. Add to this Vellturo‘s expressive voice – from the rasp of the verses and the hiccuppy delivery of pre-chorus lyric, “Feels like I’m standing in the middle of the road,” to her lushly soaring background harmonies – and you’ve got this anthemic sugar-rush of melancholy. About the mood of the track, she stated:

It basically walks through the moment that a break up occurs: staring at the ceiling, pacing around the room, hearing the clocks count the seconds, the only thing that reminds you time isn’t standing still

Pronoun describes the sound of her new album as “indie-emo-bedroom-rock-that-no-one-asked-for,” an assessment that’s self-deprecating and reductive. With limited production expertise, she records in her apartment by herself – but listening to “stay,” you would never know. It’s an expertly crafted piece of pop made to make you dance when you’re sad, sing along, and then feel better.

With every new release, pronoun continues to demonstrate her gift for creating the kind of sparkling, super-melodic, guitar-driven pop songs that could have appeared in any number of 80s rom-coms — the soundtrack to that moment after the main character realizes the love-of-his-life will never return the sentiment, but before he learns that’s a good thing. And that previous sentence was most definitely meant as a very good thing.