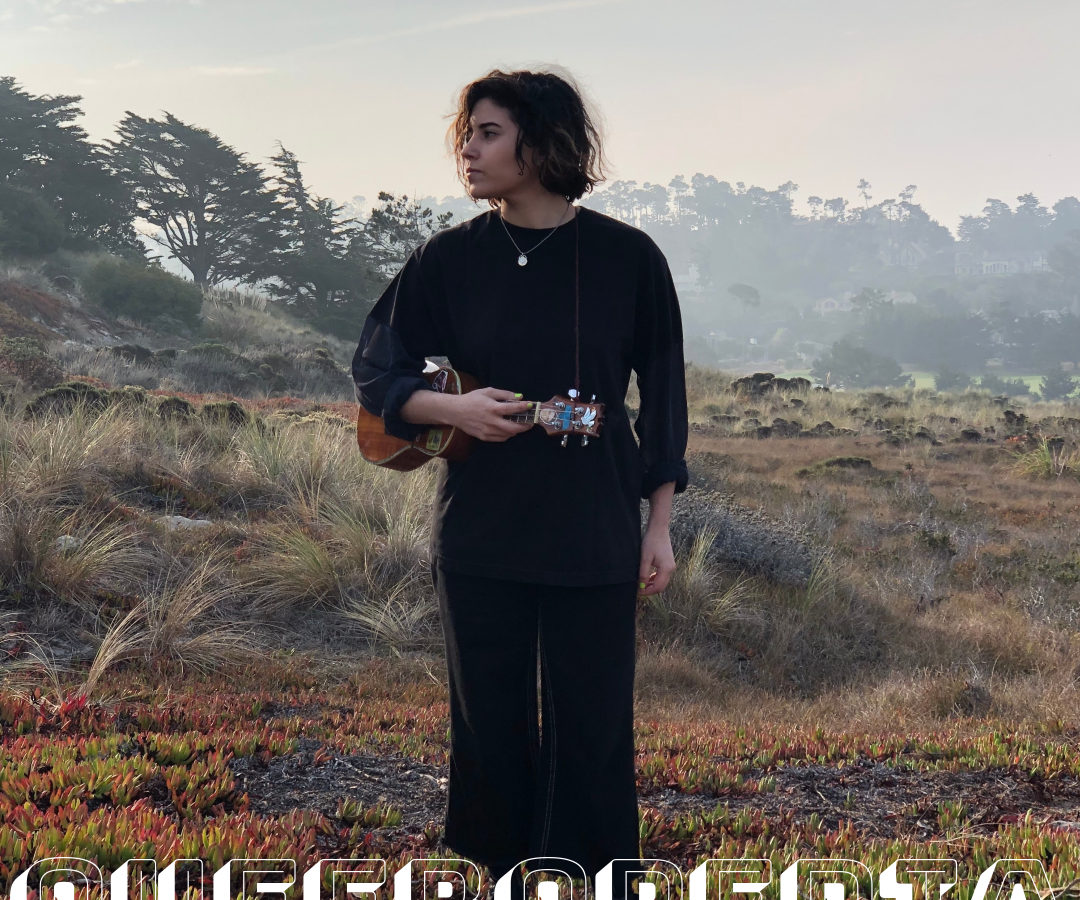 On April 26, Jackie Mendoza will unveil her debut EP LuvHz on Luminelle. To celebrate this upcoming release, we invited the singer-songwriter to curate the new edition of our Queeropedia playlist.

Queer singer-songwriter Jackie Mendoza was raised in a conservative Mexican family and, like a lot of LGBTQ kids, she was not able to express who she truly was at home or at school. As a teenager, it is not easy to build your own identity when you have to face such strong contradictions. In an interview with NOTION for LGBT history month, she stated: “Repressing this part of my identity made me sad and reclusive for a very long time. As much as I tried, I couldn’t fit into the religious setting because I felt ashamed and invalidated.” As a consequence, Jackie Mendoza found a refuge in arts, starting doing musical theather and eventually music.

Back in 2017, she moved back back to San Diego from New York and decided to come out to her parents by telling them she had a girlfriend. Now totally assuming her sexuality, she naturally sings about it in some her introspective tracks. Softly psychedelic and experimental, her ukulele electro pop ballad “De Lejos” is actually a love song about long distance relationships and dedicated to her partner Lucia. Her latest offering, “Seahorse,” was directly inspired by these animals that take on equal responsibilities in the relationship, ignoring the roles traditionally pre-established by gender.

With her Rusty Santos-co-produced debut EP just around the corner, we invited Jackie Mendoza to pick 20 tracks that are somehow related to her queerness and her experience. You can check her playlist and read her accompanying short statement below. All the previous episodes of Queeropedia are still available via our Spotify profile.

Expressive, energizing, and strong are a few words to describe the artists on my “Queeropedia” playlist. Ever since I came out to my family in 2017, I have felt free to communicate more parts of my identity in my music. Some of these artists inspired me to do exactly that!