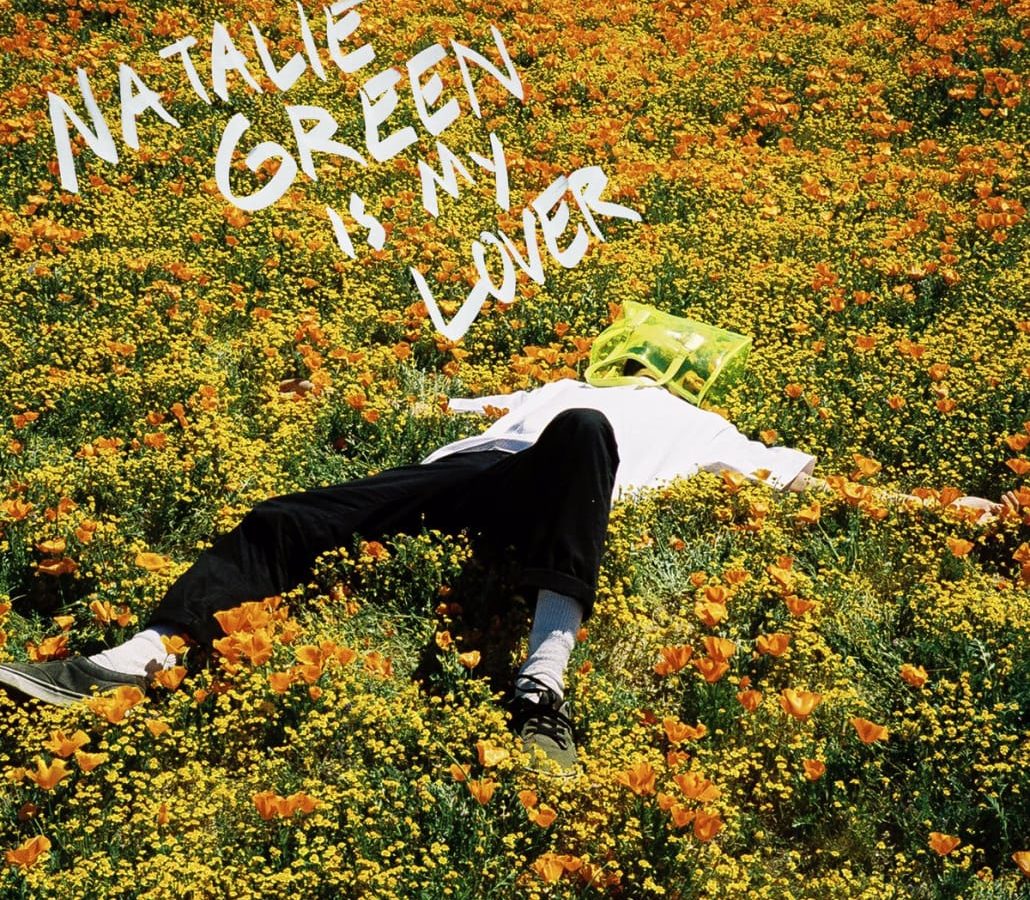 With his first EP, ‘Natalie Green Is My Lover’, the eponymous – and male – artist Natalie Green brings together two iconic pieces of America’s rich history of the queer and the stranded.

Firstly, hip-hop makes its way into the mix through spoken words, intricate harmonies and sample use, as a shout out to Frank Ocean, Childish Gambino or Rihanna. But the electric-guitar riffs, energetic drums and the overall nostalgia also link this debut EP back to a teenage rock more fashionable at the turn of the century. In the light of such a record, the two traditions suddenly appear to have a surprising kinship, not so much in the music as in the feelings they share. Sometimes the fear of being marooned in a society that seems to have so much to give, or some other time a shy anger, doubtful of its own power reunite the two genres. At the core of this parallel, there’s a common struggle to turn the blatant injustice into positive energy – and although the five songs on the disc may sound rather moody and pessimistic, you can feel the joy being drawn out of the mere ability to voice this anxiety.

As he explained to Pigeons & Planes who premiered the EP, Natalie Green recorded the five songs in it from the back of his car, which was also his home at the time. Why exactly, he does not say, but he hints several times at the reason why, never throwing stones at anybody but himself: « I hurt the ones I love / and I dreamt of those I hate / And took time out of my day to / Repent for what I did » he sings in ‘2nd Street’ – which may be the more convincing track of the five. And never in ‘Natalie Green Is My Lover’ does he give more details about what exactly brought him here. The lyrics are introspective but not exactly telltale, scratching the surface of the feelings but seldom going deeper, as if by fear of waking up some appalling, long-time asleep monster.

Overall, it feels much like a collection of songs written and recorded in transit which turn out to be a condition for settling down. Recording music appears to be a channel to right wrongs, to make things even and hope for a new beginning, which has been postponed hitherto: « Until I get this right / Don’t hate me » he sings in ‘Orange’, bringing forth the transitional state he is in. Behind the first impression of helplessness, it is the will to make something beautiful out of deprivation that make this sophomore record so special and promising.