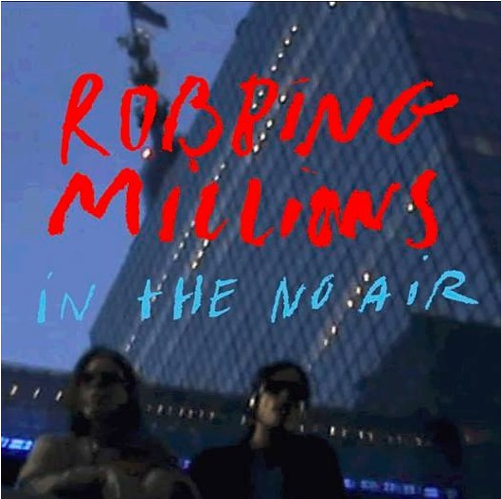 Our Belgian friends of Robbing Millions are dreaming big with the release of their self-titled LP! And it looks like an international audience is already welcoming them with open arms! Listen to their new track “In The No Air“.


The track is an ode to Robert Wyatt’s number of the same name, and describes a bickering couple with a dog who have fallen on hard times. Their last hope is a holiday which they then appear unable to afford. Complete with the ultimate anti-hero phrase: “When I go out I picture myself in a movie – I am the hero who’s lost a lot of weight.”

The track is particularly catchy. It abandons a bit the bedroom smooth psychedelia that we are used to hearing in their track in favor of a bouncy instant pop music.

“In The No Air” is featured on Robbing Millions‘ debut self-titled LP out via [PIAS]. It also features the previously released singles “8 Is The Figure That I Like The Most” and “Dreams Like Photographs“. Besides this release, the band will be playing at Pitchfork’s Avant Garde Block Party in Paris on October 26. Their tour will bring them also to the stage of the Ancienne Belgique on October 31 in Brussels.

Connect with Robbing Millions on Facebook, Twitter, and Soundcloud. “In The No Air” is now added to our daily-refreshed Spotify playlist: DAILY DOSE FOR MUSIC JUNKIES.