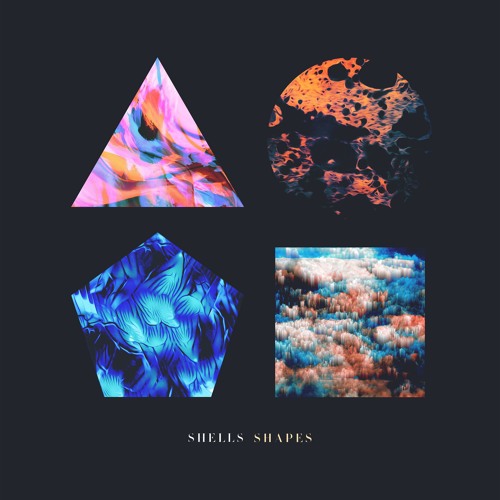 Singer SHELLS is an up-and-comer out of the UK. She recently released “Shapes“, and it’s surprisingly well-composed for a debut EP. Overall the release has a folk-pop feeling, due to the strong storytelling elements. There are hints of other genres scattered throughout, though, giving this songwriter an immediate edge.

SHELLS caught the attention of those within the indie music scene with her single “Jailbird“. It’s been uphill from there, and she has continued to grow and expand as an artist. She has been remarkably open about her creative process and the story behind the EP, which adds to the intrigue. Listening to a quality track while reading about the inspiration behind it is one of the best ways to discover new music. The insight and understanding divulged enhance the connection between artist and listener, making music all the more enjoyable.

The track “Gold” served as a sound palette for the rest of the EP and set the tone. The combination of cello and synths is executed beautifully. The “Gold” can be any number of things for the listener, making it relatable across a wide range of audiences. For SHELLS, the “Gold” is unconditional love, not present in certain individuals but spread throughout everyone. The track “Jailbird” continues the instrumental set established in “Gold,” and feels playful when focusing on the tune alone. If you listen closer, however, the lyrics have quite a contrasting message: “tearing down the halls to see the light once more, not gonna be a jailbird anymore.” The track is about feeling trapped inside a relationship, and the expedition that is “escape.” The clever contrast between an upbeat tone and a serious subject mirrors the idea that everything looks okay on the surface.

While SHELLS does produce a few quality tracks, she does leave us with some concerns. We’ve harped on originality before, and we’re about to again. Finding inspiration in other artists is an intelligent way to jumpstart the writing process. However, when the similarities start to become too frequent, songs go from fun and familiar to disturbingly derivative. The track “Jagwar” feels very similar to early Lana Del Rey, in the 2012-2013 regime. The first twenty seconds are extremely reminiscent of “Young and Beautiful”, leading to a ray of doubt in this artist’s creative abilities.

SHELLS new EP “Shapes” has some unquestionably good tracks. She has displayed a remarkable aptitude when it comes to composition, specifically in relation to her cello portions. There are some concerns about originality, however – her next release is awaited with much interest.