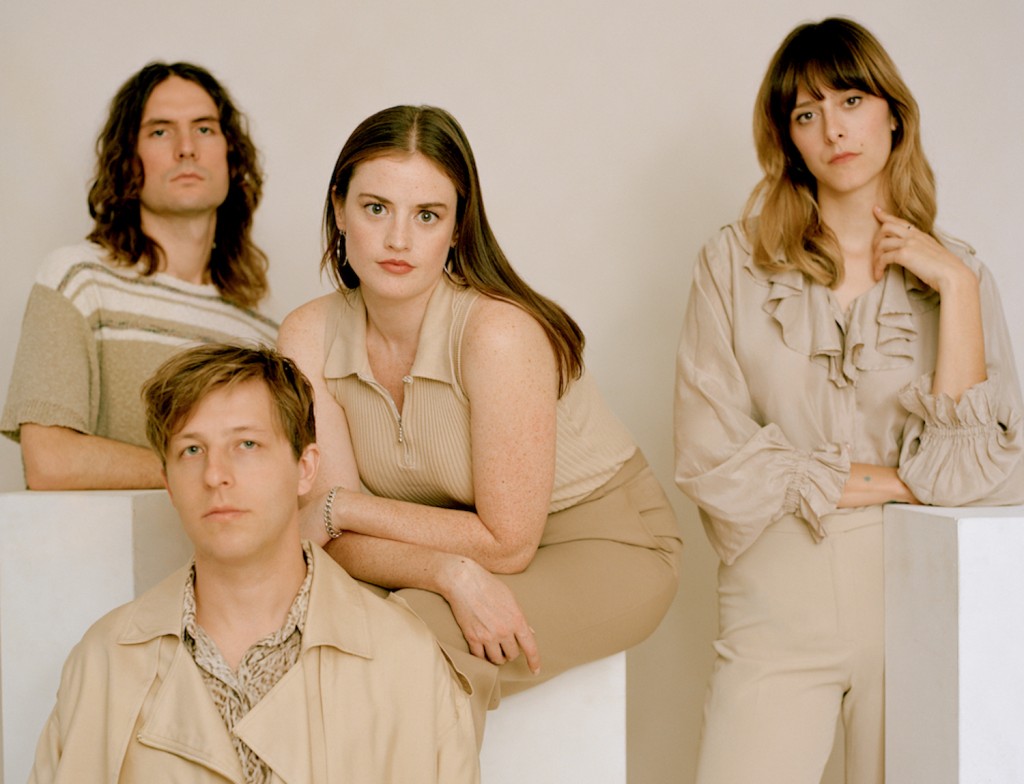 “Witching Hour” is taken from TOPS‘ upcoming fourth album, I Feel Alive, to be released for the first time on their own label Musique TOPS.

Montreal’s four-piece TOPS follow up from “I Feel Alive” with the second single from their upcoming album, I Feel Alive; this will be their first album recorded with keyboardist Marta Cikojevic who joined the band back in 2017. Although the track is named “Witching Hour,” it doesn’t sound obscure or murky. In the same vein as their gleaming lead single, it’s another luminous and twinkling indie-pop offering which deals, this time, with reckoning and femininity. About the origins of the track, singer Jane Penny explained:

Witching Hour is a song about reckoning. David [Carriere] wrote the chorus of the song, and when he showed it to me I gravitated towards the idea of a witching hour as a time of night for unconscious thoughts and uncomfortable visions. The pressure to be feminine has twisted my experience of my own sensuality in this nightmarish way, and I wanted to articulate that by conjuring the nefarious ways that trauma emerges in dreams. There’s a sense of reprisal in witchcraft, of retribution as a means of expression, and I wanted to explore that side of feminine power.

Listen to the track and pre-order the album via Bandcamp below.

“Witching Hour” and “I Feel Alive” are also featured in our Best Tracks of 2020 playlist.