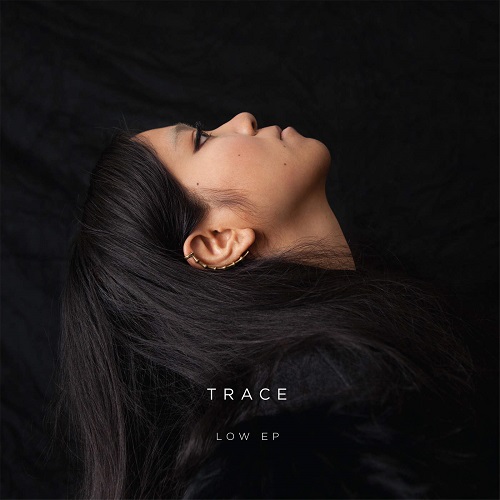 After releasing a hit single over a year ago, TRACE has finally dropped her debut “Low EP”. The release is all about the lyrics, and isn’t for the passive listener. But for those of you who love to ponder, and wander into the darker parts of your mind, “Low” will help you on your journey inward.

The EP defines what synthpop should always be. It fits the category exactly, while still managing all the elements needed for originality. Beautiful and strong piano portions support the vocals and provide a nice contrast to the synthesizers. There’s a definite theme to the synths chosen, a calming change from the seemingly random choices that have taken over modern music. The rhythm set TRACE has chosen for this release is quite unique, setting it apart from the crowd in a positive way.

On her excellent debut “Low EP”, rising artist TRACE dedicates her lyrical genius to the emotion-prone and those lost within themselves

The farther into the EP you delve, the more emotions you’ll start to explore. “Honey”, the artist’s favorite as she told us in a recent interview, is reminiscent of Coldplay’s 2000 release “Yellow” off of their star album “Parachutes”. The simple lyrics “give me something I can keep” become powerful words with the support of the fulfilling piano melody. It invokes a feeling of longing, as if she’s speaking to a ghost in a memory. “The Best” is the final track of the album, and plays off a twist. The opening line sings, “Oh no, we aren’t the best”. This directly contradicts what was expected from the title of the song. I was anticipating a happy ending, but TRACE quickly stomps any illusions of joy into the ground. To add to the mastery, the words “aren’t” are sung with a purposely muddled pronunciation, forcing the listener to stop and think.

In “Heavy Shoulders”, which was featured in our TOP 100 tracks of 2015, TRACE speaks of the devil, saying it “spoke, so I leaned a little closer”. It’s arguably the best track of the release, and was initially released as a single to put her on the map. It worked, catching our attention with its devious darkness. There’s quite a few topics the song could reference, one being a failed relationship she always wonders about. Her partner “begs for chances” but she says, “darling I can’t relate”. The lyrics reference faith, and how it “marks a very foolish heart that loses its own way”. Could this be the reason the relationship failed, due to a fool’s blind faith? There’s much that’s left to interpretation, but the ability to relate across multiple themes marks TRACE’s lyrical genius.

This release is ripe with moody pop. It’s a beautiful piece of work, dedicated to the emotion-prone and those lost within themselves. The EP’s single travesty – it’s only four songs.