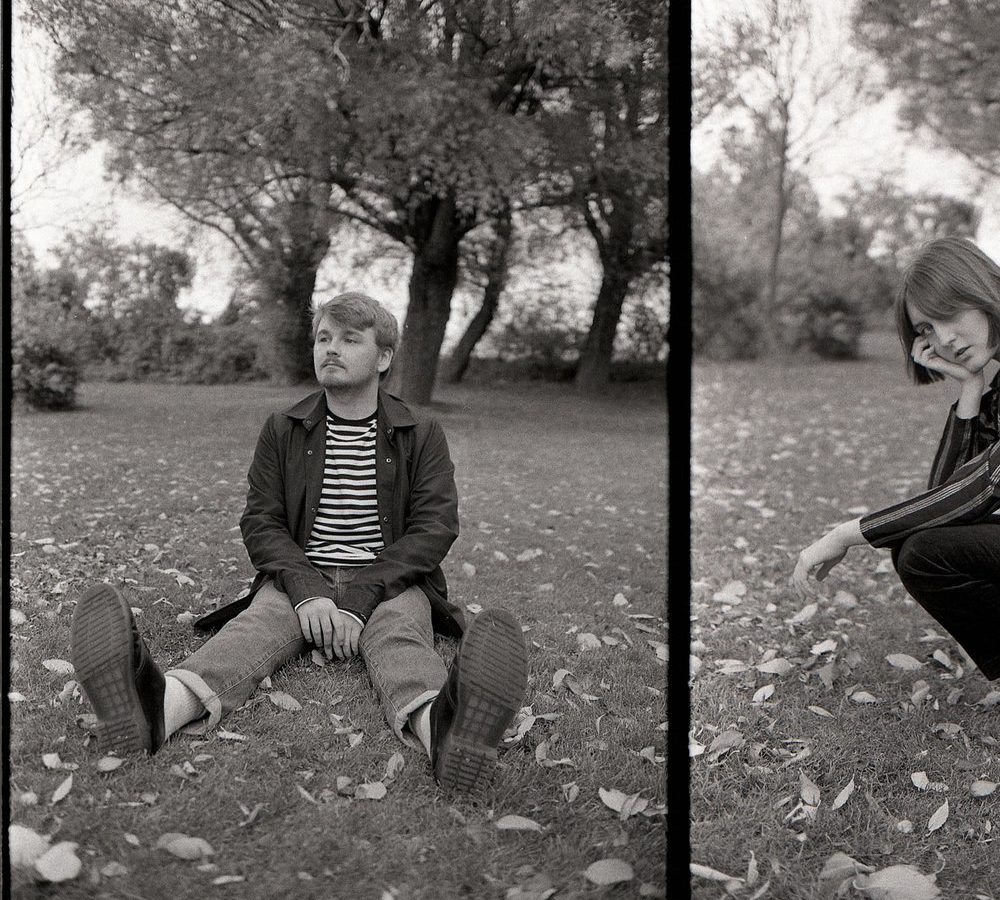 Breaking out of the sad pop mould, Wy – comprised of Ebba and Michel – return with the last offering ahead of their full sophomore release Softie. This new single, “Swedish Summer,” sets the reverb high and is tonally a step away from their debut album Okay. In their own words:

Having said this, “Swedish Summer” is still delivered with snarling vitriol, exposed and honest and remains powerful because of this. Thematically, the song is about having absurdly high expectations for yourself. With cutting and on the nose lyrics such as “I keep setting the bar higher than I can reach/ And when I reach I just let go” the song ebbs along with a deceitfully light touch. As always, Ebba’s voice is hauntingly tender but has real depth of tone. She possesses an elemental vibrato that resonates somewhere deep inside.

The constant synth under the driving guitars soothes that slightly abrasive rock edge, tilting the song into something akin to a DIIV or My Bloody Valentine dreamscape of visceral musicality. This sparkling and lilting synth lends the song a more jovial sound, but it still possesses lyrics that are “kind of dark” in Wy’s own words. There’s a rumbling power that stems from the pulsating deep and low rhythm guitar, complimenting the celestial synths. It’s smart sad pop delivered with composure and assuredness, a faultless final single to lead into the release of Softie. Watch below.