Yoke Lore about his EP "Far Shore," tour and inspirations 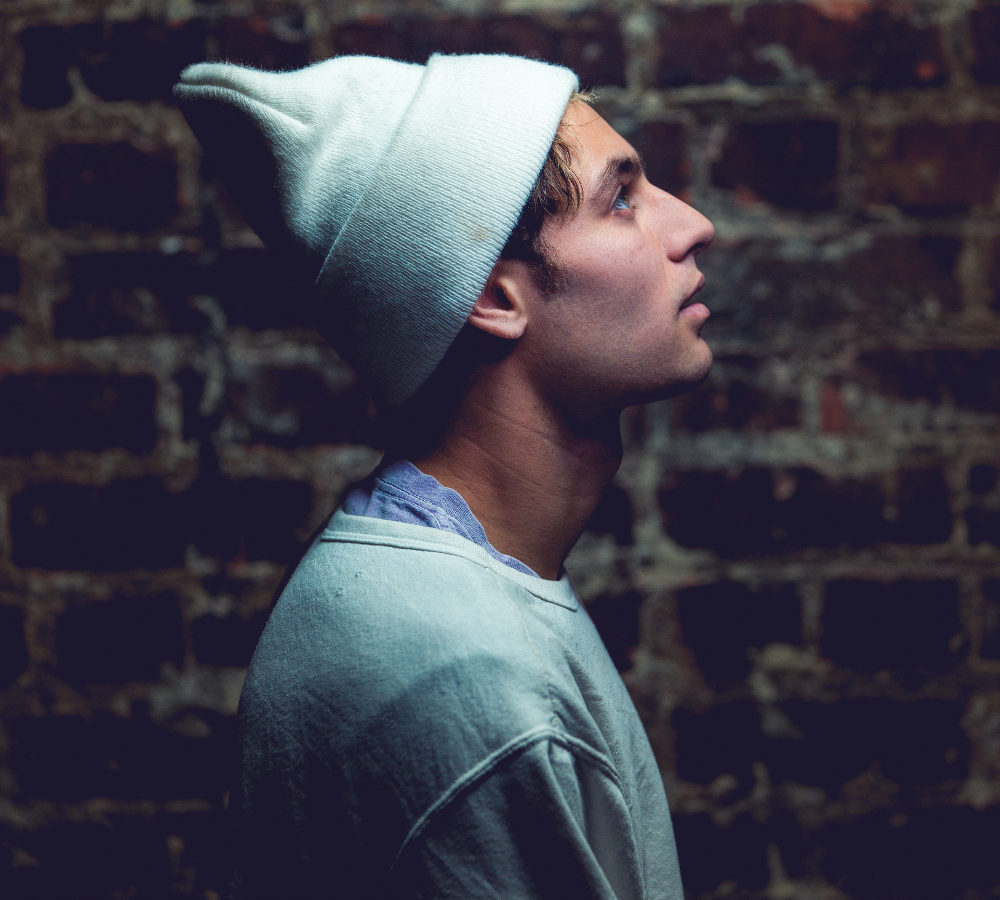 Last week we were very excited to see Brooklyn-based Adrian Galvin aka Yoke Lore, at the Echoplex in Los Angeles along with Cosmos & Creatures and Bridget Mendler.

The minute he took the stage, he was able to fill the whole room with only one other band member. From his lyrics to his banjo skills, we were completely captivated by his performance. Before the show we got to sit down with Yoke Lore and talk all about his EP “Far Shore,” tour and inspirations.

Highclouds: How did music influence your upbringing? Did you always know you wanted to be a musician or was it something you became passionate about later?

I think music influenced my upbringing as much as everyone else. My parents listened to classical music but also their hippies so they listened to Simon & Garfunkel and all that. Really it was kind of a way that they raised us. My father was an actor and sculptor and my mother was a director and now she’s a yoga teacher. Both my grandmas were painters and my grandfather was a circus performer…so I was just raised to be an artist and to be curious about the world. Then I learned to drive that curiosity to interests and passions. One resounding thing that has really stuck with me was growing up they made us believe that you could create the world with the things that you put into it. The idea that you could make the world a more beautiful place by putting beautiful things into it, by speaking more beautifully or by making beautiful relationships. By doing all this, you weren’t only making your life better but also influencing the world around you.

Is music your biggest passion within the arts?

I think of music as the way I reach people. I’m a dancer, paint, and teach yoga. I do a lot of different art but music has become the one where I can make contact the easiest. I released some music and people liked it so I can really go like this (touches my friends head). You can really move people. A lot of value in the art world is physical..not that much happens just from people thinking or people talking about stuff. Real change comes from people moving their bodies into different spaces or making contact with one another. Real physicality.

We saw that you were involved with Walk The Moon..if you don’t mind us asking, what made you want to go solo? Does the music you made with them influence your current sound?

Me and Nick taught each other a lot when we started Walk The Moon. He went more in the pop direction and he’s killing it but I felt I wanted to keep going in my own direction and do my own thing. I learned so much from it. Not only from writing music and collaborating but also just with being a band. It was awesome touring with them and was my first experience figuring out what that life was like. It turned out I didn’t love it that much so I ended up going back to college.

Speaking of Walk The Moon, are you involved with any other bands, present or past?

I was in a band Yellerkin after Walk The Moon. I also had a screamo folk band for a while. It was called Poor Remy. It’s basically me and two other dudes yelling in three part harmonies the whole time..it’s great. 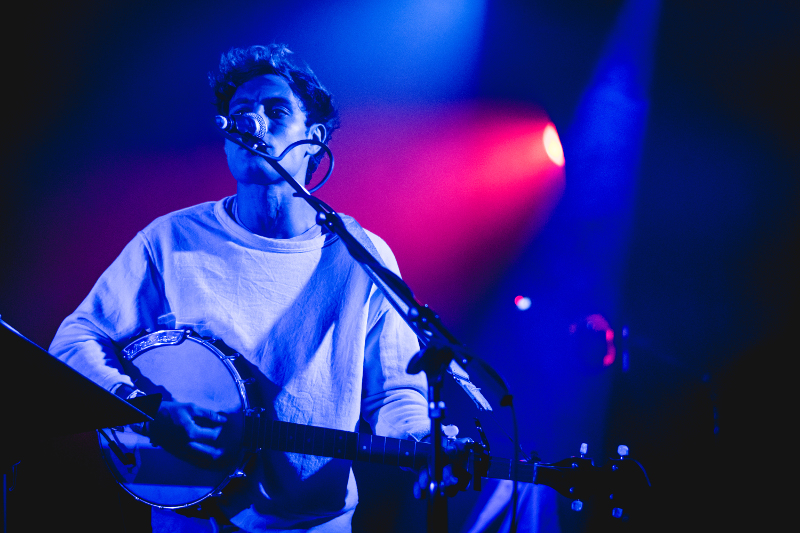 The artwork for your EP “Far Shore” is so unique! How did you come up with the design? Any meaning behind it?

Yes, I drew it. I think the most magical things in the world are things that are really mundane ideas and concepts and are used in a really unassuming and beautiful way. I think the real magic in life comes from making the mundane beautiful. Taking something that’s really everyday that you don’t usually think about and getting a little bit more consciousness or awareness and allowing it to really affect you or help you in some way. I’ve approached drawing like that lately. Amidst that I’m drawing pretty simple geometry like triangles and squares and circles..I’m not painting a portrait of fucking Whistler’s Mother or something. I’m using really simple concepts to create something that’s a little bigger than itself. You can make the mundane beautiful and that’s magical.

All musicians have that one dream collab partner, who’s yours?

Damn..my one dream music collaboration. There’s this woman in the late 60’s who made an album called “Colour Green”..Her name is Sibylle Baier. Her music is incredible. There’s such a devastating sincerity to her music. It’s like listening to a bleeding heart..so wild. That’s the dream.

I love your single “Hold Me Down.” What’s the story behind it and how does it connect to the rest of your EP?

“Hold Me Down” is a simple idea. It’s about wanting to be held and needing to be contained. It’s about viewing your relationship as something to keep you safe and something to keep you held down so you don’t explode, float away, or get lost as we tend to do. Yoke Lore is a canon of stories that all have to do with being a yoke or having a connection between two things and so these songs are about my connection to people and thing and places and myself. I don’t want to write a song about a breakup but I definitely want to write about what that breakup did for me or challenged me with and how I’m different now. The relationship is the important thing to me. It’s not really about whatever happened but how i relate to it and talk about it and put it out into the world.

What is your dream venue or festival to perform at?

I really want to play Sasquatch. I mean playing Glastonbury that’s always the goal.. Or Slane Castle. There’s this old Chili Peppers video live at Slane Castle it was crazy. Back when I listened to the Chili Peppers in middle school that was the thing I wanted to do.

What can we expect from you in the next year?

Man..I wanna be huge you know. I want to fully dedicate myself to it and just see where it can go.

Connect with Yoke Lore on Facebook, Twitter, Spotify and Soundcloud! If you’re in the area for any of his upcoming shows we highly recommend you check him out!