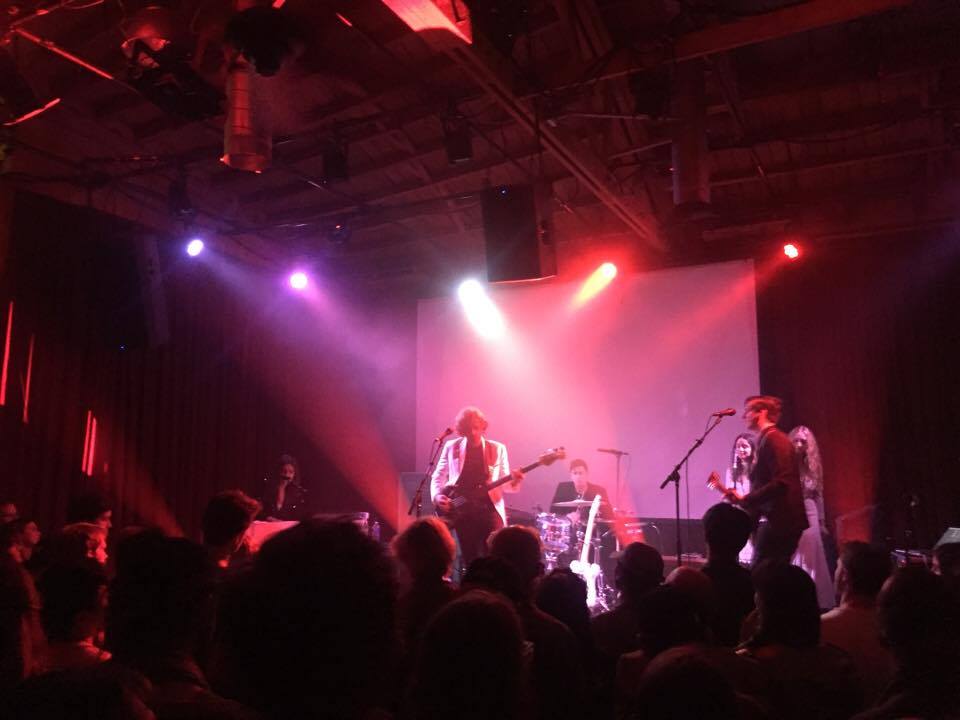 Last week, I was very excited to attend New Mystics first performance in LA for HighClouds. The show was at The Bootleg Theatre, which is a venue in LA that is known for hosting up-and-coming artists. Typically shows at The Bootleg get pretty crowded but I have never seen a busier show than this one. They ended up having to stop letting people in because they had hit full capacity. The crowd was full of fans, friends, and their whole management team, Th3rd Brain.

Right when New Mystics hit the stage, I was hooked. One of the first things you notice is their unique style. The keyboard player came out in a beautiful boho dress with high heels. Definitely not what you would typically imagine but I loved it. They all had a “just went to Woodstock” kind of look. On the screen behind the stage was an image of eyes moving. It created an almost haunting feeling since it felt like the eyes were looking straight at you. It was definitely hard to look away from but right when New Mystics began playing it wasn’t so difficult. 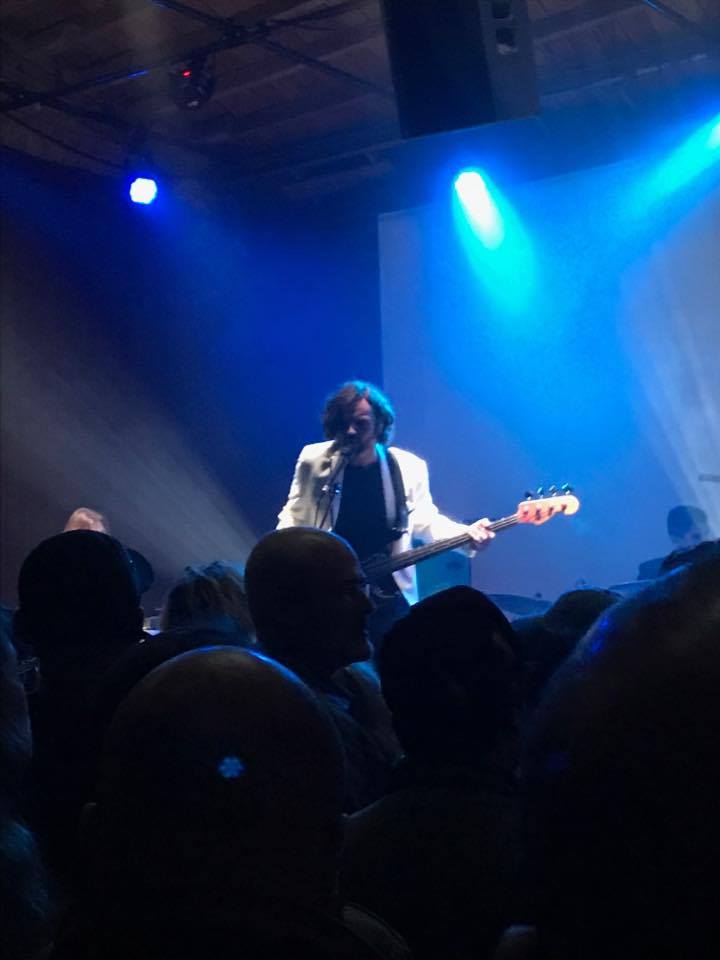 The band is made up a guitarist, pianist, drummer, two backup singers, and of course lead singer, Josh Onstott, who has had quite an impressive career before starting his side project New Mystics. He is one third of the art rock trio Other Lives, who have previously toured with Radiohead, The National, and Bon Iver and have also played major festivals including Glastonbury, Coachella, Outside Lands, and more. They also were recently hand selected by Pharrell for his executive produced HBO documentary series, to be released as their next single in March. Josh decided he needed something new to work on so he created his side project New Mystics.

“I’ve made a lot of music in my life, I’ve created and toured with some of the greatest bands in the world… But I’m losing my fucking mind and want to live another life.” – Josh Onstott from New Mystics

The band had a short but sweet set. They played around five songs including “Sparrows” and “Modern”, released a few days ago and that you can listen above. Josh Onstott’s soothing vocals were perfectly ornamented by the backup singers beautiful harmonies which created a truly magical sound. Hearing them play felt like you were going through a time warp back to the 70’s. If I could imagine The Beatles and Tame Impala collaborating…this would be it.

When asked about the band, Zane Lowe put its best by simply saying “music that needs to be made more”. It was such a great experience to see such a talented group who will surely be headlining festivals one day in such an intimate setting like the Bootleg Theatre. We can definitely expect big things from New Mystics and we look forward to seeing them live again soon.