Ablebody – One Dime A Day 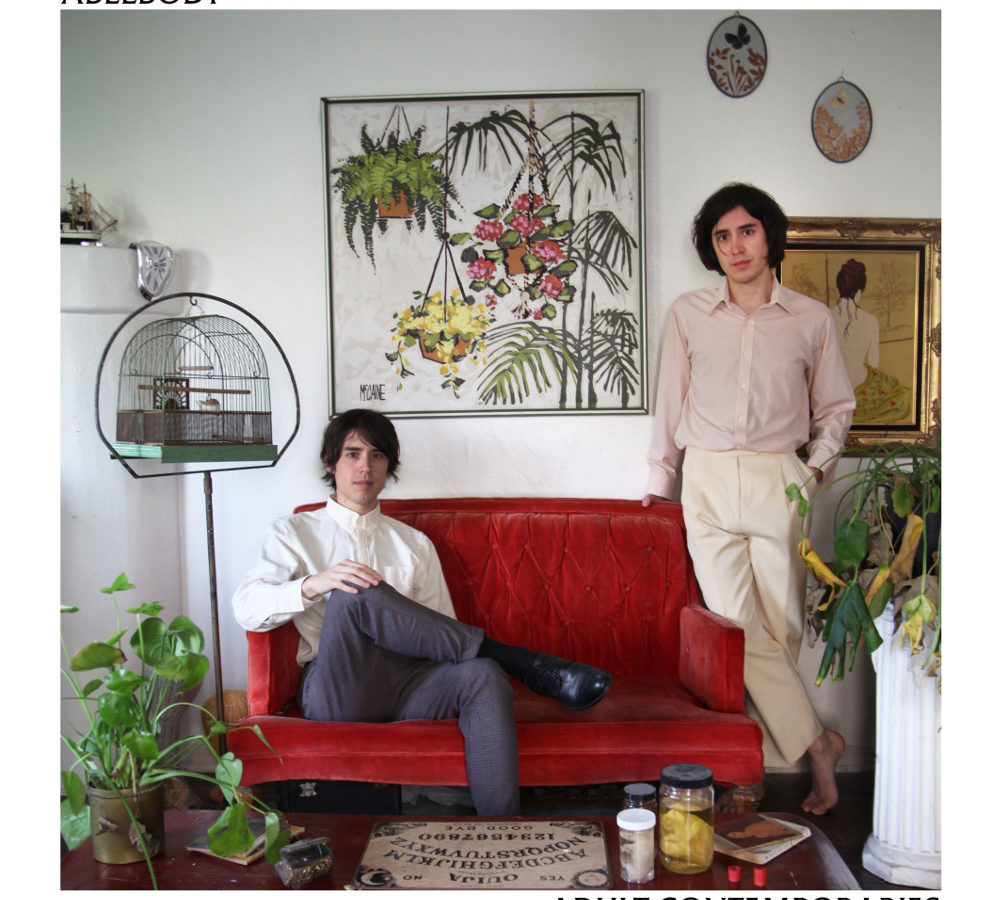 After multiple underground remixes, demos, and covers, LA-based identical twins of Christoph and Anton Hochheim (The Pains of Being Pure At Heart and The Depreciation Guild) have released their full debut album, “Adult Contemporaries” as Ablebody via the Lollipop Records.

This release could be mistaken for an album from the 1960’s with its melodious sophistication and eighties-like synthpop style, although the band adds some rejuvenation to make it modern. One of the top tracks on the album is “One Dime A Day”, a dreamy retro track that just draws you in. The duo recently started working with producer/engineer Kenny Gilmore (Ariel Pink’s Haunted Graffiti) to add more edge to their music. The group is also supported by the duo of Daniel Rosenbaum (Pomar) and Jordan Sabolick (Mt. Ossa) to add more dynamism to their music.