Aja and Shilow – Nail in the Coffin EP 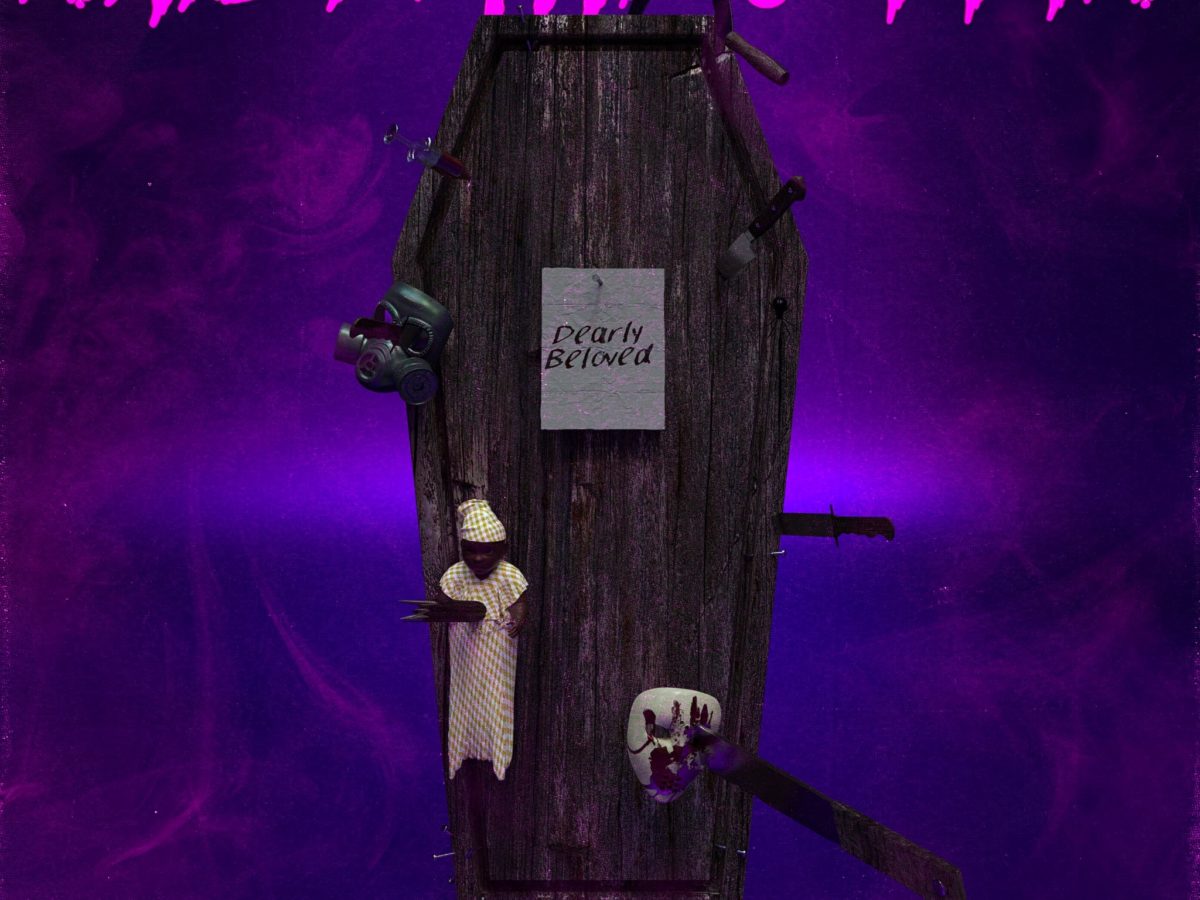 Aja and Shilow release scarily-good EP Nail in the Coffin, just in time for Halloween.

Queer artists of colour, such as Lil Nas X or Kevin Abstract of Brockhampton, have been killing the rap game this summer, making history by changing the narrative of the traditionally homophobic and macho genre. With the release of Aja and Shilow’s Halloween-themed EP, the fight for hip-hop’s inclusivity is set to continue well into autumn.

Aja, 25, first rose to international fame as a contestant on RuPaul’s Drag Race, yet cemented their role as a talented rapper by channeling their reality show experience into music (as heard in their 2018 single “Finish Her!“). With Nail in the Coffin, however, it is time to draw a line between Aja and the reality show: “I am not a “drag queen touring music”. I am simply a queer person who is making music and living their life,” says the nonbinary rapper.

As opposed to Aja’s previous work, Nail in the Coffin steers clear from any Drag Race references. Instead, it is a celebration of Aja’s and Shilow’s love for horror movies – the duo have previously collaborated on aptly-named power tunes “Jekyll & Hyde” and “Demons Witches and Bitches”. 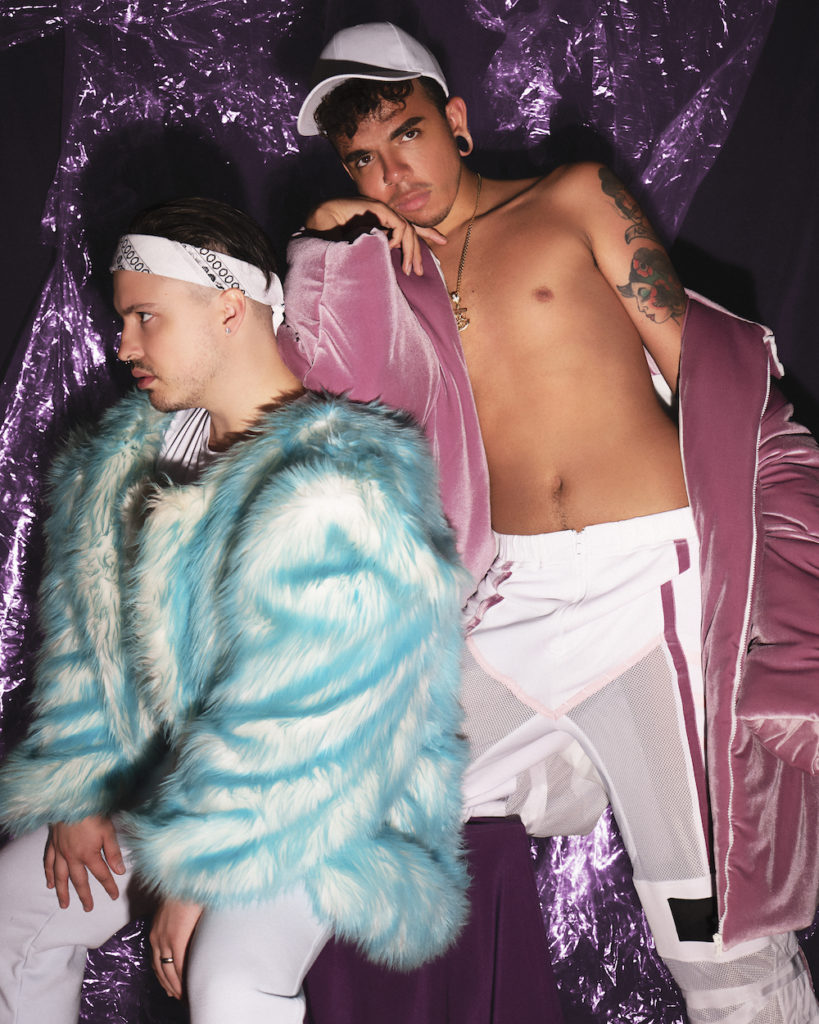 The EP’s opening track, “The Purge“, sounds exactly like the sequel to “Jekyll & Hyde” their fans had wished for. It’s classic Aja and Shilow, the Bonnie and Clyde of unapologetic angst, anger, and boisterousness. However, despite being done before, it somehow still feels fresh, as if listening to them for the first time. “The Purge” shifts from the industrial trap beat to a nearly-silent background as Shilow whispers into the listener’s ear, only to startle them with a loud beat drop – similar to those online jumpscares where you have to lean in to read a small font and suddenly the screen changes to a picture of Regan from The Exorcist.

“Haunted Haus” is a 1970s episode of Scooby-Doo in song form – spooky, but groovy – and provides inspiration for those still debating their Halloween costume options. It is an ode to all the villains out there, with Skeletor (He-Man), Pennywise the Clown, and the Loch Ness monster getting honourable mentions. Singing the chorus is newcomer Katie Jobes, who provides the track with a poetic dichotomy of fairytale good vs evil.

Nail in the Coffin also features two solo tracks. Shilow travels into country-rock territory with “Body Count”, an electric guitar-led ode to his “favourite horror icon” Jason Voorhees (whose face he has tattooed on his right ankle). Meanwhile, Aja’s “Paranoia” is true to its title, with the intro rapped with short gasps for air (“Too many thoughts in my head / I can’t breathe”), typical of a panic or anxiety attack – an affliction that Aja is no stranger to. Yet, instead of letting their trauma speak for themselves, Aja bounces back with their middle finger raised at their critics – “Killing the rhythm like a heart attack / I spit the venom like a mamba black”. The track is pure Millenium / Gen-Z experience: it explores such contemporary motifs as the demise of plastic straws (“You sucking my dick / no straws”) and the subsequent realisation that going out is way overhyped (“Not many friends / I don’t like to party”).

“Lost” features Young Medicine, a synth-rock boy band from Kansas City, and presents a new direction for the pair. While it should be appreciated when artists are brave enough to step out of their genre, this sole metal track doesn’t sync well with the rest of the EP and is subpar in comparison to “Mama Chola” or “Haunted Haus”.

“I know you were talking shit and didn’t think that I would hear it,” raps Shilow in “Mama Chola”, the EP’s catchy main single. It may come as a surprise, but celebrities and artists get their feelings hurt too, especially when we are given access to interact with them through social media. The “nail in the coffin” may refer to the online criticism Aja receives every single time they drop another single. However, Aja and Shilow dropped the “final” for a reason. They will not stop making music just because a few people comment “This is not a bop” under their music video previews – they will damn well persevere until they get the recognition they deserve. Aja is here to call out their haters and unapologetically rhyme “Mama Chola” with “Coca-Cola”, while newcomer Amira Wang will make you wipe away your tears after Nicki Minaj’s retirement news.

One of the things that makes the track, if not the whole album, memorable is the intro of “Mama Chola”, the slowly-rising beat in anticipation before the sudden drop: “Now watch it closely this time”. Listen to the EP closely as well, as rap has ignored the queer community’s voice for far too long.