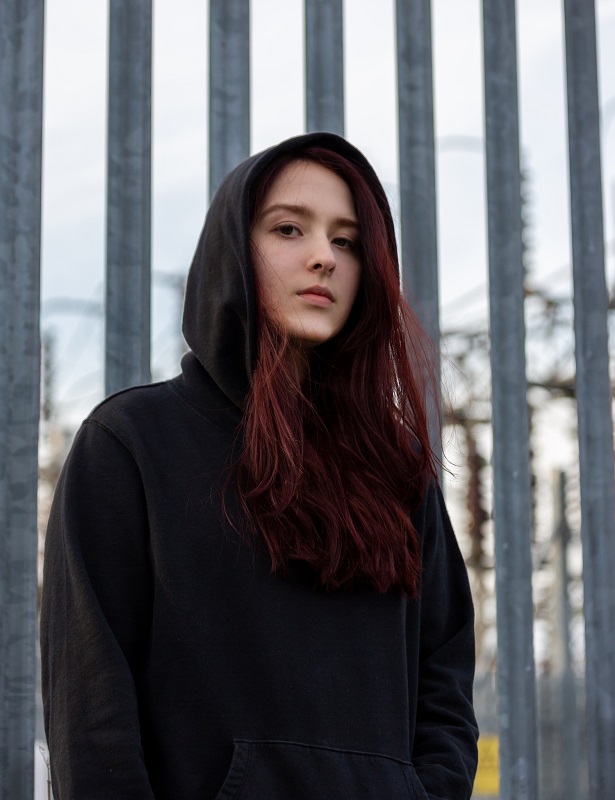 A big injection of talented young blood has hit the music scene of late and, it’s been a welcome change. Ukrainian newcomer Akine, is another such addition and at only 17, she’s one of the youngest out there. Previously known as Nicole from her real name Nicole Kozina, the teen, whose moniker is taken from Japanese 旭 (aki) meaning “rising sun” combined with 音 (ne) meaning “sound,” channels similar alt-pop stylings to names like Florence and The Machine and Halsey.

The track—one which checks all the boxes of a quality pop effort—places Akine high up on our radar as she allows herself to shine through driving beats in a poignant way. She uses her voice to disapprove of the blind religious faith Ukrainians tend to rely on when dealing with difficult situations singing: “I don’t believe in god / nor his angels / nor his disciples / he’s a stranger / he’s subliminal / not my father, not my leader of all / leaves the dirty to get dirtier / and wipes the clean off this earth”.

In fact, she penned “Pray For The Prey” when she witnessed too many people turning to religion and prayer during the Maidan protests rather than seeking concrete solutions. This resulted in a war between the separatist forces and the Ukrainian government forcing her relatives to leave their homes. Using music to release her frustration and as a vessel of protest, Akine’s songwriting is mature well beyond her years especially knowing the song was written 4 years ago when she was just 13. While not reinventing any sonic wheel, the singer-songwriter-protester may be setting the groundwork for a prosperous career to come (with a debut EP “Don’t Foster Fear” to follow shortly).