search in the clouds
January 20, 2017 Electronica, Newcomer of the week, Pop, Special Features 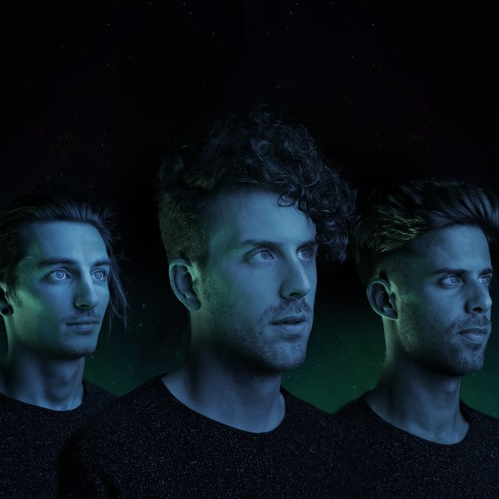 Amsterdam-based trio The Ultraverse shared their debut single “Silent Call” getting ready to access to stardom.

Consisting in brothers Huub and Jos van Loon and Pim Mulders, the trio start their career with an alt-pop debut single, putting them straight into our map. In between the sounds of Sohn, Honne and Bob Moses, they are preparing the release of their debut EP “A Wiser Man” set to be released this year. For now, the trio took some time to answer our questions about their debut single, inspirations and what we can expect from them in the future.

Pim: We’re The Ultraverse; a new electronic act from Amsterdam. We started with Huub, who studied jazz and pop music and has been working as a producer and session musician for years.

Huub: I love dark and spherical, electronic music and at the same time I really enjoy good pop songs. I think that this combination is the foundation of the production and vocals I do for The Ultraverse. Our live shows are very organic. I sing and play synths; Pim plays guitar and Jos is our live producer. It’s electronic music you can dance to but at the same time you’re listening to live music.

How did you guys meet and how do you start making music together?

Pim and I have done a lot of session work in the past. We soon found out that we share our taste in music and vision for electronic live acts. Jos is my brother and as a dj he was always on top of the best new songs and sounds. We can spend hours just listening to songs and figuring out how the production is done. Both of them are such creative individuals. I knew the three of us working would blend really well. And besides that; teaming up with those two is a real party!

What can you tell us about your debut track “Silent Call”?

“Silent Call” is one of the first songs I wrote for The Ultraverse. It’s where I really discovered the sound I was looking for that distinguishes us from the rest. We were very lucky to have worked with such an amazing director: Jonathan Bleeker who immediately felt the energy of the song and translated that into such powerful images.

We love artists like Trentemøller, Bob Moses, Weval, Oscar and the Wolf and Sohn. Lyrically the songs are based on events taken from an everyday life. A lyrical collection of events, memories and thoughts. In hindsight when choosing the name for the upcoming EP: “A Wiser Man” I realized that there was an overall theme: The restlessness of our twenties.

“Every song starts with a different point of inspiration” – The Ultraverse

How does the creating process work for you?

I make my own samples by retracting fragments from atmospheric field records. These are mostly sounds that don’t sound like music or melodies at first sight. Every song starts with a different point of inspiration but these sound fragments seem to inspire me the most these days. The process is never the same; sometimes I start with a good sounding kick drum or even with the title of a song that still needs to be born.

You can expect another single soon, followed up by our full EP: “A Wiser Man” that will be released this spring. At this moment we’re planning a tour.