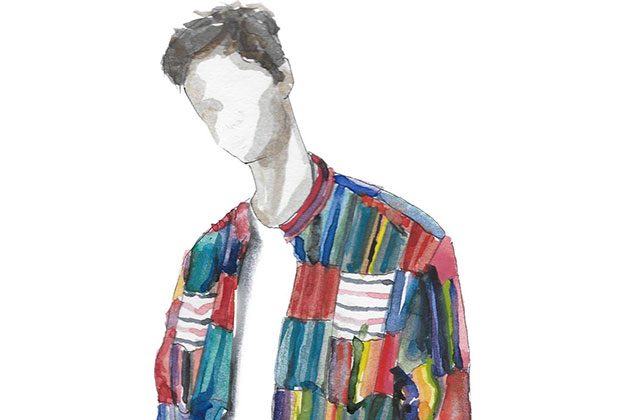 You know those spearmint gums?

The spearmint gums that make your tongue feel numb just like you had been sticking it in ice for the past several minutes for who knows what reason. It’s all chilly and refreshing, but also familiar because it’s a taste we all have experienced at least once, while sneaking gum out of your mother’s purse and quickly stuffing your face with it. That’s how I would describe this new song by Axel Mansoor, “Wasted My Love” (except it’s significantly better than half squashed gum). This is his first solo endeavor and it’s a pretty solid one for a debut track.

It was dark outside and I hadn’t moved from the driveway in a cool minute. It was the kind of behavior that would probably make my mom would come outside and knock on my window and tell me to stop wasting my car battery to listen to music. I pressed play on the track and immediately the interior of my car lit up with strummy synths that if you closed your eyes, you could see just beyond the darkness were a gentle lilac that softly electrocuted the pads of your fingers and gently brushed against closed lids. Listening to Axel Mansoor was like jogging in the rain or falling in love with the wrong person, icy, but radiating a subtle warmth all at once. There is definitely a somber undertone to the synths, unsurprising for a track called “Wasted My Love”. But maybe it’s the strummy quality to it, but there’s a familiar and humanesque quality to everything.

With “Wasted My Love”, Axel Mansoor delivers a solid debut that has the aromatic floral sadness of a forgotten bouquet.

Axel Mansoor definitely has a voice to look out for. It’s a voice you expect to be to be husky, but suckerpunches you and ends up actually being really smooth. There are aspects that can only be described as sounding like bunches of dried flowers. It’s sweet but there’s a crispness to it. It has the aromatic floral sadness of a forgotten bouquet. My favorite part of the song is definitely the chorus. The sounds swirl like rolling blue hills you can only probably see when you are rolling, but it’s smooth and round and swelling in a rhythmic fashion. It stretches and wraps itself around the strong punctuating beats like when they make taffies on those machines you see on Food Network. The beats act as high points, making splashes like you’re dropping pebbles into water or throwing glass plates on the ground.

Overall, you can tell a lot of thought went behind in the creation of Axel Mansoor‘s song. It’s a real display of what makes music a finely tuned craft, an actual work of art. It never ceases to amaze me when you pay close attention to a song and realize all the subtle nuances present that you would never fathom were there to begin with. You can hear so much of that thought presented in this song. There are the synths forming solid layer that wane and wax like tides and guitar chords that fade deep into the sounds and drum and machine beats that give the song structure and absolutely lovely harmonies and vocals that just wrap its way around the track. There’s so much going on in this vibrant and bold track and if this is what we got from his debut, I cannot imagine what’s coming next.