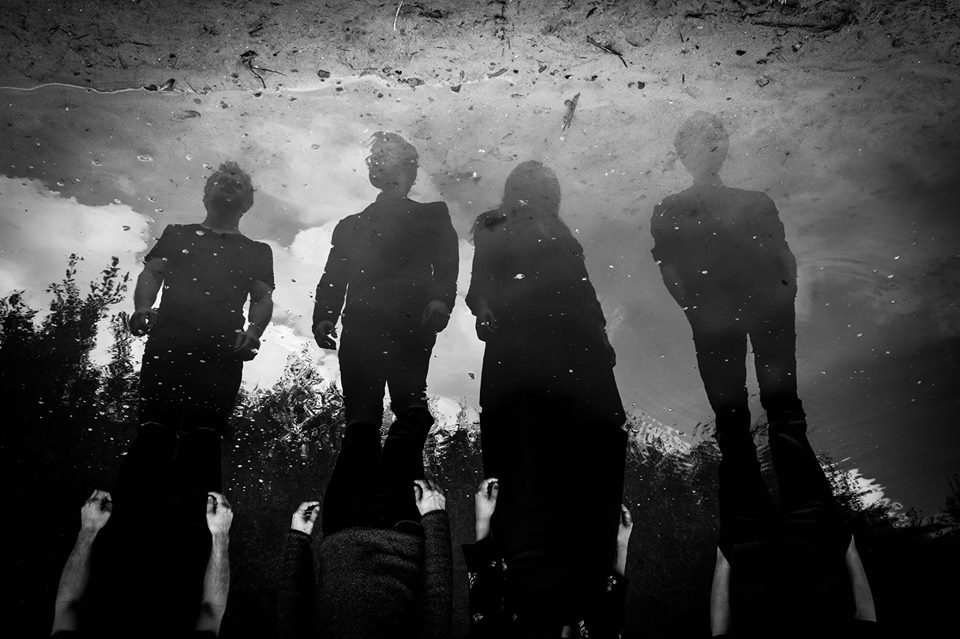 Based in Gent, Belgian collaborative project OUTER shared, at the end of last month, their debut “Eyja”, a song inspired by the dreamy landcapes of Iceland.

Headed by pianist Tom Soetaert, the project evolves around his creations made during his stay in the North of the country. The project is inspired by loneliness, silent nature and classical music. The artist is on a search for a way to create a modern twist on a genre that is almost forgotten by the young generation. We had a chance to meet with him in a café in Brussels to talk about his inspirations, love for Iceland and the paradox of making music alone yet letting people get involved in the creative process.

Highclouds: Thank for meeting us!

First of all, can you introduce yourself to all of our readers who don’t know you yet and explain who are your biggest inspirations?

I’m Tom, I think I have been playing the piano for almost twenty years or even more. I always had in me this big love for classical composers. Like Mozart or Brahms but also the late composers like Satie, Debussy and modern composers like Philip Glass who is still alive. I’m also pretty much inspired by people who do interesting music with piano. I have always wondered how these old composers would sound even they were making music today. I think there are a few artists who have given an answer to that question like Nils Frahm or Nicolas Jaar. They use a lot of parts with piano into their music but they also disconstruct that sound, experiment with it and create something new. That’s something that I would really enjoy to do with my music.

What is your creative process?

I really need silence to do that. I live in Gent, it is not as big as Brussels so it is easier to isolate yourself. It’s too noisy and too chaotic here for me to really focus on creating a sound. I really need to be alone, I need silence, so that’s the reason why I went to Iceland last year to create music. I lived there with my synth that I brought with me, which I could connect with my laptop. I could also played piano. There isn’t really a structural way for me to start making music. Sometimes I just got a melody in my head, I hear elements from other songs that I like and I try to turn that element into something else. But there is always different other ways to start a sound, I don’t really have a structure or a schedule over that.

Is there is a specific meaning for your name and why did you choose it?

I come from a little town, not very far from Brussels and it is called OUTER. I always hated that name, because it is a synonym of everything that I wanted to get rid off. Everything from my childhood was there. It was my girlfriend who told me about two years ago “Why don’t you use the name of the town? You have a connection with the word, it means something in English too and it pictures well your music.” It took me a few months to make my mind about it, but I think in the end, it was a good idea. Just to own the word.

What can you tell us about your first track “Eyja” and why did you decide that it would be the first introduction to your music?

I’m convinced that this track has the most elements that actually defines pretty well my music. It’s also the first track that I wrote from start to finish in Iceland. I wrote another one actually, but I didn’t like it anymore when I came home, so I came back to this one. Everytime that I listen to it, or play it, it always bring back all of the memories of the time that I wrote it in the North part of Iceland. It’s the kind of vibe that I want people to get from me at first. It is also the most personal song. The lyrics of the chorus are “Evade all, delay all, but how to allow you”, which is about my frustrating habit of postponing and delaying all important things I should do. The result of having everything to do in the evenings, where I don’t have much time left to spend with my girlfriend or other people I love.

Yes, it does in Icelandic!

So why did you choose that title for the track?

I fell in love with Iceland. I would love to live there in the future. It is really the perfect country for me to be alone with no one disturbing me. Have you ever been there?

As a Björk fan I would love to, but no, I’ve never been there.

I’m such a fan of Björk too! She is incredible. And her country is amazing, the North part is really isolated, there is no one around. The nearest shop was 45 minutes away by car and I didn’t have a car so I was completely alone. I like that and I need that to create music.

It might sound stupid but how did you eat if the nearest shop was so far and you didn’t have a car?

[laughs] Actually it is not that stupid! I lived at a farm. It was a sheep farm. I could stayed with the people who own the farm, and eat there. They had a lot of food in the house. I stayed there for a really long time. 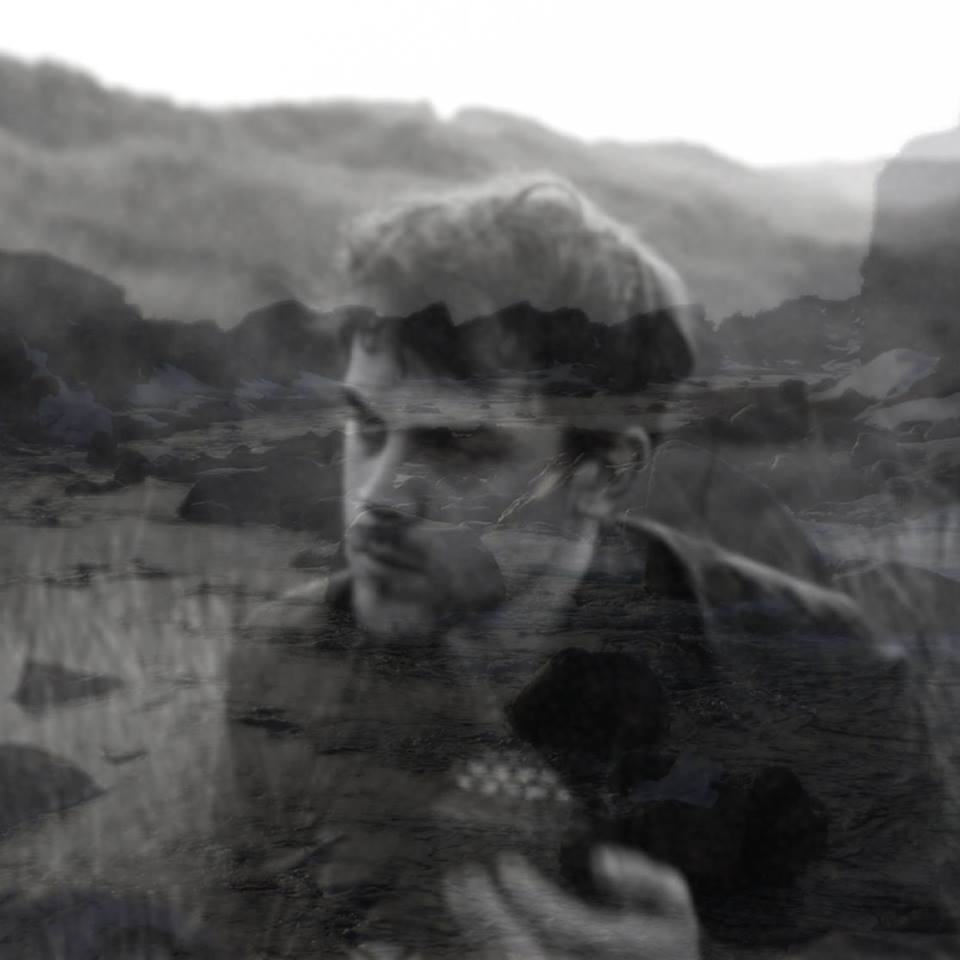 “I think it is important for musicians to have a very clear vision of what they want to project.” – OUTER

You talk a lot about working alone as an important part of your creative process, which is weird because you work with other musicians in this project and you are also part of a band called Amongster.

I write the music in general alone. I’m not very good in collaborating with a lot of people [laughs] I really like doing music alone! But the thing is that I can’t actually do everything by myself. For example, the main vocals in the song are not by me. I needed a violonist, I needed a guitar player. I can’t do everything on my own but I like to write it alone. I think about the lyrics, the visuals, the intruments, about how everything needs to be. I think it is important for musicians to have a very clear vision of what they want to project. I just need other people to create the right sound that it is actually in my head. I’m very glad to have found Arne, Nicolas and Wanthanee [the other musicians on the project]. They’re a perfect fit, they understand the story I’m trying to tell, and we’re good friends.

That’s why you also filmed the video all by yourself?

Yes, the images that you can see in the video are actually images of the places in the farm where I wrote this song. It fits perfectly with the music. It is really there that the magic happened.

If you could recommend a moment of the day to listen to your music, which one would it be?

I think Sunday nights fit pretty well the vibe of my music. A moment when everybody is usually at home, chilling. A moment when you have time to relax and listen to the music. I’m sure that is not the kind of music that you listen to on a Monday at noon. You really need the time and the concentration to listen to every detail.

What kind of sounds inspired your music in general?

Classical sounds for sure, but also electronic sounds. I like the electronic parts but I’m not the best person to do that. I’m working on that but the electronic vibes I want to obtain are not on the level that I wanted them to be. For the debut, I worked with Adriaan De Roover, aka Oaktree. He is a guy from Antwerp, he is really doing magic with electronic beats so I asked him to help me with that part of my music to make it sound right.

Can you share your thoughts about the Belgian scene and which place do you think you have in it?

I don’t think that there are a lot of Belgian musicians who do what I do. The music I make is ambient, instrumental but with a lot of vocals to keep it more approachable. I have instrumental tracks too, but I love the power of nice vocals. My main influences don’t come really from Belgium but more from the outside. I feel more connected with the scene in Iceland, Britain and Germany that I do with the Belgian one. There is Duyster though, a radioshow on sunday night, on Studio Brussels, which had a big influence on me and many other musicians. For example, it was the first radioshow outside of Iceland that featured Sigur Rós. Unfortunately the broadcast stopped 2 years ago. It will be hard to find a suiting label in Belgium for my music too.

If you had to choose a dish that could describe your music, which one would it be?

Oh wow, this is a hard one! [laughs] I want a dish that could do a lot of things with a few elements. [long pause] It is difficult because I don’t like putting my music into a single one corner. It is a mix of different genres. It’s hard to describe it with just one dish.

There is a trend right now, of restaurants creating like fusion food, inspired by different cultures. One time I ate a Thai Taco…

[laughs] Oh wow really? That’s great! I think it might be a dish like that, or maybe a dish that has something on the inside. You really have to taste it, to go into every flavor to get what’s exactly in there. There is a lot of details in it that you might not get right away, but once you find it, it blossoms.

Yes! It could be a pie… but I’m not telling you what is inside the pie… let’s keep some mystery. But there are things inside that you don’t expect normally in a pie, but I hope it makes sense all of it together and tastes good.

I have eight tracks that are 100% finished, which we can play live too, so expect some live shows too. I just released my first song for people to get to know me first. I’m hoping to get a bit of attention so I can release a second song in January-February. The plan is to release the full album within a year. Everything will be released for fall 2018.

If you could recommend a song to our readers that you are listening to non stop?

I recently discovered the work of Hannah Epperson. She also tries to use strings, a few elements combined with nice vocals to create something new. It’s half classical music, half very modern pop.