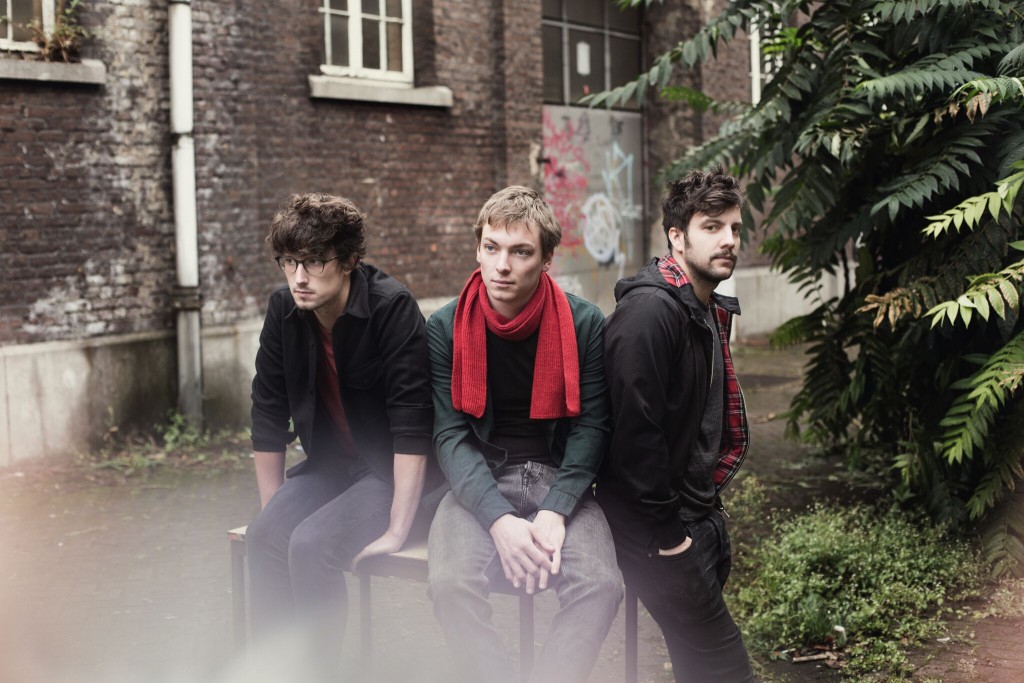 Blending different genres, in between indie rock, dream pop and hip hop vibes, the trio don’t hesitate to escape their comfort zone. The creation of their own sound to bring something original to the Belgian musical landscape is their main focus. After being discovered in different prestigious festivals such as The Great Escape and Dour, we were expecting much of Pale Grey‘s music, and “Billy” didn’t disappoint us. Drawing a positive experience of a boy that is looking to reconstruct himself, the track brings a bright message, perfect for this sunny weather. The trio took some time to answer some our questions about their debut, their soon-to-be released EP and their announced tour with Electric Guest.

Highclouds: How did you guys meet and start making music together?

We both met in our teenage years in Malmedy, our hometown in the south-east of Belgium. It is a small town so we easily and quickly found ourselves a common taste for the same musical styles. The project really began when we moved to Liège and meet the collective Jaune Orange.

How would you describe the universe of your music?

It is an intimist universe with an introspective and melancholic side from the thematic and melodic point of view. On the other side we explore sounds and rhythms in an Indie-rock-hip-hop-electro way,that allows us to open and take off the talk.

What can you tell us about your track “Billy”?

This is the first song of a huge work that we have been preparing for 2 years now. It is the story of a young boy who must find his way by persevering. This is an encouragement song. Who knows, in a way it is also a song to give us strength before defending this record.

How do you think it represents the EP “Ghosts” that will be out on May 12?

The atmosphere inside this track is quite representative of the way in which we have approached all the pieces. It contains everything that defines this EP with slow and soft melodies in evolution towards instances vibes. “Billy” and the other tracks are on the record because it move us without being able to always explain why.

You guys will be playing with Electric Guest in the next few weeks. How did you meet them?

We played with them a few years ago in Brussels at the Nuits Botanique. We never really had the opportunity to share things together but we are very excited by the idea of ​​accompanying them on a part of their European tour. It’s a band we’ve been enjoying a lot for a while.

“The most difficult thing is to break the borders and export your project, even sometimes within our own country.” – Pale Grey

During this tour, there will a stop in Brussels for the Nuits Botanique in May 15, you will get to showcase your new music. We will be there, so what can we get expect from you?

We always considered the live in a very different way from the studio. The scene is not only music for listening to, but above all a way to live and improve music, surrounded sounds. Some songs are completely melted to be reshaping in a more appropriate form to the show.

What do you think about the current Belgian scene?

We live in a European region which is at the crossroads of cultures and movements. A good project can evolve fairly quickly on this territory because it is not big. The most difficult thing is to break the borders and export your project, even sometimes within our own country. There are a lot of very good bands in the North [Flemish side] as well as in the South [French side] like Balthazar, Romeo Elvis that prove that music has no borders.

What is yet to come after the release of the EP and the tour?

We will continue to introduce the EP during the summer to release an album in the coming autumn. A lot of things are to come.

Their debut EP “Ghosts” will be out on May 12 and you can check the tour dates below. You can also follow them over Facebook, Twitter and Soundcloud.