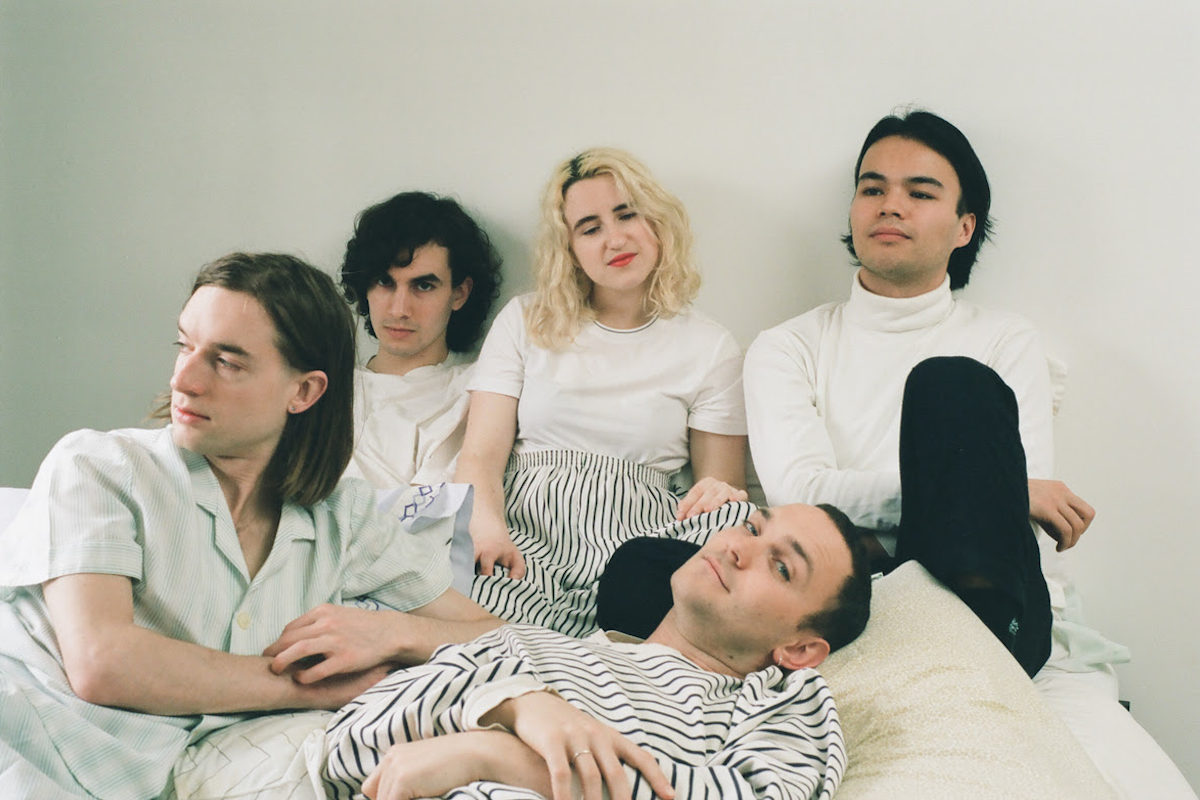 Bodywash‘s debut album Comforter is out August 30 on Luminelle Recordings.

A few weeks ago, we introduced you to Montréal’s Bodywash, a five-piece consisting of Chris Steward (vocals and guitar), Rosie Long Decter (vocals and guitar), Rian Adamian (guitar), Tom Gould (bass) and Ryan White (drums), the latter being also part of ambient pop duo why try. Following up on their crepuscular and dreamy offering “Eye To Eye,” Bodywash are now back with a new single, “Reverie,” which is actually the opening track of their upcoming debut album.

Like their previous jam, “Reverie” is a song to get lost in with its hypnotic guitars, misty layers and distant, ghostly vocals. Evoking the world of dreams and chimeras and recalling Beach House and Slowdive to mind, these elusive soundscapes were inspired by a moment of delusion during a high fever. In their own words:

‘Reverie’ is a fever dream – literally. Chris first started writing the song while delirious and weak from a high fever, couped up in a small, dark-walled rehearsal space. That sense of confinement made its way into the song, a mounting tension that gives way to a manic need for release. Reverie wasn’t meant to progress in a linear fashion, though it’s anchored by a steady motorik beat. We expected there to be a chorus or refrain, but as it turned out, the song needed to just build to that breaking point – a kind of ‘micro chorus’ – in order to open itself up again. The track gestures towards a hope for something new, even if that something is just a fantasy. Its frantic escapist bent erodes distinctions between real and surreal, subject and object. All that prevails is a desire to float to the surface – whatever that surface may be.