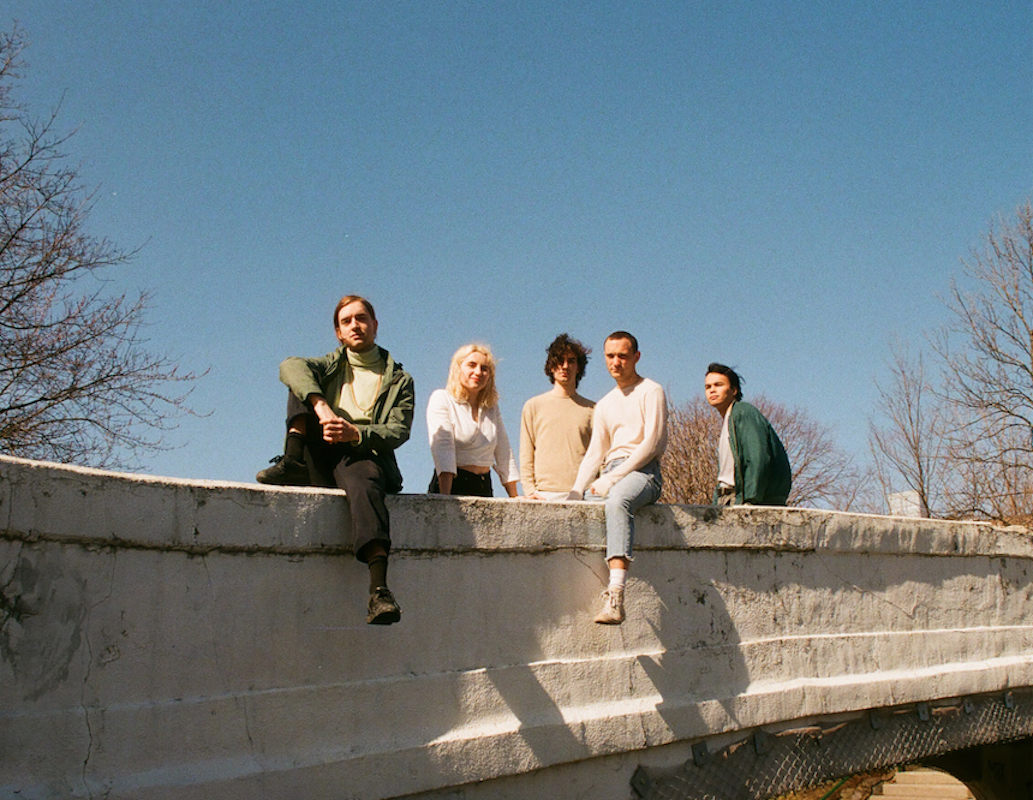 Bodywash‘s new single “Eye to Eye” is from the forthcoming album Comforter out soon on Luminelle Recordings.

Luminelle Recordings has been on a roll. Formed in part by the good people at the always-excellent Gorilla vs. Bear, Luminelle has maintained an incredible track record of releases — from Helena Deland‘s gorgeous EP gorgeous EP series to the eagerly anticipated Morabeza Tobacco full-length out next week. And now it appears they’ve added another signee to their growing roster with Montreal five-piece Bodywash.

Other than appearing at last year’s SXSW conference, a performance which Cassie Morien over at Indie Shuffle raved about, the group has been relatively quiet since releasing their debut EP in 2016. But today Bodywash drop their new single, “Eye to Eye,” and it’s a dreamy jam that lives up to band’s name as the layers of rich, hazy textures wash over you. The song opens on a lovely, melancholy minor-key synth progression that, when the beat drops about 30 seconds in, one could easily mistake for a more washed-out version of a late-80s-era Pet Shop Boys b-side. The resulting sound could be said to be the sum of synth-pop, dream-pop, and psych-pop — an equation the band itself has dubbed “cream pop.” According to band member Chris Steward (vocals/guitar):

Synth Pop isn’t a good way of describing us. We aren’t synth driven, we are much more guitar based and a bit heavier than synth pop. We have our own brand of Dream Pop, our own take on it and so thats where Cream Pop came from. Yeah, it’s heavier. It’s been whipped. So thats where that came from. It’s more pasteurized.

Genre labels aside, “Eye to Eye” is certainly a song to get lost in — even when, just a bit past the 3-minute mark, the track takes an unexpected turn. The bass guitar holds down the funky groove while a slew of keyboards twinkle, all before everything crashes all around you in a deluge of Slowdive-inspired sound. It’s a noisy end to a poppy tune, but it all makes perfect sense in their able, talented hands. Check it out and be content knowing that more is definitely on its way.