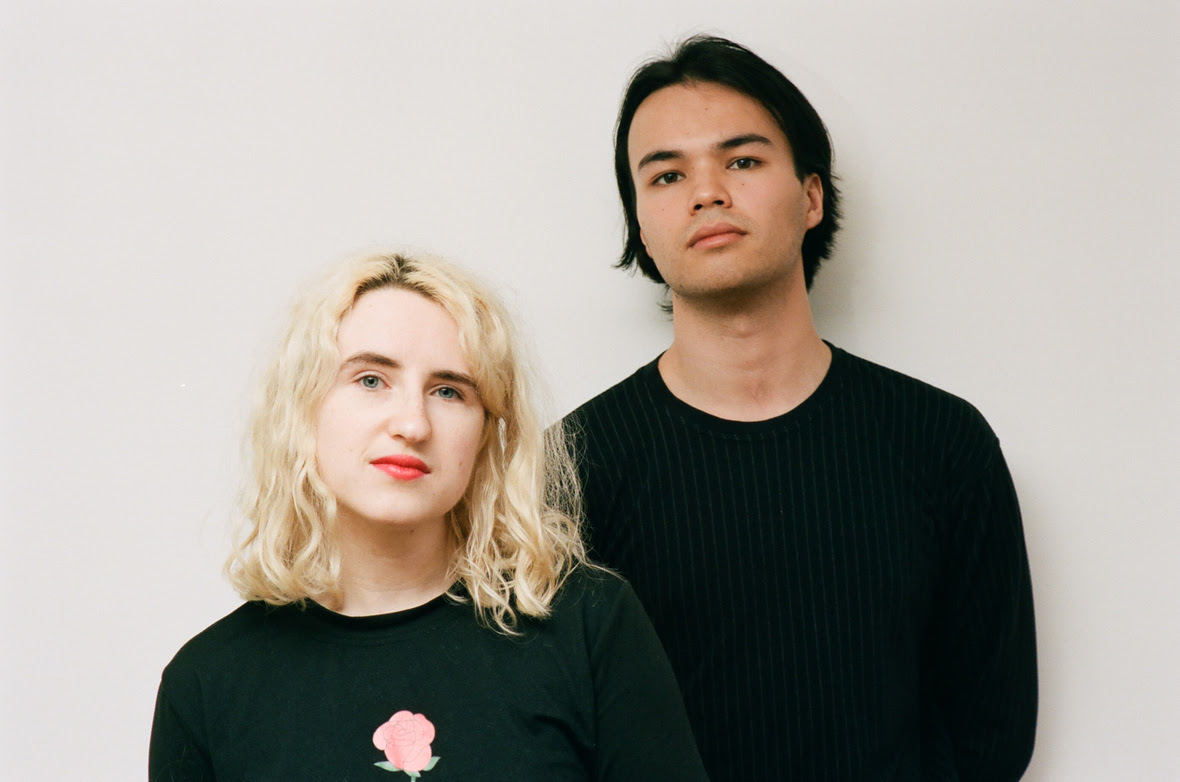 “With Heat” is taken from Bodywash‘s debut album, Comforter, due out August 30 on Luminelle.

Montreal’s Bodywash are readying the release of their debut album. Following up on the dreamy singles “Eye To Eye” and “Reverie“, they have now unveiled a cloudy and languid new track: “With Heat”.

About the origins of the track, Bodywash’s Rosie Long Decter stated:

‘With Heat’ began as something entirely different – a ‘90s alt-rock instrumental that Chris wrote in 2016 for a contest. We’d pretty much decided not to include it on the album, but in October 2017, while Chris was upstairs recording guitars for some of our other songs, I holed myself up in an empty room beneath the studio to break the track down to its bones. I changed the key, altered the chord progression, and overhauled the sound, aiming for something fuzzy and warm and wistful. The idea of reworking it had been floating around my head for months, but the whole thing actually happened in three days – I tracked the synths and vocals and then Chris did the guitars at 2am on our last night there.

The song comes from a feeling of being trapped – of returning to something you know is bad for you, whether that thing is a relationship or a place or a feeling (for me, it was all three). It gets at the tension between giving into a toxic situation and trying to forgive yourself for it, while still hoping for a way out. With the video, we wanted to convey that tension – to create a sense of claustrophobia, of being enveloped and haunted by something that you can’t quite articulate. A woman moves through a house, touching the walls, exploring, looking for something; she might not ever find it, but she keeps looking.

The track also comes with a beautiful video (their first one) which was directed by Max Taeuschel. According to Taeuschel, “‘With Heat’ explores longing, instability and acceptance through a surreal night in a house experiencing opposing elemental effects. Using copious smoke, coloured lights, and shooting a CRT TV through water, the video evokes a dreamy fantasy within the suburban mundane.” Watch below.