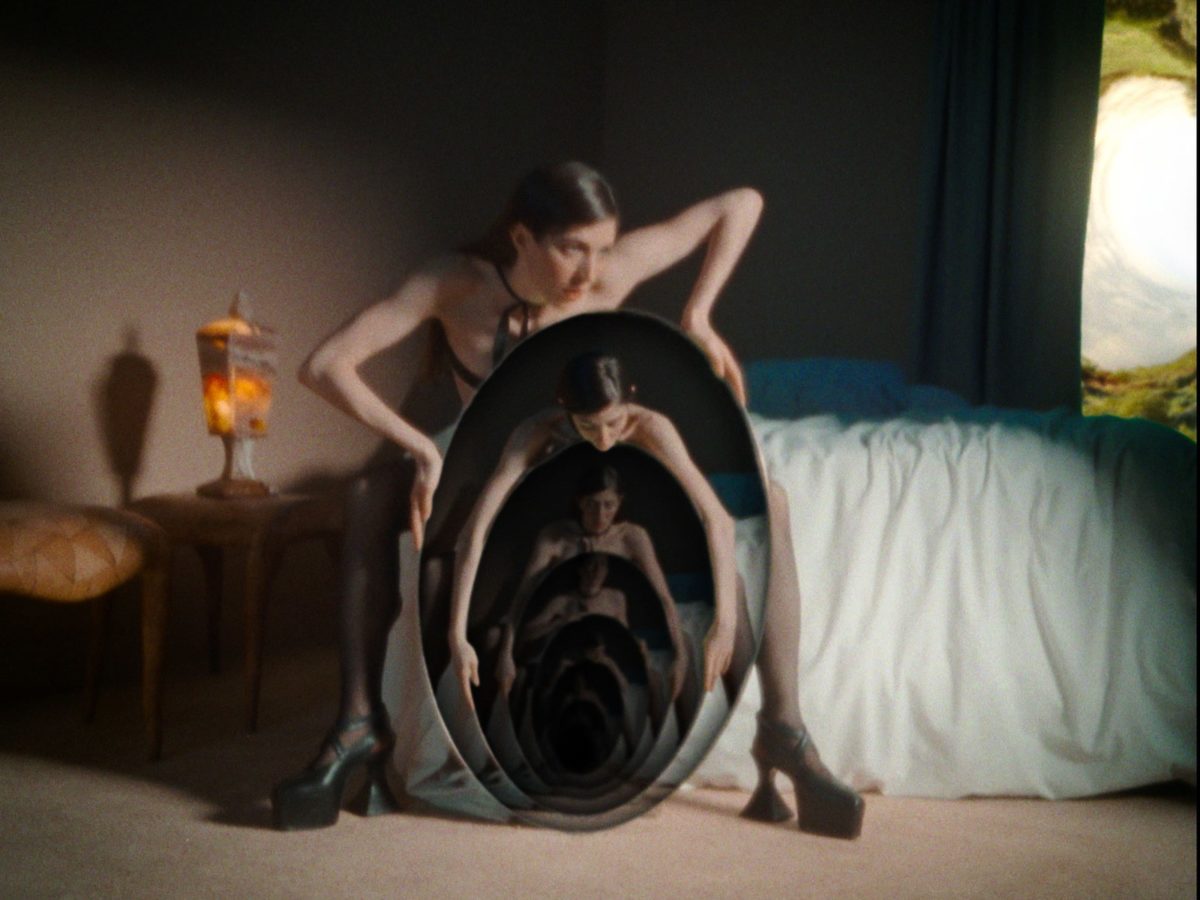 “Door” is the first single from Caroline Polachek‘s yet untitled debut solo project, to be released later this year.

Known for her contribution to indie pop duo Chairlift, Caroline Polachek has been involved in several projects since the band split up in 2017. Besides two albums released under the monikers CEP and Ramona Lisa, Polachek was also featured in Danny L Harle‘s banger “Ashes Of Love” and on Charli XCX‘s amazing mixtape Pop 2, amongst others. After almost three years of creative trials, she has now decided to focus on her own sound and emotions. “Door” is actually her first single to be shared under her full name.

Produced by Polachek herself with assistance from Jim-E Stack, Dan Nigro and Danny L Harle, “Door” is a sophisticated indie pop vortex with a catchy hook in the shape of a ricochet. Recalling the Matryoshka dolls or Instagram’s infinite zoom filter where your head appears in your open mouth over and over again, she sings “you open the door, to another door to another door, to another door to another door, and I’m running through to you,” jumping from portal to portal with her ethereal and idiosyncratic falsetto. “I knew straight away I wanted to follow the thread of a magical, almost folkloric tone. I really did push myself to kind of do the most expressionistic singing I’ve ever done,” she stated in an interview with Vogue.

A symbol of emotional and musical rebirths, “Door” also comes with a video that she co-directed with Matt Copson. Watch below.