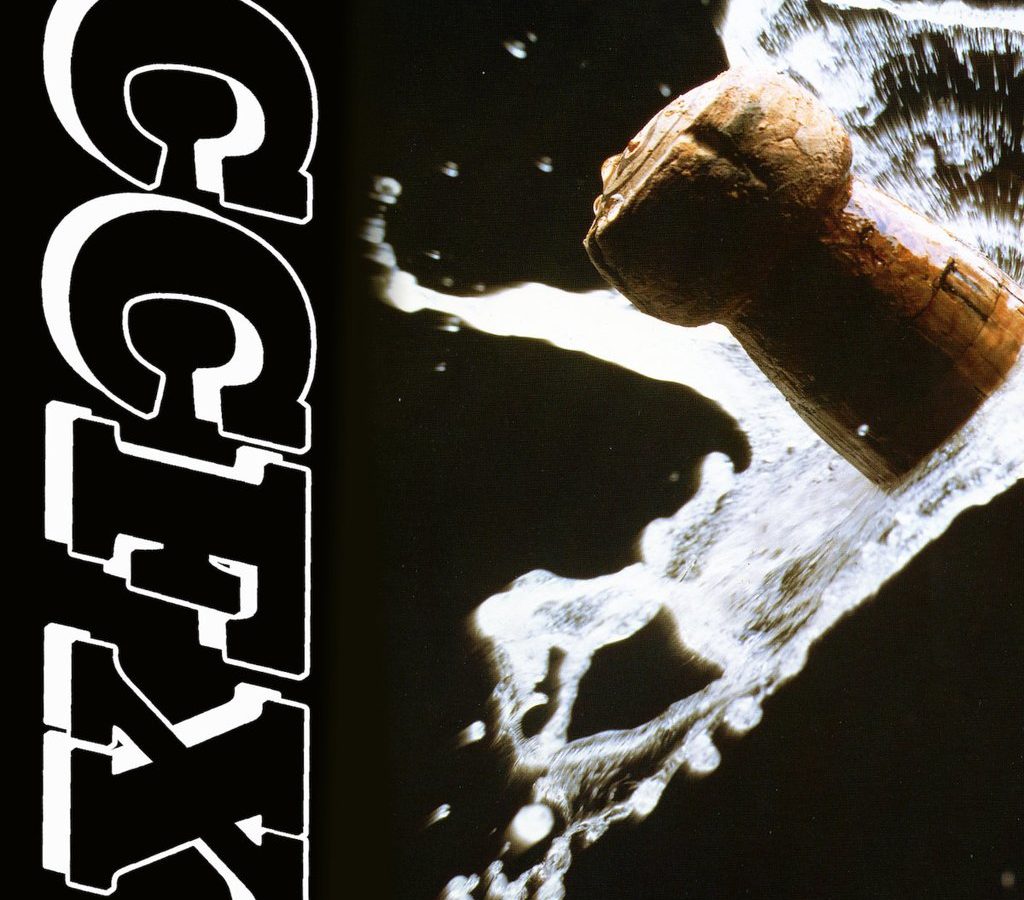 In a nutshell, CCFX are basically an old-school indie band trying to make it in 2017.

Formed by members from CC Dust and Trans FX, this aptly named supergroup (their words, not mine!) has just made their debut with a self-titled EP (because, of course, releasing EPs is what indie bands do). What else? Oh yes, they come from Olympia, Washington; a sort of haven of alternative culture that has been a foundational stone for the developing of several music scenes since the late 1970s. As for the music, it achieves an unlikely blend of dream pop instrumentation with programmed drumming that works quite well for some reason.

If “CCFX EP” is not a revolution, it does lay a nice foundation and secretly features one of the best indie pop songs of the year

Being comprised of only four tracks, the “CCFX EP” could be seen to serve merely as a brief introduction to the band’s microcosm, but it’s rather a rare celebration of the EP as a valid, self-sufficient thing. After all, there might be an argument for EPs being the go-to format for indie pop bands – just off the top of my head, My Bloody Valentine, Slowdive or Cocteau Twins released iconic EPs early in their careers. If you want to trace down CCFX’s referents on a purely musical level, though, you’d have to go back a few years earlier from the era when those bands started to put out music. Just listening to one of their tracks will make it fairly evident that CCFX blatantly take their cue from the slightly odd reveries of The Cure, and I’m surely not the first person to mention how much lead singer Mary Jane Dunphe sounds like a young Robert Smith. That can be a good thing, though – her dreamy vocals take over the lovely “Ode”, an evident call-back to The Head On The Door-era Cure, while the wistful “2Tru” relies on its mechanic rhythmical pattern to set up a sombre atmosphere, just like Smith’s band at their most post-punk.

CCFX are hardly the first band to openly re-appropriate The Cure’s sound for their own purposes, but they are definitely one of the few that actually bother to shake things up a bit and introduce some genuine elements. It’s precisely the EP’s opening track and clear highlight “The One To Wait” that constitutes a perfect example of the band’s artistic vision. It starts just with a heavy bassline that is soon followed by reverberated guitars; up until that point, all rather standard indie pop music. But then some strange beat kicks in just out of the blue and you’re physically forced to be immersed in the track’s sonic development. The song goes on for more than six minutes, but it’s actually hard to notice if you don’t look at the track length; it flows so seamlessly that you get the impression that it’s all over after a couple of minutes. It sounds a bit as if Reni from The Stone Roses had joined The Cure for a band rehearsal that had somehow turned up alright; or, if we’re going for more realistic scenarios, you could say that CCFX‘s “The One To Wait” is highly reminiscent of My Bloody Valentine’s “Soon”, an incredibly unforeseen noise dance track that just pops up in “Loveless” and leaves you wondering about what has just happened.

Although highly enjoyable, “CCFX EP” is not a particularly remarkable piece of work – as a debut EP, though, it does lay a nice foundation on which the band will be able to build in future releases. Their odd approach to dream pop is definitely more attractive than their sense of melody; for all its oddities, CCFX is slightly less memorable than it could have been. There’s still a lot of promise in it, though, and if CCFX are able to come up with songs like “The One To Wait” or “Ode” on a regular basis, be ready to hear a lot about them in the coming years.