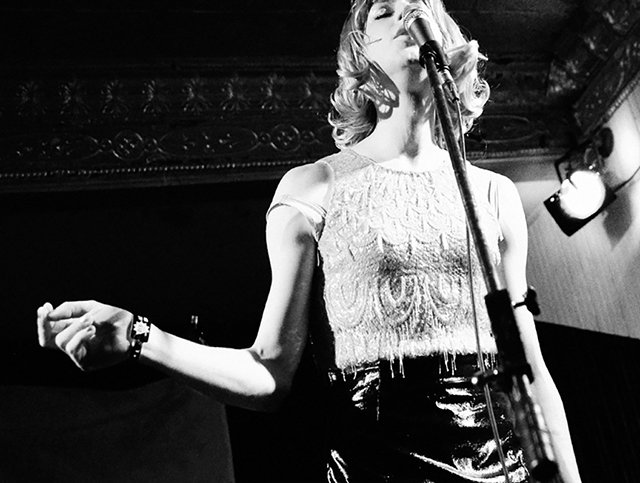 “I Want You to Suffer” is taken from Cindy Lee‘s upcoming album, What’s Tonight To Eternity, due out February 14 on W.25TH and Superior Viaduct.

We’ve known Patrick Flegel for quite a bit now. They were the lead vocalist in Women, a sorely missed post-punk band that stood out in the late 2000s for their stern refusal to participate in anything that could ever be described as “chill”. Women were ferocious and thrived in building songs out of knife-sharp guitar riffs, yet there was a classic pop sensibility to their melodies. It is that same sensibility that Flegel has been capturing for a while under their new moniker Cindy Lee.

It is also the one after which their new single “I Want You To Suffer” is born. In what is quite possibly the project’s best song to date, Flegel lets their love for pre-1960s pop come to the fore. For a song titled “I Want You To Suffer”, this seven-minute lo-fi affair features am impossibly bright melody. However, this is a Patrick Flegel song, so you can tell there is something uncanny from the very beginning. It’s not late before the organs ringing out in the first seconds are buried by a Sonic Youth-esque wall of distortion, sinking the song’s sunny vibes into an abyss where it lingers for a deafening middle section.

But fear not: that lovely melody is soon rescued by a minimalist organ-sounding synth. It’s an absolute rollercoaster of a song, and it gets more fascinating with every listen. This is what The Velvet Underground would’ve sounded like if they had stuck with Nico for their second album; or what could have happened if Daniel Johnston fronted Throbbing Gristle. Cindy Lee are here to remind us that pop music can also co-exist with ugliness, noise, and loudness. Their new album What’s Tonight to Eternity is coming out on February 14, a date that manages to be both grim and rose-coloured. You couldn’t ask for a better fit.