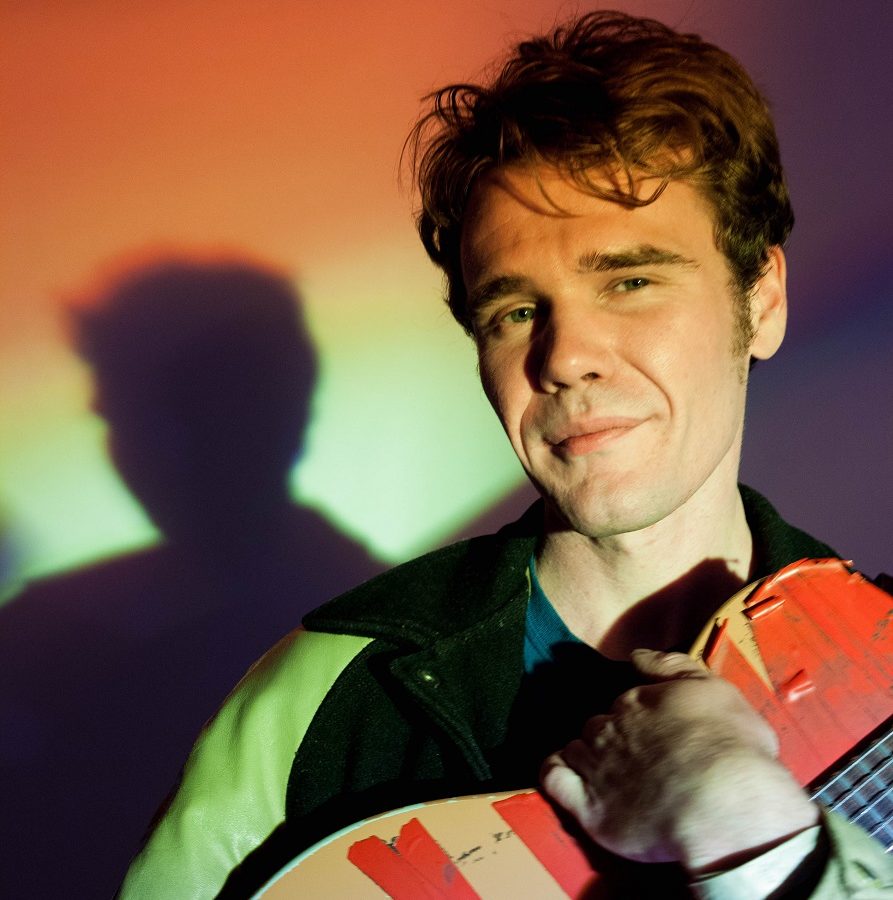 Crying High‘s debut album ♬ is out April 22 on Arbutus.

Toronto-born D Kleiser is starting a new project as Crying High, and will be releasing his debut album ♬ (yup, I know) on April 22 on the Montreal-based label Arbutus Records (TOPS, Sean Nicholas Savage and early Grimes). A self-defined “psychedelic crooner” with a passion for disco and EBM, Kleiser’s music is reminiscent of the poppiest sounds by contemporary left-field troubadours like Ariel Pink or John Maus. Much like with those two artists, Crying High’s songs place their appeal on their charming DIY ethic, making “out there” ideas seem more approachable and welcoming. Crying High even market themselves this way, the only physical copy of their new album being released on cassette.

The first single off Crying High’s debut album, “Hold Yr Terror Close” is an understated electronic pop song that continually plays with the listener’s expectations by becoming a completely different thing every thirty seconds. The whole thing is as mesmerizing as it is completely bonkers. It starts off as a plaintive electro ballad to which a meat-and-potatoes synth beat is suddenly added, becoming the typical dance-while-you-cry disco banger that we all know and love. By the next verse, though, the song has become a duet, Sarah Brunning bringing in her warm and affected vocals. From her appearance onwards, “Hold Yr Terror Close” stays a straight-up banger, its chorus (“So close your eyes and hold your terror close”) becoming a mantra to which we are all invited to resonate aloud. Apart from releasing their debut album next month, Crying High will spend part of the springtime touring Canada and Europe, so make sure you keep your eyes peeled.