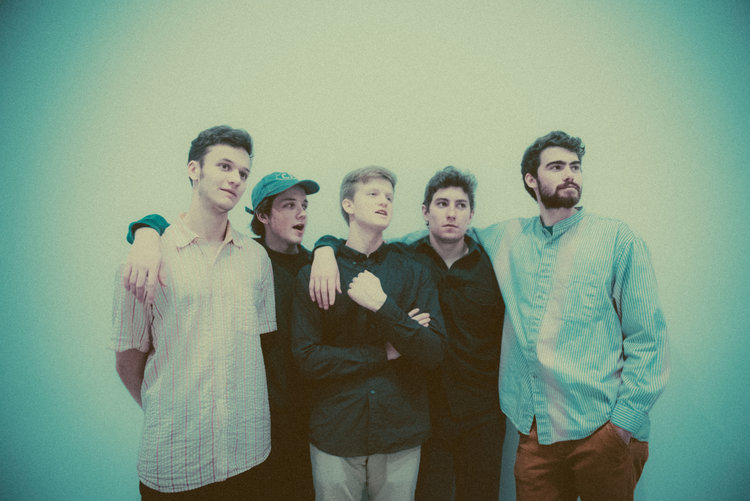 In the beginning of this month was released debut project from Dawkins, a band comprised of five buddies that met during college in Washington D.C. Mixing electronic sounds with hip-hop and pop, this is the soundtrack you needed for the summer.

Called simply “EP1”, their debut doesn’t hesitate on bending a lot of genres, showing that nowadays the new generation listen to almost every type of music and is able to call very different influences. In “Peaches”, Dawkins reveal their sweet electronic synths mixed with strong dreamy vocals reminding the likes of Animal Collective or Yeasayer. Described by them as “experimental pop”, they don’t hesitate on playing with their different strengths to bring something magical and powerful, making you fly into their universe.

In “Kiwi”, they show a much sensitive side of their repertoire, bringing a sense of downtempo electronic to the table and experimenting with a whole package of sounds to sublimate the vocals. While the previous track goes into their pop side and can definitely be presented as a single of the EP, “Kiwi” is a bit difficult of access but still shows the ability of the band to navigate into many influences and keep it coherent.

You can check out the entire “EP1” by clicking here.