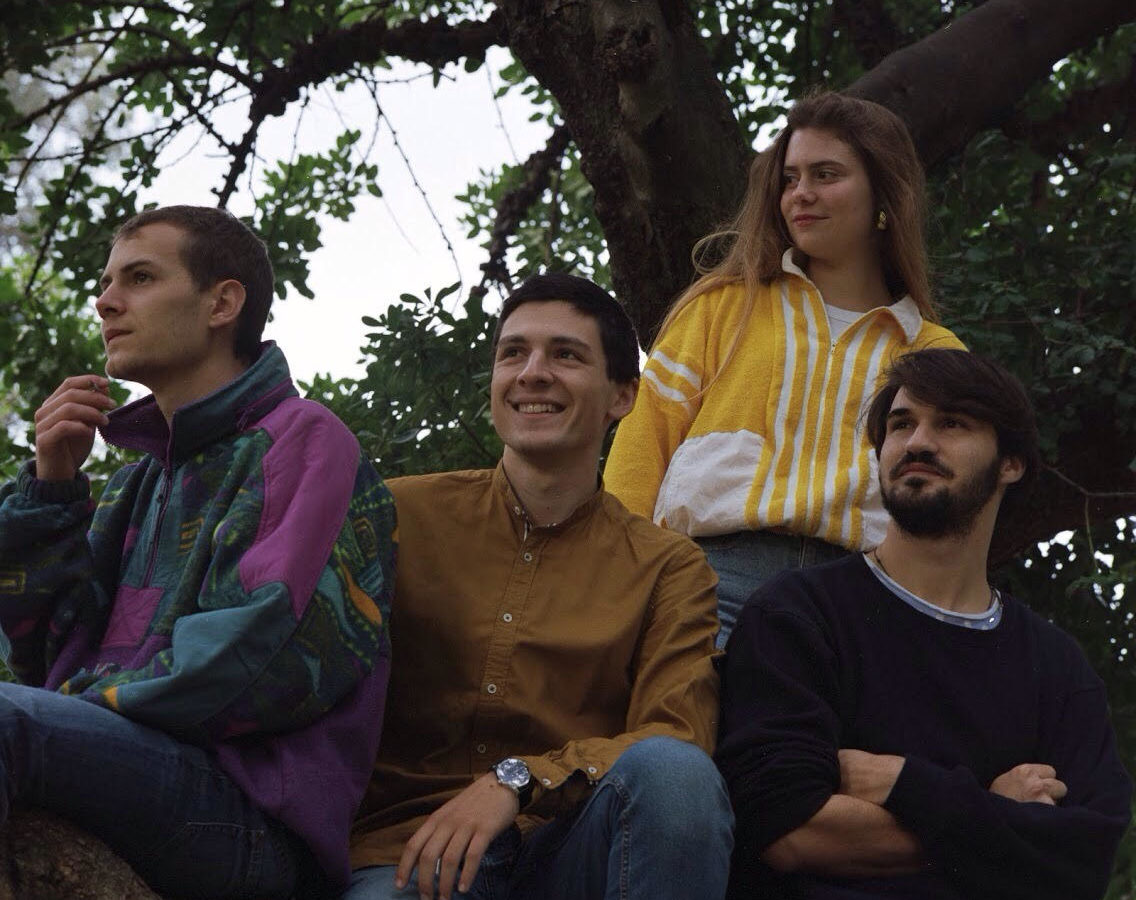 “Blue Noon,” the second release off Italy-based newcomer Eugenia Post Meridiem‘s upcoming album, is out tomorrow on Factory Flaws. After the warm reception of excellent debut single “Low Tide,” newfound fans of the burgeoning indie act will be happy to hear that “Blue Noon” continues to awe with a rich, mysterious sound.

Like dipping your toe into a cold pool, the track begins slowly with rattle snake drums and meandering guitar. The sound opens up with frontwoman Eugenia Fera‘s pouty, powerful singing. Featuring her empyrean vocals buttressed by darker, punk undertones, the track is quintessentially cool. While Eugenia‘s vocals are obviously impressive, it’s really with the support of the rest of the band that the track glitters and shines. Backed by a parade of guitars, drums, and keys played by her three male fellas (Giovanni Marini, Matteo Traverso, Matteo Gherardi), the group creates a joltingly dynamic backdrop by adding and removing layers for a robust and riveting soundscape. More than anything, “Blue Noon” and single “Low Tide” before it are a triumph for Factory Flaws, the small yet incredibly mighty label that’s quietly been championing the future of Italian independent music since their inception in 2016. Add Eugenia Post Meridiem to the list of their incredible finds.

It would be easy to reduce the project to sound alikes, because they do sound like some of the greats: this latest release alone contains some of the severity of Big Thief, the grungey chortling of Chicago’s Campdogzz, and even the murkiness of King Krule. However, to simply compare them to another band would be a disservice to the individualistic nature of the project; Eugenia Post Meridiem are in a league of their own.

The upcoming album portrays Eugenia standing alone, exalting in an unknown, white-washed void. That’s really what the tracks sounds like: the oxymoronic fullness of a vacant place, the serene solitude of nothingness, the beauty in emptiness. “Blue Noon” is the kind of song that stretches forever and in every direction. Perhaps find a void of your own to burrow into and check out “Blue Noon” now, premiering exclusively on HighClouds.