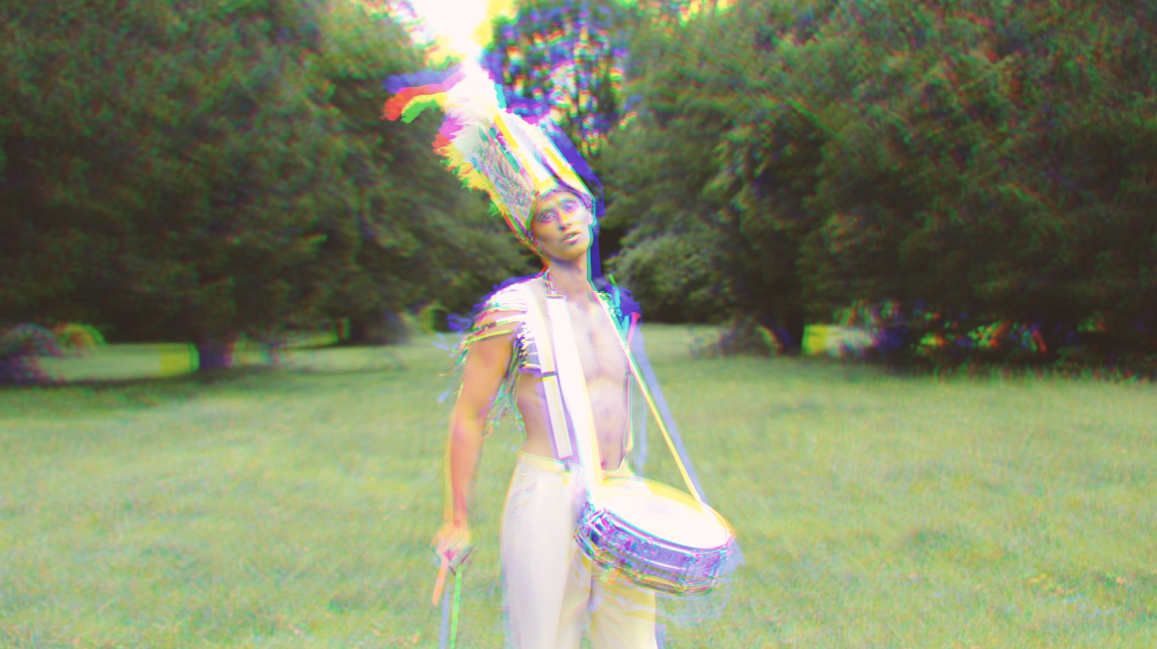 Brooklyn-based queer artist Fade On (who also goes by his real name, Sam Schall) has just released the video to his latest single, titled “Ice Cream”. It is just what the name suggests: sweet, colourful, and devastatingly cold in the face of the tragedy of modern romance.

A self-proclaimed “haunt-genre” artist, Schall is known for combining an upbeat pop-y aesthetic with dark undertones, and “Ice Cream” delivers just that. The lyrics are saccharine (“I need all of your love,” Schall croons in the bridge) and include plenty of innuendos (“I can lick it, stick it, let me pump it through your bloodstream”). The wavy synths bring out the best out of the 80s-obsession. It’s impossible to deny that “Ice Cream” is a catchy tune. Remember when your skinny high school boyfriend would send you URL links to Metronomy and Spector songs? If released five years prior, Fade On‘s “Ice Cream” would also be on the list.

The music video to “Ice Cream” reflects that idea of melancholic bleakness dressed up in lively colours. Assistant directed by close friend and frequent collaborator Liz Nistico of HOLYCHILD, it depicts Schall engaging in various activities with a Zelda Fitzgerald lookalike who seems a bit blinded by their love. Literally – her eyes are melting off.

“It’s how I see a lot of relationships right now, including my own,” says Schall. “Most frequently meeting people online. A lot of times we’re just satisfying lust. Which is a lot of fantasy and make believe. The lack of real human interaction alienates you. And most of what we create in these relationships is all in our head.”

Basically, dating in the modern age is hard. Why not just stay home with a tub of Ben & Jerry’s?