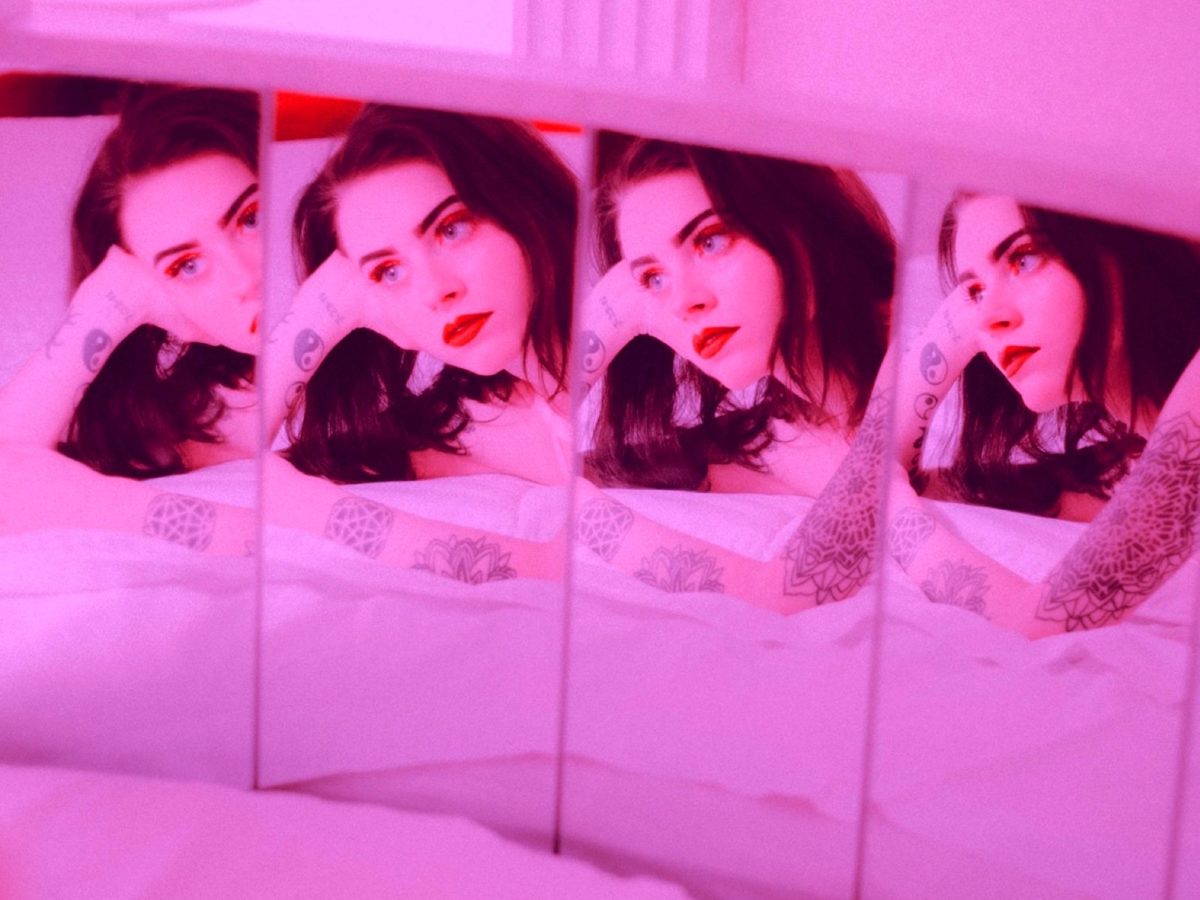 Personally, I’m really drawn to the kind of music with deep bass and ultra-chill vibes.

Tracks that seem to wrap itself around you and breathe gently on the back of your neck and into your ear, all seductive and melting into you. Hell, I even have several playlists just dedicated to those kind of songs. I’m always looking for more songs to add to my repertoire because it’s a point of pride for me. While on my never-ending search, newcomer Darci’s new track “Arts and Crafts” fell into my lap and I honestly fell in love with the vibes. Trust me, you have to listen to this.

I’ve never actually seen real snow in my entire life. Growing up in Southern California, snow was not exactly a common occurrence (although once when I was younger, ashes from a nearby fire – which are common in Southern California – began raining down and my dumb ass thought it was snow). But the intro to “Arts and Crafts” is what I’ve always romanticized snow to be like in my head. It’s soft and gentle, almost ethereal. Softly padding its way through a crystalline, pristine path. It starts quietly and gently and kind of just floats around you and suspends itself in the air. Everything feels serene. It’s then undercut with a solid bass and drum track which meshes together in faded neon pinks and electric blues and violets. Darci‘s fourth single is chill and laid back; simple but with a sophisticated, luxurious vibe like ice cubes in your Cristal. It’s as expansive as the broad night sky you can see through the front window of your car.

As a lot of rap has been fusing with electronic/R&B vibes utilizing them to create a more hypnotic effect. Rather than its rougher counterparts, electronic-centric R&B music is more mysterious and seductive and draws you in. Darci really adopts these vibes to his music, while still having a low-key club vibe. I can definitely see myself nodding along to this song in the back of some dimly lit party with a drink in hand. It’s not a dance club song, but most definitely something you can vibe to, reminiscent almost to some of Drake’s more laidback songs (especially apparent in one of his other tracks, “Two Up”).

“Arts and Crafts” was actually the first song I’ve ever heard from Darci, but I was immediately drawn when I first heard the song. I really dug how chill it was, and still managed to be distinctive from the deluge of other tracks out there. If you want to kick back and vibe to something that’s low key hyped I definitely recommend this song (Patrón not included, but recommended).