After meeting in the university in London, Sage Redman and Joe Gillick, aka, FKL decided to start creating music together as their love for synth-pop ballads has reunited them. In “Violence”, they share their thoughts about the current political atmopshere, inspired by a feminist book called “Women in Dark Times” by Jacqueline Rose.

The duo share a powerful yet simple statement, full of poetry. Women of all backgrounds stay still, without moving, like a furniture. That’s the role women have occupied for ages, being objectified, used, oppressed, raped by men. In 2017, women from all over the world have decided to share their experiences of patriarchy by the hashtag #metoo on social media, that has breen spreading like wild fire. We all are, from now on, obliged to open our eyes, and change the situation. The powerful voice might be switching to the other side, for once. Better late than never. Sage Redman from FKL decided to share with us what inspired her new song and her experience as a woman and artist. 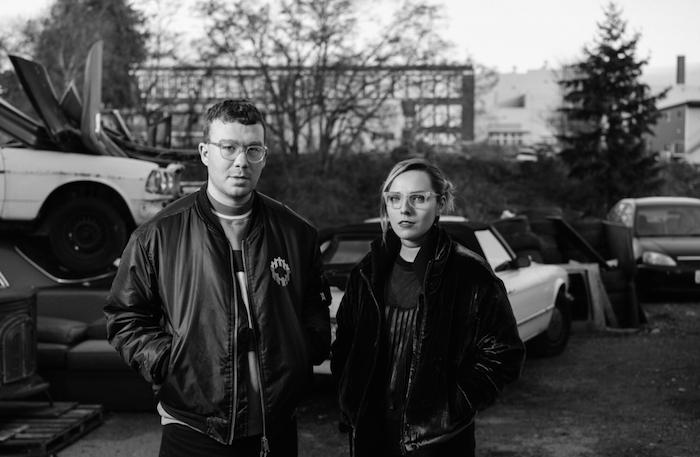 The inspiration for ‘Violence’ stemmed from a series of Marilyn Monroe quotes that resonated with me. Once in an interview she was asked how she ‘cranked up’ to do a scene. She replied, “I don’t crank anything. I’m not a Model T… We are not machines however much they want to say we are. We are not.” It got me thinking about a woman’s exterior and the persona we are meant to embody in public life. Monroe was the subject of intense, widespread adulation – loved and admired for her talent, yes, but more for what she represented. The fame, desire, decadence, frailty, and fantasy symbol she became loomed larger in people’s hearts and minds than she, as a mere human being, could ever fathom. “All these people I don’t know,” she said. “If they love you that much, without even knowing you, they can hate you just the same.”

“Wish you had a tolerance for my violence” FKL

Never has her point been more evident than in today’s age of social media. Now, the previous emphasis on the ‘public persona’ is not sufficient nor seen as successful without an element of the private. Women are simultaneously expected to uphold the pristine facade that society has expected for decades whilst facing a lense towards our private moments, ones of vulnerability, normalcy, idiosyncrasy, comedy – whatever we’ve got. As someone that struggles with sharing, explaining (I even struggle to write this short blip!) or anything of the sort, I feel suffocated by this pressure to constantly place oneself in a perfectly imperfect frame. One last Monroe quote, and the one that truly sparked the motive to write this song, continues to stick with me. As I attempt to stomach reading the news each day, of the new and old injustices women continue to face around the globe, I am reminded: ‘We must be alive when looking dead.’