From 90s crush to independent artist: the story of Jennifer Paige 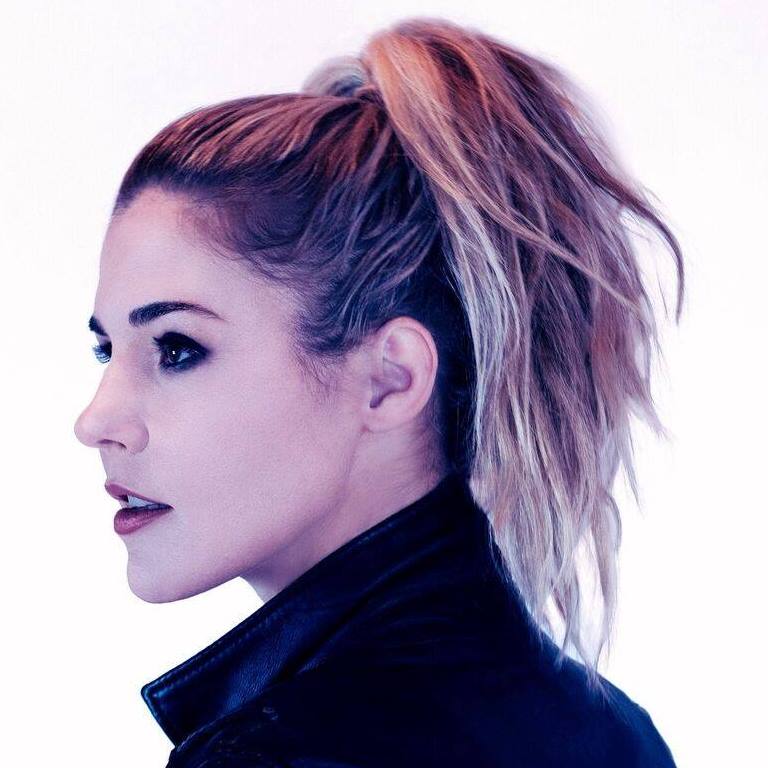 All the kids of the 90s remember Jennifer Paige, thanks to her debut self-titled debut album and the enormous hit “Crush”, which sold 11 million copies all around the world. After releasing two albums, “Positively Somewhere” and “Best Kept Secret”, she disappeared from our radar due to life-changing events.

After relocating from Los Angeles to Nashville, both of her parents died in the lapse of two weeks. Since her biggest supporters passed away, the singer lost her will of singing. Her personal health was also in jeopardy as she was diagnosed with melanoma a bit later and went on and off from doctors’ offices until her full recovery. Those events changed forever the person and the artist she was. With her first album in 9 years, she decided to comeback in her own terms. Completely self-written, self-produced, self-funded, Jennifer Paige could dig further into her song-writing skills and went for a 80s synths-inspired sound. She took some time to discuss her first success with us, the life-changing events of her life and the artist she has become.

Highclouds: First of all Jennifer, I’m so honored to meet you. I was, and still am, a big fan of your track “Crush” and I’m almost freaking out that I’m talking to you!

Thank you so much!

How do you see that experience almost 20 years after that huge success?

“Crush” so perfectly represented me at the time, living in California, singing by the ocean with bands every weekend, flirting like mad and driving around in my convertible. Life was carefree and full of fun and I think the song represents that freedom that most of us feel as kids as we discover the world on our own for the first time.

You talked in an essay about the difficulties you went through when your parents sadly passed away and you were diagnosed with skin cancer. Why did you decide to write about it and how did you feel after writing it? Have you ever read that article again?

Yes, I recently read the article you’re referencing. It was something I felt an overwhelming need to share because I’ve been so quiet about my personal life over the years. I never wanted people to think I was seeking pity or making excuses – we’ve all had hard times, and I’m fully aware of that. That being said, I felt my fans deserved an explanation as to why I’ve drifted in and out of music throughout the years. I’d rather them know the truth, that I had lost my fight, than to have to come up with an explanation on their own.

How do these difficult moments change the person and artist you are today?

I’m a better songwriter because I have so much more compassion for others. I never understood how people could half-way do something until I was out of my depth. When your heart is hurting, it’s difficult to find the inner strength it takes to give your all to something. It’s so nice to be on the other side of that feeling, and I hope that my story will encourage someone out there who is feeling today what I was feeling back then. I believe this is the best, most authentic album I’ve made and I’d credit that to no longer having room in my life for BS – that is a direct result of losing loved ones, having my own life in the hands of fate and learning what matters to me most.

“The beauty of this time in music is that the gatekeepers don’t hold the only keys to the gate anymore.” – Jennifer Paige

After being a huge pop success, you decided to come back with a new track “Devil’s In The Details”, new album called “Starflower”, and everything will be self-written, self-produced and self-funded. Why did you decide to come back in your own terms?

I was ready to go. That’s the main reason. I didn’t want to take meetings, talk with A&R guys, hear opinions… I was ready to make something new, and the beauty of this time in music is that the gatekeepers don’t hold the only keys to the gate anymore.

How is your new work different from your beginnings? How did the creative process work for you?

This album was different because I worked with only one producer, Jeremy Bose. On my previous albums, I’ve worked with several producers on each album and I found it difficult to tell a congruent story that way. The studio was about 15 minutes from my house. No flying to different states and countries to work with “hit songwriters” – we wrote the tunes, recorded them, and called it a day. Then I went home to eat dinner with my family. So perfect…

As an artist, how is your experience any different from what it was back then to now? What evolution have you seen in the music industry?

The biggest change I’ve seen is the relationship between artist & fan. Whereas it used to be important to have a certain distance to preserve that “star quality”, it is now important to connect on a deeper, more personal level. We chat about things other than when my records are coming out, and they rally behind me in a big way. I have a very cool group of people behind me.

In which way do you think the old fans will also be satisfied with your new album?

I think it’s a matter of just spreading the word about the new album because the longtime fans who’ve listened have seemed to have jumped right onboard.

“I hope people like me, of course, but if that’s not the case, it’s totally ok” – Jennifer Paige

Your work sounds more mature, of course, but something changed in it. What are your influences right now?

I listen to a lot of confident women like Annie Lennox, Adele and Tove Lo. I love Erik Hassle and Ed Sheeran, as well.

How does your new single “Devil’s In The Details” reflect who you are right now?

There’s a slight “what you see is what you get” type thing happening with me these days. I hope people like me, of course, but if that’s not the case, it’s totally ok. I feel the same about “Devil’s…”. I created something to share with others, and I hope it adds a little something extra to their day. That’s all there is to it, really.

You will be releasing your first album in 9 years. What can your fans expect from you in it?

Melodies that they can sing along to, and lyrics that will make them say “I’ve felt that, too.” That is my aim with this album.