Geowulf’s new track “Get You” brings you to the beach 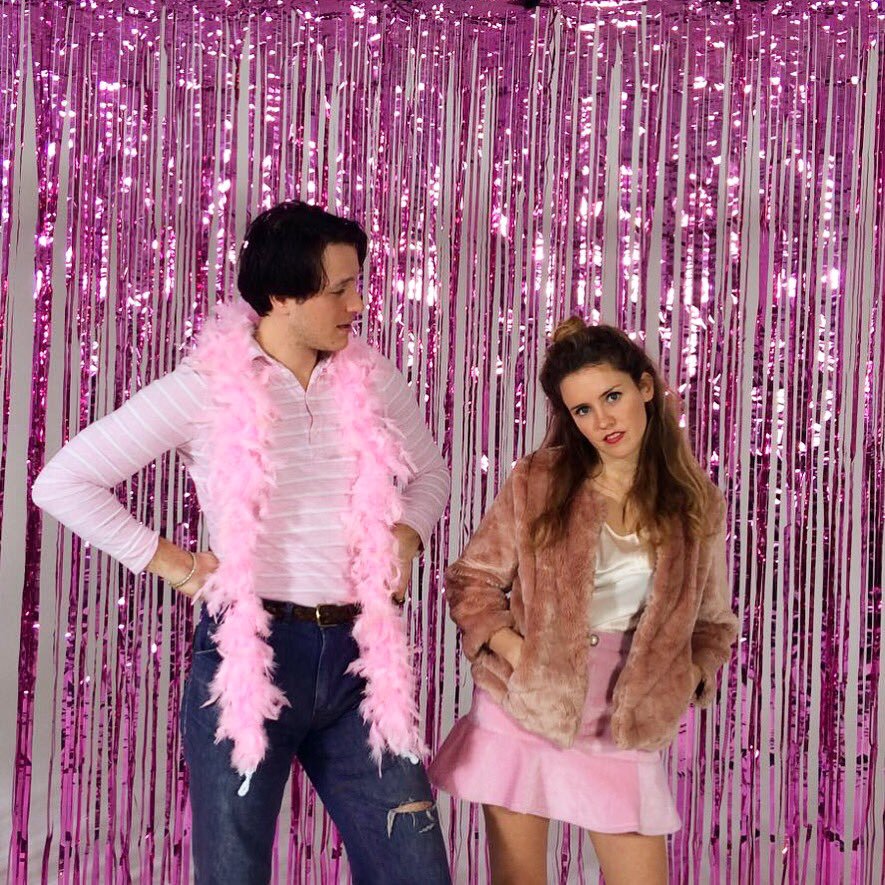 Summer is almost upon those of us in the Northern Hemisphere, and with the ever-growing sunshine that’s shining down and warming us from the inside-out, Geowulf is releasing more and more music.

Geowulf very recently released ‘Relapse EP‘, which bundled their previous singles “Won’t Look Back”, “Saltwater”, and “Don’t Talk About You”.  Check it out if you want to listen some of their successful and also really good previous music all in one place. Also released is their newest track “Get You”, and it’s a lighthearted breath of fresh air.

I’ve mentioned this before, but I really like Geowulf. Geowulf is a London-based duo consisting of Star Kendrick and Toma Benjanin. They have a fresh, distinctive sound that’s a lovely mesh of electronic music with lo-fi indie-pop. “Get You” continues on with their trend of releasing tracks with smooth vocals woven through an intricate musical tapestry.

“Get You” is a lot like their breakout song “Saltwater”, it’s bright and beachy, and feels free. There’s a pleasant familiarity that I can’t quite place, and it feels like the beginning of summer: still hopeful. It was actually their very first song written together, and really what was the catalyst of turning Geowulf into a fully fledged musical project.

What I like best is that it has a certain vintageness tinging every aspect of the song, while still retaining the musical qualities and instrumentation of contemporary music. It’s dreamy and lush, and just full of life. There’s a lot of light in the use of the synths and the music manages to be intricate and layered without being heavy handed. There are so many layers with the vibrant and almost tropical drum beats and the strummy guitars and synths. Her voice has a vibe about it, that when she sings it evokes 80’s beach vibes. Her voice is sunshiny and bright and almost fragile, and it swirls all around. The combination of the music and her voice leads to a really great track. It sounds like the perfect soundtrack while driving down the Pacific Coast Highway, with the ocean stained wind swirling all around you and the oceanside right in view.

Released alongside this track is the music video for it as well. It’s a wonderful and eclectic mix of shiny purple streamers, feather boas, sunglasses, and bright colors. The video is as distinctive as they are, with low quality home-camera kind of candid footage thrown in with videos of them performing in front of paper backdrops. They seem well aware of how their music has vibes reminiscent of previous decade, with their personal styles and aesthetics reflecting this. The video is the perfect depiction of the band and their music: unique, distinctive, bright, lighthearted, and fun. I really liked how it let the listeners get an actual look at the performers and what they’re like. It’s just them having a good time performing and dancing around to the music surrounded by colors.

Geowulf has a couple performances coming up at Live at Leeds, Hit The North, and The Great Escape in Brighton. They’re making the rounds in the UK, and making a name for themselves and carving themselves a niche. I honestly can’t wait for the day they decide to come to America (@ Geowulf: come to California!!!). They’re a super solid group who seem super chill and make really really great music to vibe to. If you guys ever find yourself in California and have the urge to hang out with an awkward teen, just hit me up.