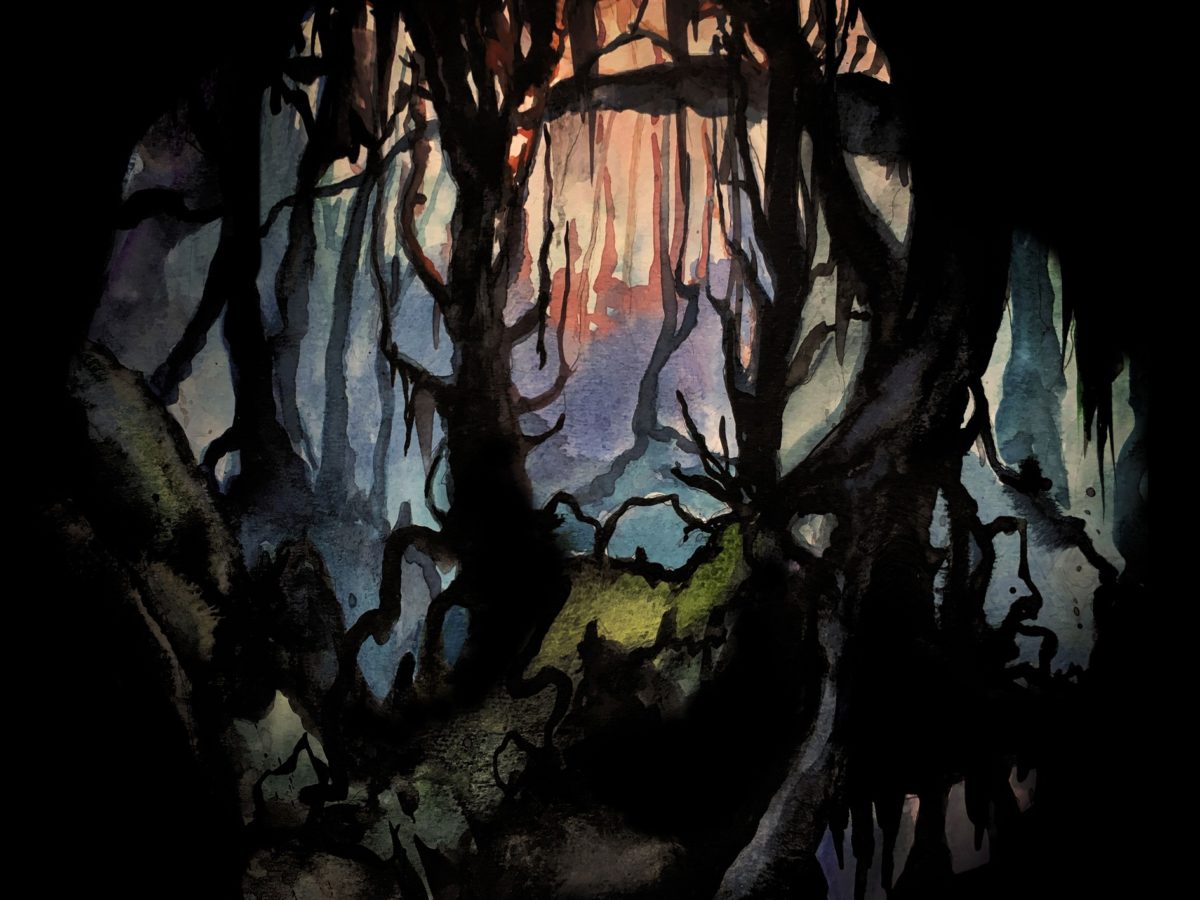 The second right before listening to a new song or artist is an uncertain one. It is the smallest space of time between pressing play and the music beginning, and you have no idea what to expect, or if this might be, you know, “the” song, the one that really sticks around with you for a while. I experienced that moment once again for the millionth time right before listening to the song “Red Eyes” by Washington D.C based lo-fi indie rock band The Sea Life. I was very surprised by the range of emotions that spilled through my headphones and flooded my ears and mind.

The Sea Life‘s track reminds me of some of the other bands I dig, like Vundabar for example, that have a similar gritty vibe that grates against the fibers of your being in the best possible way while defiantly shouting to the world. Afraid, but unafraid. There is also a certain existential melancholy behind all of the music, which really speaks to an audience of disillusioned youth that has been forced to give up what they used to love for “practicality” purposes. The anguished roaring vocals surprise you and manage to pierce you in a way unexpectedly in a way that sneaks up on you. At first, you’re just listening, and in the next second, you’re hit by a wave of intense emotion. You remember some of the things that you loved and that you pushed aside, to make room for concepts that were deemed necessary by society. Each object of joy falling off your body like wilted petals until you’re just a withered husk of what was once there, vaguely empty and just going through the motions. It’s beautifully jarring, almost cathartic, listening to the feelings you had difficulty formulating into coherent sentences being put into song form.

The Sea Life‘s music itself is loud and fills up the room, but there is a certain sweetness to it. Listening to it objectively, the guitar, bass, and drums are what you expect from a typical indie rock fit. The guitar is loud and the drums are heart-racing, but there is an indescribable earnestness to the whole thing. It’s almost as if the music is mimicking our emotions, kind of angry at the world, but also kind of just sad. The background vocals sound almost ethereal at times like you’re trying to wake up from a dream. I really enjoyed the lo-fi, “rough”-ish sound of the whole thing, it just added to the rawness and authenticity. It made listening to the track on headphones have the same feeling as if you hearing it live. Stylistically it gave the song a breath of life, and you can almost picture yourself pressed up in a crowd of strangers trying to purge yourself of the disenchantment and frustration growing up.

Not a lot of songs you hear are the kind that really speak to you. But sometimes you find one that says the words you were never really able to articulate before. Honestly, thank you to The Sea Life for “Red Eyes”. They’re coming out with a self-titled record May 26th, and I am genuinely excited to see what’s coming up. Seriously, give these guys a listen if you haven’t already and start with “Red Eyes”.