Interview: Brittany McQuinn on how to write about suicide in pop music 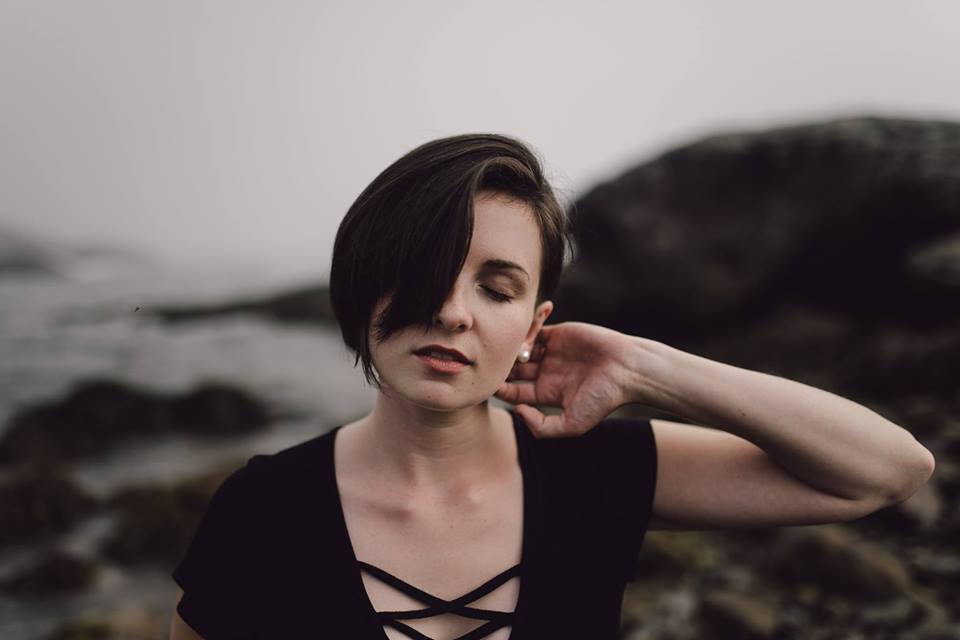 Pop music has the reputation of dealing with fun issues, or when it is sad, they are romanticized to make it lighter. Canadian artist Brittany McQuinn decided to deal with the topic of suicide in “Sudden Stop,” second track taken from her upcoming album “Bold.”

A hard issue that is somehow taken more lightly thanks to its perky production with still keeping it uneasy for the listener. We had a little discussion with her about suicide, pop music and our perception of people with suicidal thoughts.

Highclouds: Can you introduce yourself for our readers who don’t know yet?

Sure! I’m a twenty-something from the Canadian East Coast. I’m surrounded by trees, fields, and the ocean. This place is sort of frozen in time in the best ways. The people are kind and the houses are old and big. You’d think that might mean we are backward but there is a strong entrepreneurial spirit here. Small communities and families work together to maintain our history while preparing for our future. I’m passionate about mental health advocacy. I’ve been a songwriter my whole life as it’s healing for me. I used to describe songwriting purely as the result of my emotional cup overflowing, the overflow being what writes the song. As I’ve grown as a writer, I’ve shifted my view on it to a skill to be refined, through exercises and regularly going outside of my comfort zone. This year I’ve started working with other writers and producers, and it has actually changed my life to be honest. It’s shown me new roads and possibilities I could have only dreamed of.

“Sudden Stop” is the second release of your upcoming album. What you tell us about the song?

I wrote the first verse for “Sudden Stop” minutes before I wrote my last release called “Kingdom Inside of My Head.” The rest was written later. This is one of those songs that I wrote to stretch myself artistically, not out of an emotional overflow. What’s funny is that “Sudden Stop” ended up being a series of facts that are true and one of the most honest songs I’ve shared.

Why did you decide to write about such a sensitive issue?

Sometimes I write the song, and sometimes the song writes me. This is a song that I set out to write, but it ended up writing me as if it was my reflection in a mirror. So while I didn’t feel I had decided to write about this, it came out regardless.

“The truth is they are hopeless deep down, and hopelessness is fatal when it’s covered up for too long” – Brittany McQuinn

How do you think the production helps to open the discussion about suicide?

This is not a super comfortable song to listen to. There is just this constant uneasiness to it that grows through the song, and eventually takes it over. I love that it starts as this cute, tropical pop sound and then this fog come in and drowns it out. Imagine the lighter sound is what a person who is suicidal projects to people. This means it could literally be anyone you know because people hide it. They want to believe that this projection is who they are. However, the truth is they are hopeless deep down, and hopelessness is fatal when it’s covered up for too long. It absolutely has to be addressed and shared with other people: friends, family, mental health professionals. I think there is a lot of shame around admitting that depression has the ability to take over us. Society tells us that we are weak if this happens, believing their quick solution should be preventative enough, saying “Just eat better! Exercise! Be positive! Pray it off! Meditate!” Or whatever else they think should do the trick on its own. It’s hard to break past that to get help when we really need it. And hopelessness is a lie that can be unpacked and disproven by allowing other’s perspectives to help us see reality.

How is “Sudden Stop” different from your previous track “Kingdom Inside My Head”?

What can you tell us about your upcoming album?

My upcoming album is titled “Bold.” It feels like my second and more honest introduction to the world. My last album took 5 years to release, and by the time it did, showing people the songs felt like taking people for a tour through my experiential museum. I’ve changed so much since then, I want fans to know who I really am, and they can decide if they are sticking with me. And I’m excited to meet new people who hear things I write today and go “Me too! I completely relate to that.” That’s one of the most satisfying things as an artist, and is often the fuel in my tank that keeps moving me forward.

Bonus: You can below to her previous track “Kingdom Inside My Head”