ionnalee – “Everyone Afraid to be Forgotten” 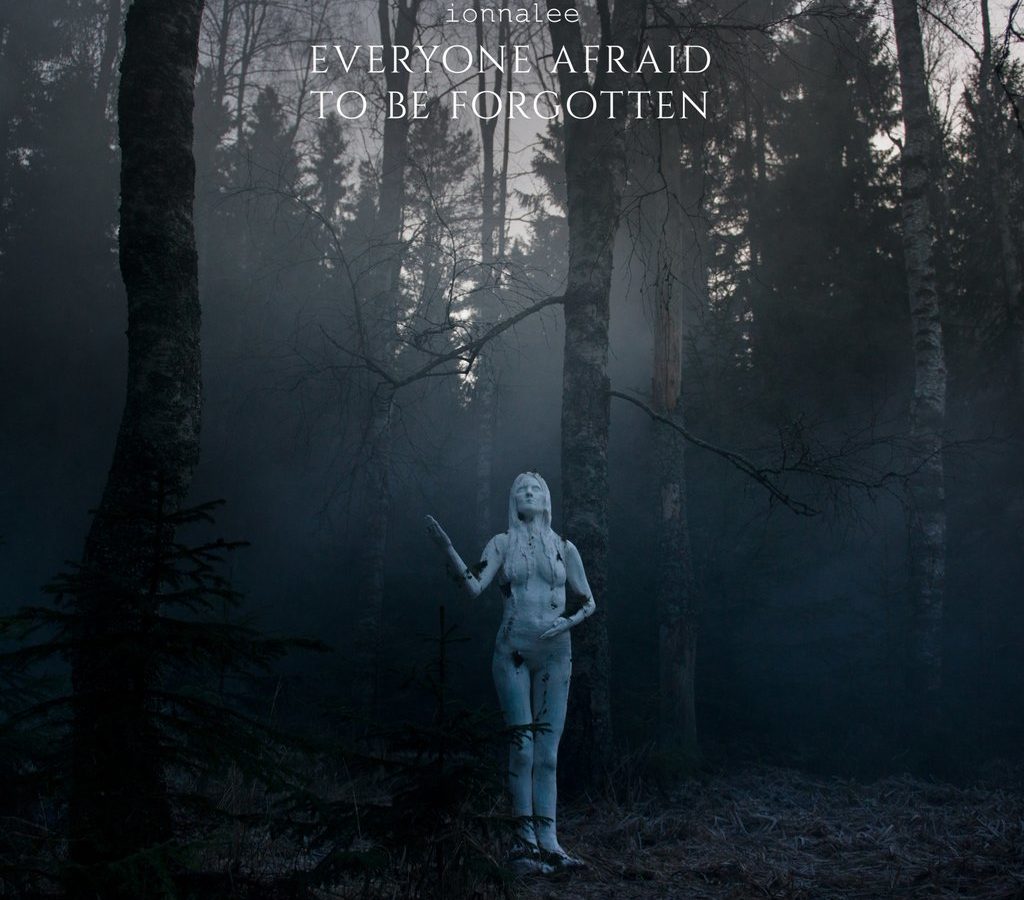 “Everyone Afraid to be Forgotten” is Ionna Emily Lee’s first album under her new moniker ionnalee, following a series of critically acclaimed singles released last year.

It’s highly likely that you’ve come across Lee’s work through iamamiwhoami, her audiovisual project with Claes Björklund that spanned two studio albums, a couple of live releases and a few singles that paved the way for artists like Beyoncé or Frank Ocean to invest on film-like enterprises. Lee has admitted that iamamiwhoami might be done for good, and so she fully put her efforts on this new album, which she has been teasing since early 2017. Far from being your typical random off-shoot that plays on the same old tricks of yore, “Everyone Afraid to be Forgotten feels” like a brand new start for Lee, a welcome career reboot that makes ionnalee earn back her place as one of the most endearing current synthpop artists.

“This is the sound of joy / Coming from the innermost” sings ionnalee in the album’s second track, a relatively minimalistic synthpop track whose lyrics serve as a telling statement for the rest of the record. Even if the album’s lyrics and its pervasive sense of industrial darkness may at times suggest otherwise, “Everyone Afraid to be Forgotten” is first and foremost a joyful affair, brimming with some of the best choruses you’re gonna hear this year. It’s an album that succeeds by firmly establishing an alluring opposition between the irresistible catchiness of its melodies and an invasive, dark production style that has long been Emily Lee’s trademark.

Besides bringing some of the best choruses you’re gonna hear this year, ionnalee‘s “Everyone Afraid to be Forgotten” is a suggestion that light and joy can also be found in the darkest places.

That being said, if you’re listening to ionnalee for innovative production techniques that might make you fall off your chair, you better start looking elsewhere. There are a few exceptions, though – boasting a frantic club beat, “WORK” is a feet-stomping jam functioning as a pure adrenaline injection, while “LIKE HELL” might be the closest any artist has sounded to mid-career Björk in years. Even if it certainly serves its purpose, the instrumentation is mostly spartan and intentionally unimpressive, giving enough breathing space to Lee’s vocals.

If you’re looking for melodies though, you’ve struck gold. These songs are true ear-worms powerfully delivered by Lee’s emotional and idiosyncratic vocals – “SAMARITAN” or “TEMPLE” possess the melodic strengths of feel-good pop queens like Carly Rae Jepsen or Charli XCX, the latter particularly being a prime example of Lee’s impressive ability to write killer choruses, but they’re surrounded by a gloomy aura which makes them stand out from more traditional electropop approaches. For all its instrumental austereness, “Everyone Afraid to be Forgotten” is roomy and vast, the kind of album that allows for calm, headphones listens without renouncing to the sweaty drive of the dancefloor.

The album’s main flaw is its refusal to be trimmed down – its 15-song tracklist goes beyond the one hour mark without ever justifying its excessive length, and a few sections are a real drag to get through. “DUNES OF SAND”, her cinematic collaboration with art-pop mastermind Jamie Irrepressible (still not the greatest artistic moniker) falls a little fat, its melody incapable of conveying the emotional weight that the song’s grandiloquent arrangements are striving for, while the chorus in “BLAZING” fails to deliver a pleasant follow-up to the promising start marked by its thumping beat. Lee has always been an artist working in the margins of her contemporaneity, but here she falls into the kind of excessive unrestraint that hamstrings a good part of modern pop albums.

It’s not just that “Everyone Afraid to be Forgotten” is way too long, it’s that some of these songs are little more than an afterthought – see “SIMMER DOWN”, which just plods along for four minutes, or the aforementioned “BLAZING”. But the positive by war outweighs the negative – even if it could have benefitted from some less self-indulgent editing, Lee’s first album under her new project remains an impressive achievement, a suggestion that light and joy can also be found in the darkest places.