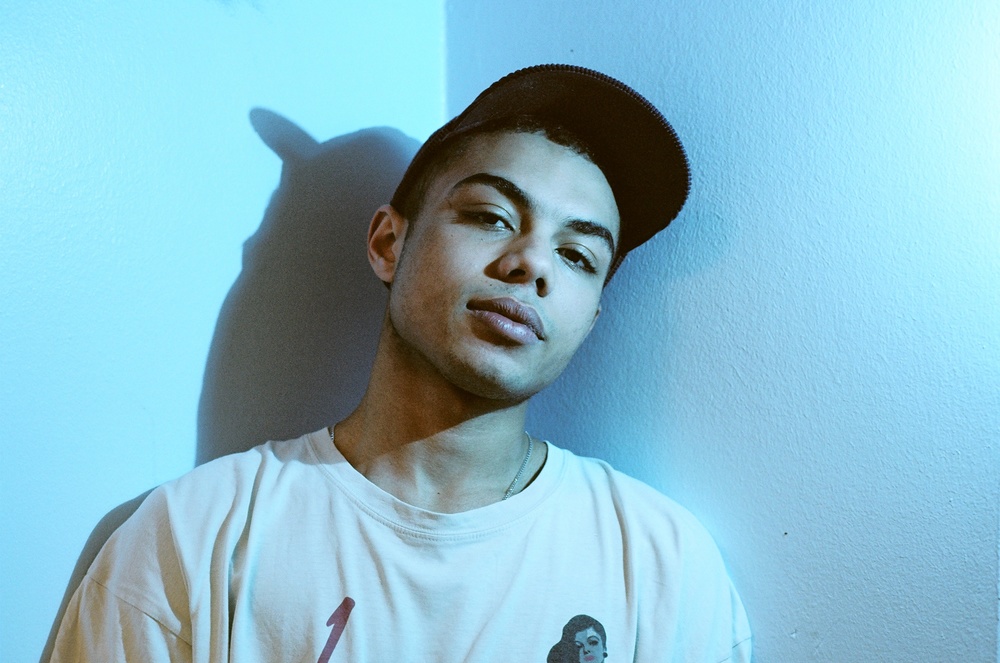 Jim Caesar has always surprised with his crazy ideas; when he has something in mind it is always something grandiose and extremely creative. With his new track, it’s not going to be an exception since he decided to surprise us all with the take of the video. Bold, innovative and careful to any single detail, the crooner can be considered as one of the rising stars of this new R&B scene coming from the UK.

Having fun overall, his music is nevertheless profound, capturing what many other artists have done in the past. Putting a lot of attention on his image as much as on his music, he is the representation of what we are all waiting in the future of an artist: a smart decisioner on every part of his career. He took some time to answer a few questions about his new track “Dutty Wine” and the video that goes with it.

Highclouds: What can you tell us about the track “Dutty Wine”?

“Dutty Wine” is a song that came originally from a 5 minute joke jam in between takes at the studio. My collaborator Richard was on the congas and I was playing these chords just singing “all I wanna do is party it’s all I wanna do”. So initially it was a joke. But later that week I ended up having a sort of break up because I was dancing with another girl while in the “all I wanna do is party” mindset. “Dutty Wine” was then created. The verses is really me speaking from my most vulnerable place where I really do want to be a good loving person but then in the chorus I just ignore that and admit that sometimes I just wanna be wreck head. So the song is really trying to sum up the all encompassing hypocrisy of the human brain. It’s all pretty tongue in cheek though it’s probably my most honest song.

From where came the idea for the video?

In the video we wanted to play the line between tongue in cheek, serious, performance and narrative. I can’t remember exactly how we came up with the idea for me to dress as a woman, but it usually starts with ‘oh that’d be quite funny’ and then it builds from there. The idea is that I’m trying to connect with this girl through being her and as I get more drunk, the more real it feels. But ultimately at the end of the video its lonely and sad existence.

What message do you want to send with this video?

The message with the video is to be more brave and daring. I remember when videos were really visual extensions of the art but now so many videos are too over dramatized or just someone waling around a city. So I try to create something that people will remember and engage with. Just about having fun though at the end of the day and making this entirely independently with the help of some incredibly talented friends was fun, and challenging. Just like my life right now.