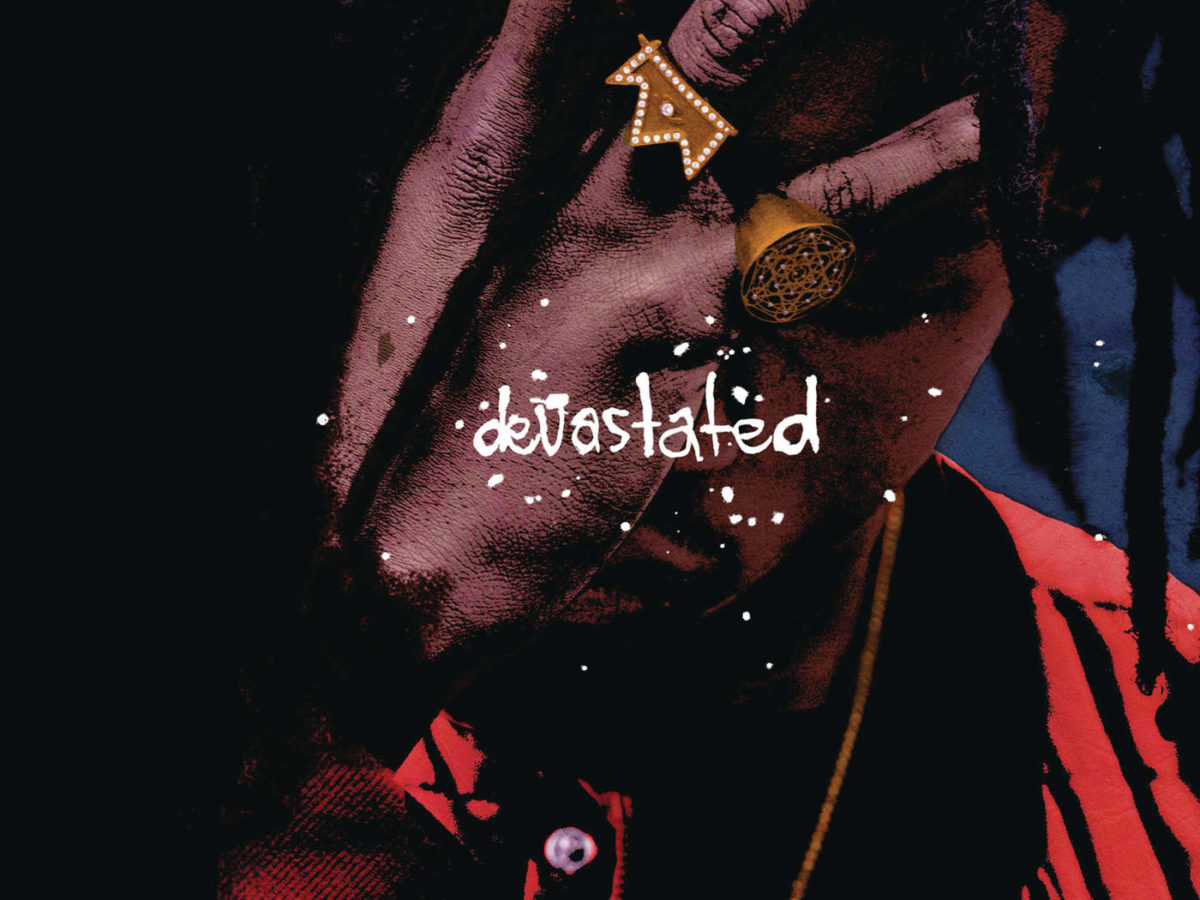 New York’s favorite badass is back, and he’s on top of the world. Joey Bada$$, leader of one of the East Coast’s premiere hip-hop collectives Pro Era, has released a new track titled “Devastated.” Its mood is not devastating at all, however, for this is a song of hope.

As a direct product of New York’s traditional hip-hop roots, Bada$$’ discography has featured heavily lyric driven tracks guided by no-nonsense boom bap beats. These features can still be seen on “Devastated,” but in a different way.

The production, courtesy of Adam Pallin, Kirk Knight, and Powers Pleasant does not completely waver from what one would hear on a project like 2015’s “B4.DA.$$,” but it does have a distinctly uplifting tone to it that sets it apart from the more dark and subdued beats of Bada$$’ previous work. The drum patterns and backing guitar strums assist the positive feeling and airy sounds that serve as a sonic blanket for the rapper’s vocals to rest on.

On “Devastated”, Joey Bada$$’ technical skills get a great deal of exercise!

Resting is not all his vocals do, however. In fact, Joey Bada$$’ technical skills get a great deal of exercise on this track as he effortlessly rolls through rapidly advancing flows. When the hook comes around, Bada$$ elevates his vocals to a new level of expression, half singing, half shouting words of hopefulness:

I used to feel so devastated
At times, I thought we’d never make it
But now we on our way to greatness
And all that ever took was patience

This chorus and the corresponding verses around it may in a way not have the same lyrical depth as Bada$$’ other work, but they still deliver a solid message in a very straightforward way.

Make no mistake, between his lowly upbringing and unfortunate events such as the passing of Pro Era founder and friend Capitol Steez, Bada$$ has faced his share of hardships. On “Devastated,” however, he makes good with the tough times and uses them as fuel to bring a positive outlook to the table of a genre so often bogged down by negativity.

With an impressive track record and this promising single, it seems that fans of Joey Bada$$ have a lot to look forward to. Listen to “Devastated” on iTunes here!