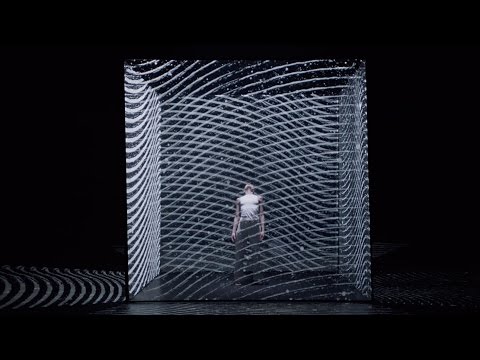 A few weeks ago, we fell in love with “Still Feather”, the brand new track by Kan Wakan as we named it Best New Track. Captured by the energy of the track, the artist delivers an impressive 360 experience.

The video marries perfectly the hearing experience, as we are covered entirely by the visuals. The hazy emotion of the track is pictured by the dancer who can evolve in between fragility and power. About the video, Kan Wakan explained:

The concept for “Still Feather”’s music video was to draw on an enveloping sensory experience of augmented reality in a somewhat organic way. We utilized 360 degree animation, which we cast from above against the transparent walls of an isolated cube on a sound stage. Inside, our dancer and the animations perform in unison; the ebb of one flowing with the other to create an almost claustrophobic 3-dimensional space. Utilizing tight camera angles from the outside, we hoped to envelope the viewer pulling them into the projected world. Throughout the choreography we see the dancer interact with the animation, her attempts to escape and shift the space seeming to bring the artist and the environment into a greater unity, causing a deeper connection between the two.