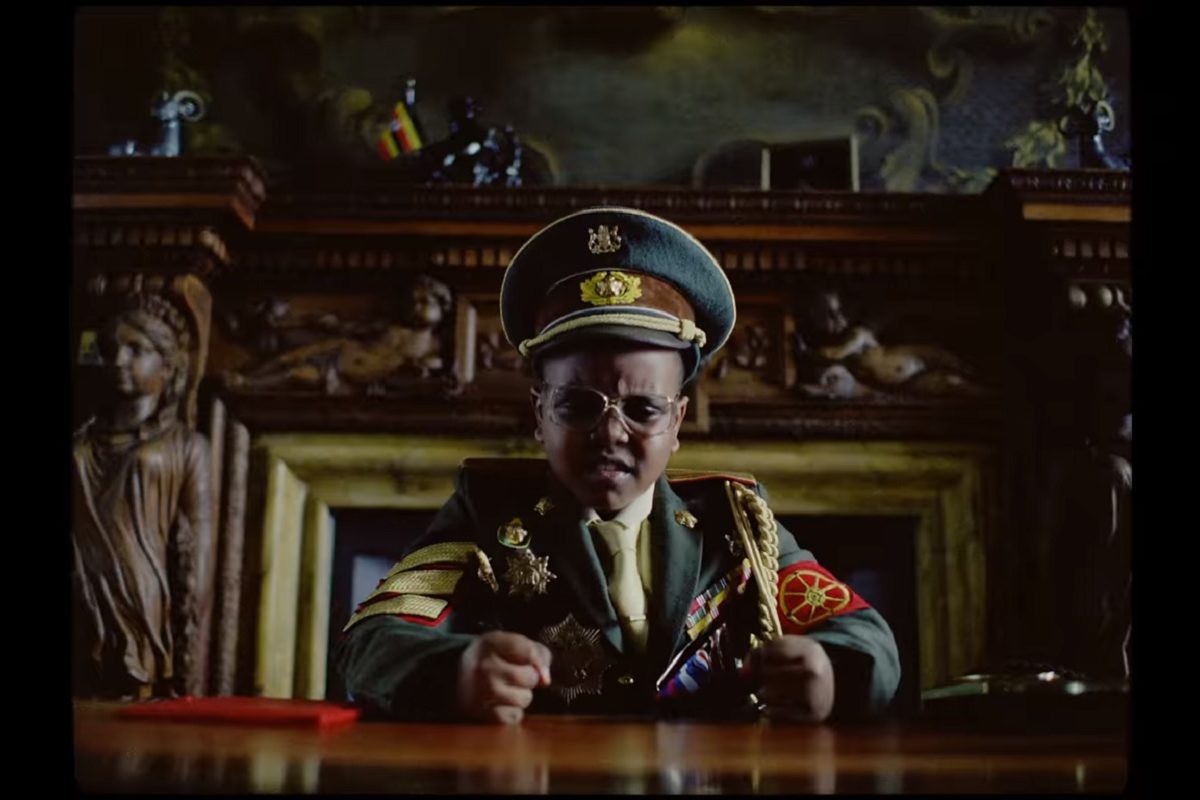 “Toy” is one of the highlights off of Young Fathers‘ new album “Cocoa Sugar,” out now via Ninja Tune.

Back in March, Scottish trio Young Fathers shared their third album “Cocoa Sugar,” featuring the singles “Lord” and “In My View“. Today, they offer the video treatment to one of the other highlights from the LP: “Toy.” The video was directed by Stink Films director Salomon Ligthelm, who already signed the visuals of their single “Mr Martyr” back in 2014. In this new video, kids take power in a dictatorial way.

The tone of the track is so visceral and abrasive, which I think marries the political subject matter perfectly. I honestly just really like the idea of seeing dictators behaving like spoilt little children – pissed with the world, because things aren’t going their way. Looking at the political climate of our time, I’d say truth is certainly stranger than fiction.

Young Fathers are in the middle of a tour and you can check their remaining itinerary below: