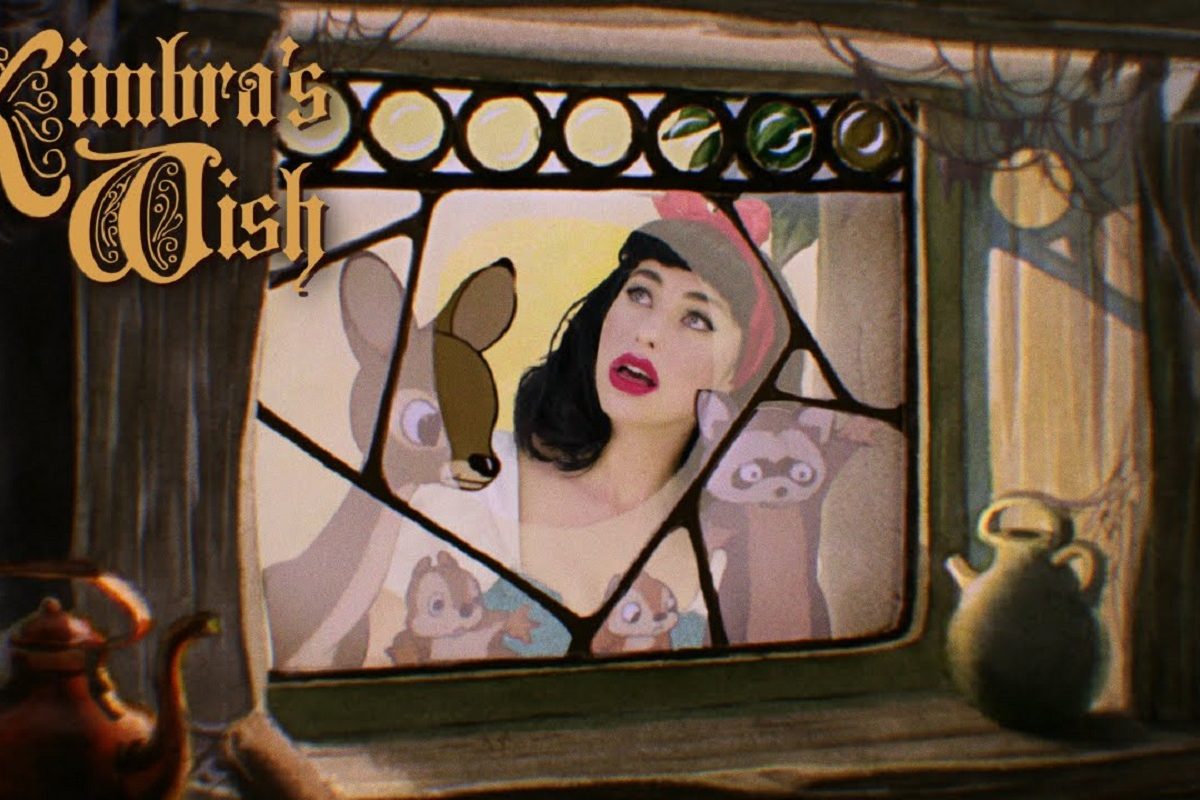 Kimbra‘s new track “I’m Wishing” is taken from the compilation We Love Disney. “You dreamed it, they made it.”

Back in December, Kiwi singer Kimbra recorded her own version of Adriana Caselotti‘s “I’m Wishing,” a song taken from Disney‘s animated classic “Snow White and the Seven Dwarfs”. The track is part of the compilation We Love Disney which also features Dannii Minogue, Fatai, Titanium, and Harrison Craig amongst others.

With this R&B rendition, Kimbra dusts off the song, propelling it into a brand new universe. The cover also comes with a video, which was directed by Adam C. Sager.

About the story of the video:

“The video was born from a mutual desire to honor Disney for the years of beauty and inspiration the studio has provided both Adam and Kimbra through its animated films and music, especially “Snow White and the Seven Dwarfs”. Kimbra had recently been invited to cover a classic Disney song for a tribute album being produced by Universal Music, while Adam had spent the last 10 years studying and developing techniques of digital integration (compositing)… the pieces were all in place. So, over lunch in Portland on April 14th, 2015, Adam and Kimbra made the decision to venture together into the magical world of “Snow White”.

Adam spent the next month preparing an edit, assembling a production crew, and working through the many technicalities of the production. In May 2015, Kimbra traveled back to Portland, and the crew spent 2 days shooting all the perspectives and performances needed to insert Kimbra into Adam’s edit. The following few months consisted of meticulous digital paint, roto and compositing tasks for Adam and his post-production team (which included many of his VFX students at George Fox University).

Five and a half months after their lunch together, Adam and Kimbra’s passion project was completed, and they are so pleased with how it turned out. Adam and Kimbra sincerely hope their video serves to escort viewers back into the classic films of Disney and into the childlike wonder we all remember experiencing in that magical world of animation.”